Capita called out by the Gender Pay 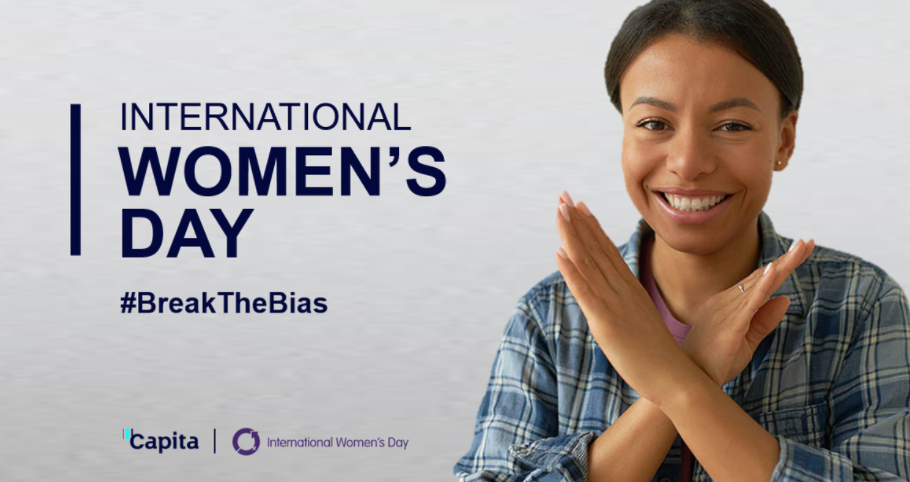 Last week, companies in the UK were called out on Twitter by a clever bot exposing corporate hypocrisy. The bot identified businesses who had tweeted about International Women’s Day, and then matched it up to that company’s public gender pay gap data, sharing the result in a twitter post.

My company Capita were one of those called out. We are not however one of the many companies who subsequently deleted their International Women’s Day post. We know we have an unacceptable gender pay gap, and we don’t hide from it.

So why do I applaud the makers of this app? Despite decades of focus on women’s equality in the workplace, we have real, systemic challenges. I often hear people – even supportive, well-meaning people- say things like “But gender equality isn’t still a real issue is it?” But it is.

I don’t need to repeat the raft of stats, facts and numbers that show that women are not yet equally represented, valued or acknowledged in the workplace. Just stop and think about the number of senior political leaders, FTSE company CEO/CFOs or Board Chairs that are women? You might think of one or two – but you remember their names because they’re an exception.

To come back to the Gender Pay Gap bot – what it did last week was to try and highlight hypocrisy; companies who, to paraphrase some of the comments being shared online; “give out pink fluffy cupcakes once a year and pat themselves on the back for their contribution to gender equality.”

Now the bot itself isn’t perfect. However, it did for example get my company’s figure wrong, quoting the gap for a small subset of our company, not the whole Group. It also doesn’t take into account some of the complexities of the gender pay gap. For example, gender pay gap is not the same as equal pay. Paying men and women fairly has been a legal requirement for decades, and any individual woman who believes she is being paid unfairly in direct comparison to a man in her company who does the same job, should immediately speak to their company’s HR team, or take it to an employment tribunal (at Capita employees can contact me directly if they believe this is happening to them).

The real issue that the gender pay gap exposes is representation. Where a company has a significant gender pay gap, it’s usually because they employ more women than men in lower paid roles, and more men than women in higher paid roles. This is the challenge we face in Capita.

But the simple fact is that gender representation is a problem. It’s a problem for us in Capita, and it’s a problem for thousands of other companies. Some simple steps that can tackle it, which we are implementing, include:

Additionally in Capita we are also:

I don’t think we have all the answers. Gender equity is a global issue, and the challenges women are currently facing in countries like the Ukraine makes our problems of representation seem small in comparison. But every step matters – no matter how incremental - and we will keep going forward.

Capita - Harnessing the power of the Reserve workforce

It’s Reserves Day today, which gives us a welcome chance to honour those among us who offer their time to serve with our Reserve Forces. The skills, expertise, and real-world knowledge that service...