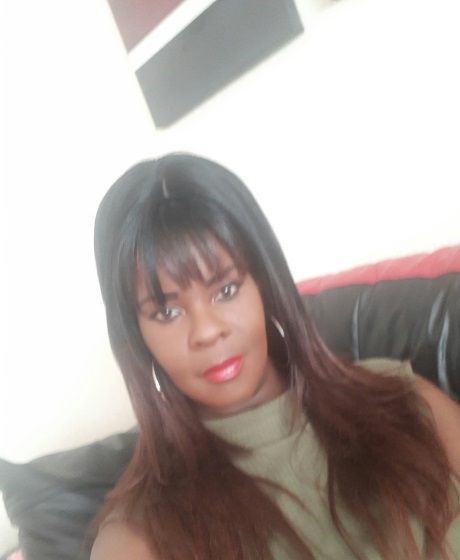 I’m currently the Development Programme Senior Co-ordinator, but will be changing shortly to PA to Talent Director. I have been employed at UK Athletics for 11 years and I’m a Level 3 Sprints & Combined Events Coach.

It’s a sentimental time for me. I’ve always been interested in Black History. When I was at school I chose the study of Black British in Britain as my CSE project. I think it’s fantastic that we celebrate this each year and that the children of the future will understand where they came from and the struggles our parents and families went through to get to where we are today.

There are many individuals that I admire. The one that stands out to me in sport is Muhammad Ali. Not only was he a formidable sportsman, and a champion, he stood up for what he believed no matter what it would cost him. He was also one of the best entertainers of all time, plus he was a handsome man, and he knew it. Growing up most homes had a photo of him on their wall. 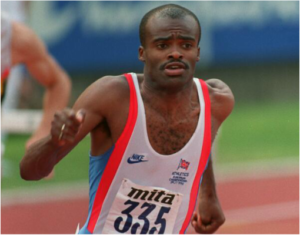 Born Kezie Uchechukwu Duru Akabusi on 28 November 1958, his first international successes were with the British 4x400m relay team, winning a silver medal at the 1984 Summer Olympics, golds at the 1986 Commonwealth Games and 1986 European Athletics Championships, and silver at the 1987 World Championships in Athletics.

He progressed individually in 400m hurdles from the late 1980s onwards, taking bronze at the 1989 IAAF World Cup. His time of 47.93 seconds to win the 1990 European Athletics Championships was a British record, and he also won gold at the 1990 Commonwealth Games. Akabusi reached the peak of his career over the next two years, winning a hurdles bronze medal at the 1991 World Championships and anchoring the British team to a narrow victory over the American team in 2:57.53 minutes – a British record for the 4 × 400 m relay. He followed this with a British 400m hurdles record of 47.82 seconds to take the bronze medal at the 1992 Barcelona Olympics, where he also won bronze with the 4×400 m relay team.

Since retiring from athletics, he has worked as a television presenter and motivational speaker.

Black History Month is a month-long celebration of the achievements of Black people throughout history right up to today. It is an opportunity for everyone to learn about the history and the Black c...