Last year, as an organisation we took part in our first Pride parade march in London, a proud moment for all involved that day.

Our work with partners has been incremental and at each stage progress has been made, but we know we still need to do more for LGBTQ+ people to feel truly included in our game.

In the absence of not being able to march again in 2020, and as we look to new ways of commemorating Pride, it’s important now more than ever to reflect on our foundations, our history and who first sacrificed for our rights to march and celebrate today.

Football, like Pride, has always had the power to bring people together. Through celebration, shared common goals and through the positive impact clubs at all levels can have as pillars of their communities.

Up and down the country, clubs and LGBTQ+ fan groups celebrate their history, legends, trailblazers and never forget their foundations. Pride is no different. 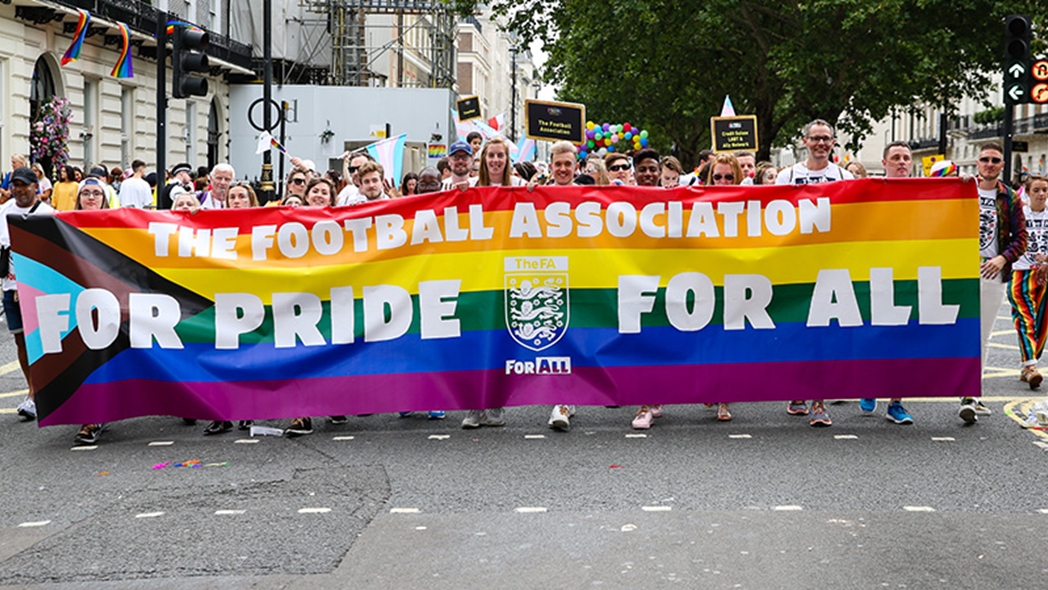 Within the UK, we've seen many crucial battles and rights won over the years. However, it’s black and trans communities who still continue to face disproportionate attacks on their civil rights and their identities.

As we celebrate Pride Month, let’s remember that we march on the shoulders and the foundations that black LGBTQ+ people built. Marsha P Johnson, Stormé DeLarverie, Sylvia Rivera – these are our icons, these are our trailblazers.

In remembering that, we must also connect with history and be curious in our minds as to where it all began and why, which you can read more of below.

We're committed to furthering the involvement of LGBTQ+ people in football and we'll continue to do this by working with stakeholders who share our values of making Football For ALL.

Many clubs now have LGBTQ+ supporters' groups, such as Crystal Palace's 'Proud and Palace'.

A history of Pride

On 28 June 1969, the Stonewall Uprising took place in the context of a broader civil rights movements, which occurred between the LGBTQ+ community and the Police, led by lesbians and trans women of colour.

Among them were some of the key people involved in the act of resistance, including Stormé DeLarverie, Sylvia Rivera and Marsha P. Johnson.

A number of UK activists were involved in some of these key moments in the US movement, and they came back to Britain to form a British chapter of the Gay Liberation Front. Meeting for the first time at the London School of Economics’ library in October 1970, the first UK Gay Pride Rally took place a few years later on 1 July 1972, in London.

20 years after the uprising, Stonewall was created to fight this discrimination in the UK. On 11 September 1988, at a meeting held in Sir Ian McKellen’s house in Limehouse, the basic aims were drawn up with the first Limehouse Declaration, announcing the launch of the Social Democrat Party. In May 1989, the new group sent a press release to the LGBTQ+ press announcing the founding of the Stonewall Group.

Over the next 30 years, Stonewall have had a major impact on the lives of LGBTQ+ people in Britain and around the world. In the UK, the LGBTQ+ movement has won employment rights, parenting rights, partnership rights and an equal age of consent. 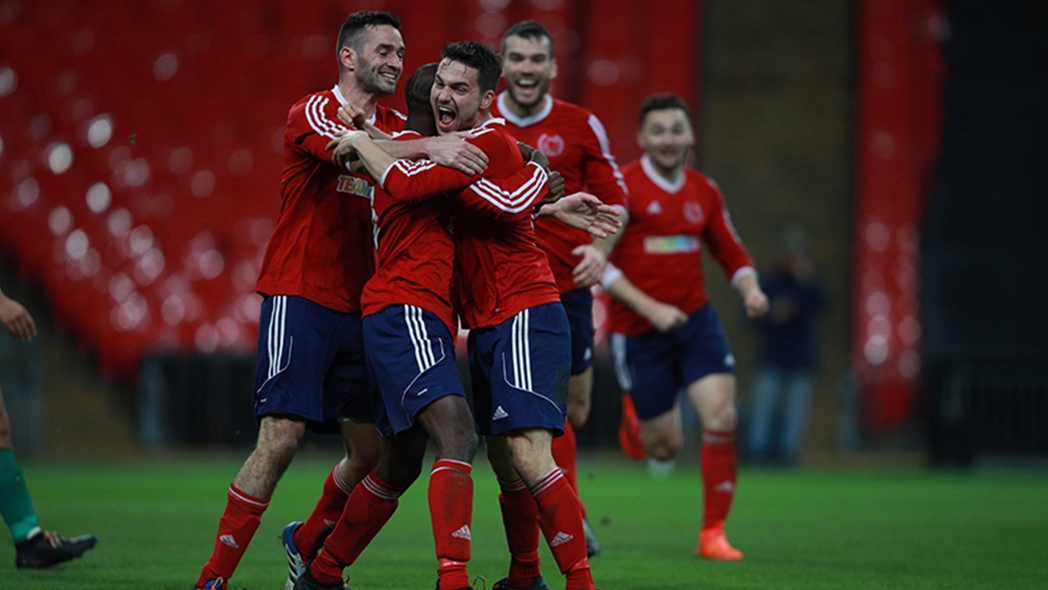 Stonewall FC were welcomed to Wembley Stadium for their league game with Wilberforce Wanderers in November 2018.

UK Black Pride is Europe’s largest celebration for LGBTQ+ people of African, Asian, Caribbean, Middle Eastern and Latin American descent. They run an annual celebration during Pride month, as well as a variety of activities throughout the year in and around the UK, which also promote and advocate for the spiritual, emotional, and intellectual health and wellbeing of the communities they represent.

“In the words of Audre Lorde: ‘There is no such thing as a single-issue struggle because we do not live single-issue lives. Our struggles are particular, but we are not alone’.”

Being An Ally For Equality: FA Director Polly Handford

As legal and governance director at the FA, the division for which I have responsibility plays an integral role in the fight to eradicate all forms of discrimination from our game.   The Rainbow Lac...

We have today launched a version of the Football Leadership Diversity Code tailored for the National League System, Women’s pyramid and grassroots football, aiming to tackle inequality and improve re...

The Football Leadership Diversity Code for the elite game launched in October 2020 and now has over 50 signatories across the top tiers of the men’s and women’s game, including all Premier League clu...