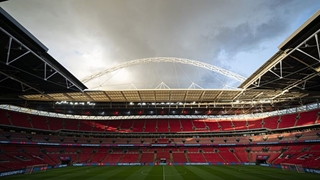 The platform will create greater transparency of roles available across English football.

We have today launched a central careers platform to create greater transparency of roles available to individuals across English football, and to help organisations and clubs reach a larger and more diverse audience of candidates.

Any organisation or club which has signed up to the Football Leadership Diversity Code will be able to advertise vacancies on the platform, which can be found here.

We launched the Football Leadership Diversity Code for the professional game in October 2020, with signatories including the Premier League and over 40 clubs across the Premier League, English Football League, Barclays FA Women’s Super League and FA Women’s Championship. Its aim is to increase equality of opportunity, moving away from recruitment practices focused on personal networks, and ensuring that candidates across the game are recruited from diverse talent pools. 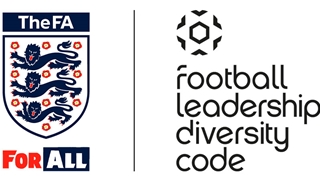 The Football Leadership Diversity Code was launched in October 2020

With the visibility of roles across English football identified as a key issue during the development of the Football Leadership Diversity Code, all signatories agree to advertise appropriate roles centrally for at least two weeks to help reach a broader audience and attract more candidates from both within and outside of the game.

Since its launch, a further 10 clubs have signed up to the Football Leadership Diversity Code, taking the current total of club signatories to 51. In addition to this, the English Football League and several recruitment agencies have committed to being signatories of the Code.

Edleen John, our Director of International Relations, Corporate Affairs and Co-Partner for Equality, Diversity and Inclusion, said: "A key aim of the Football Leadership Diversity Code is to ensure recruitment processes across English football become fairer and more transparent. The launch of the careers platform will support signatory organisations and clubs in reaching a broader and more diverse pool of talent. We hope that this centralised mechanism will create greater visibility and awareness of the roles available across football, which will enable individuals from other industries to consider coming into the game, whilst increasing equality of opportunity for those already in the industry and looking for their next role.

"We are delighted that more clubs continue to sign up to the Code, evidencing their commitment to this important agenda. We truly believe it will lead to positive, long-term change across the game, ultimately changing the landscape of English football for the better."

Later this year, we will launch a version of the Football Leadership Diversity Code tailored for the grassroots game, with further details to be announced in due course.

We have today launched a version of the Football Leadership Diversity Code tailored for the National League System, Women’s pyramid and grassroots football, aiming to tackle inequality and improve re...

Backed by Let Girls Play ambassadors Abi, 17, and Olivia,15, along with Barclays’ ambassador Kelly Smith MBE, the Let Girls Play campaign will inspire and empower communities and schools to want to he...