Taking a Look at Black Pioneers of English Football 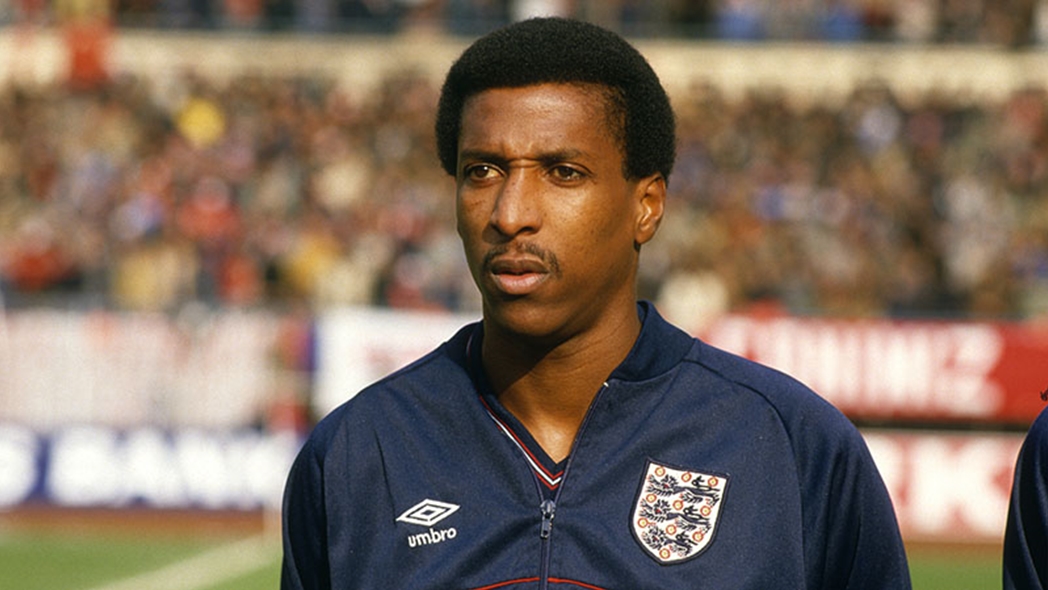 Viv Anderson is among our ten Black icons, as Black History Month takes place in October

As Black History Month 2021 runs throughout October, we take a look at some of English football’s BAME pioneers...

The Ghana-born goalkeeper is widely considered not only England’s, but the world’s first Black professional footballer. He started his career at Darlington and was also part of Preston North End’s so-called ‘Invincibles’ during the 1880s.

Wharton was quick and athletic, even setting a new world record for the 100-yard dash (ten seconds) at Stamford Bridge in 1886. On 16 October 2014, we unveiled a statue honouring him at St George’s Park. 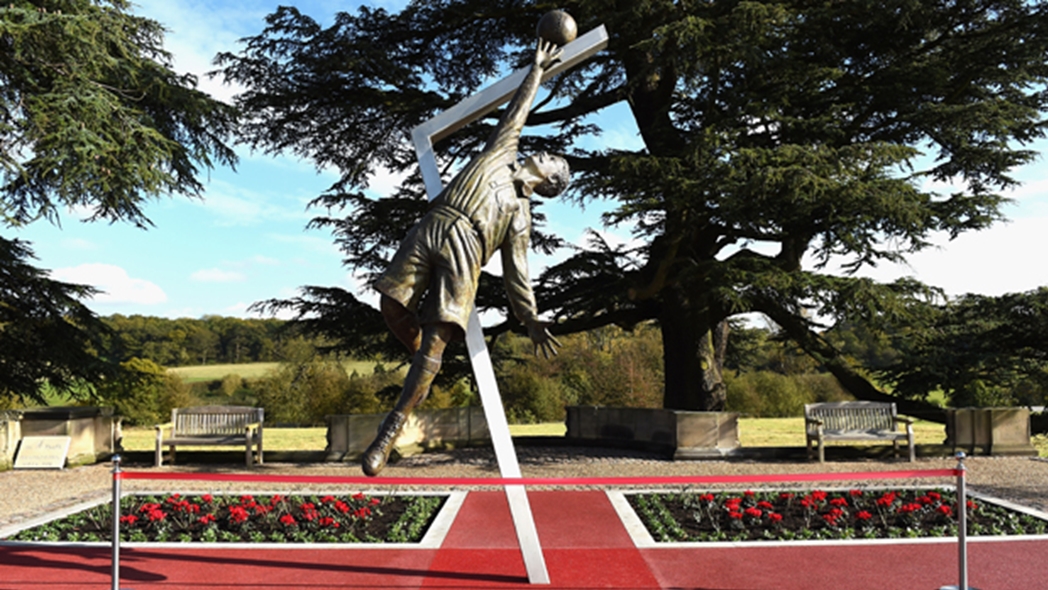 The statue of Arthur Wharton at St. George's Park

Clarke made her professional debut for British Ladies in 1895 in Crouch End in front of a crowd of over 11,000, and graced famous stadiums like Wembley, St James’ Park and Portman Road.

Clarke also played in goal, though was actually confused for decades with fellow keeper Carrie Boustead, who was originally billed as the first Black female footballer until historian Stuart Gibbs discovered she was actually white.

Collins, who sadly passed away in February at the age of 94, became England’s first Black manager when he took charge of Rochdale in 1960. He led them on a fairytale run to the 1962 League Cup final where they lost to Norwich City.

A former left-winger who made 90 appearances for Watford, Collins received the Service to Football Award at the 2017 League Managers Association Awards. He was caretaker manager for Bristol City and chief scout for Don Revie at Leeds United. When Revie became England manager in 1974, Collins helped compile dossiers on various opponents. When one was leaked to the media ahead of a game against Scotland, Collins was given the nickname, ‘Football’s Superspy’.

The West Ham United defender first represented England's youth teams on 20 May 1962, and thus became the first Black player to feature for a representative team when he scored against Israel in Tel Aviv in a UEFA tournament, a 3-1 win for the Young Lions.

In March 1963, the MU18s travelled for a game in Switzerland and on 21 March 1963 he was in the side that beat the Swiss by 7-1 in Bienne. He also played in and won the 16th International Youth Tournament which was held at the now extinct Shepherd’s Bush Stadium in London from the 11-23 April 1963.

John also played for Young England v England at Highbury in April 1967, when they beat the World Cup winning team by 5-0. 'Young England' was for players aged up to 23 and John was 21 on this date. He went on to play over 100 games for the Hammers before retiring. Sadly, Canning Town-born John passed away in August 2002 at the age of 57.

In 2013 the FA, in conjunction with BBC London, were able to confirm the 64 year old was the first Black footballer to represent England schoolboys. In March 1971, the then 15 year old was called up for England schoolboys in a 1-0 win over Northern Ireland. Odeje was known as ‘Pele’ by his peers after scoring almost 400 goals in youth football. He went on to play for Charlton Academy, Hendon, Clapton and Dulwich Hamlet, while after retiring he coached at Queens Park Rangers, too.

Anderson was the first Black player to win a senior England cap in 1978 against Czechoslovakia. The speedy and tenacious right-back went on to claim 30 caps and was part of the squads at two World Cups, Spain 1982 and Mexico 1986, although he didn't make a single appearance at either.

Anderson played under Brian Clough at Nottingham Forest – who he has often praised for helping him deal with racist abuse – and was Sir Alex Ferguson’s first signing (along with Brian McClair, who joined at the same time) at Manchester United in 1987. 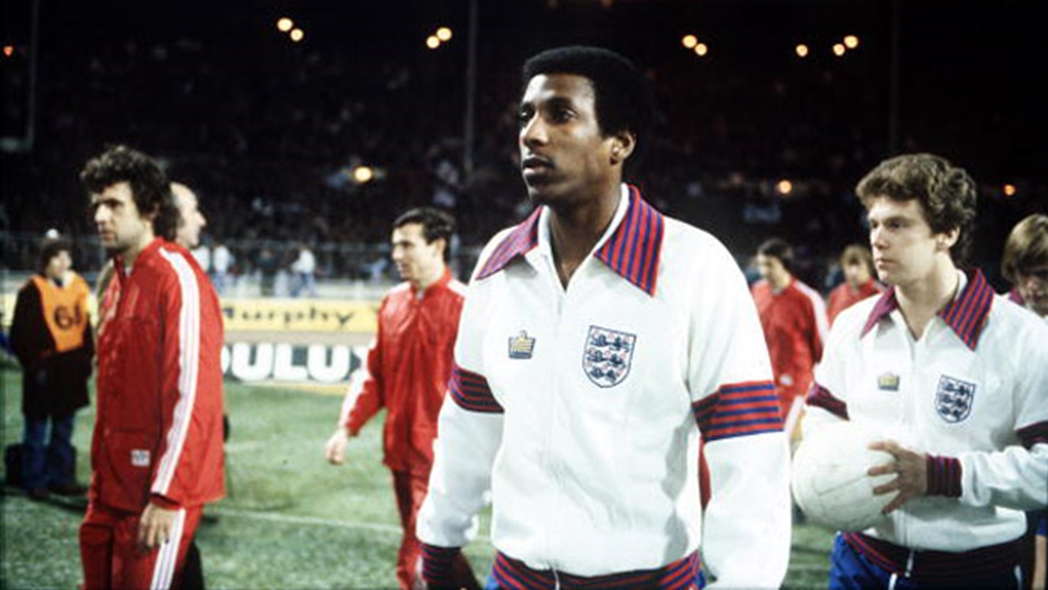 Viv Anderson walks out at Wembley in 1978, to become the first black England senior international

Regis scored 112 goals in 297 appearances for West Bromwich Albion and also played for Aston Villa and Coventry in the English top-flight, winning the 1987 FA Cup with the latter.

A true pioneer for Black footballers, he played alongside Lawrie Cunningham and Brendan Batson during his time at the Hawthorns, with the trio nicknamed the ‘Three Degrees’ by their then-manager Ron Atkinson.

Regis won his first England cap in 1982 in a 4-0 victory over Northern Ireland. He sadly died in January 2018 of a heart-attack, but will always be remembered for paving the way for future generations of Black footballers.

The Jamaican-born striker became the first Black player to score a hat-trick for England, netting three times on his debut in a 9-0 victory over Luxembourg in 1982.

Domestically, he is best known for his fruitful partnership with John Barnes at Watford and spells with AC Milan (who he joined for £1 million in 1983) and Bournemouth. Blissett still holds Watford's all-time records for both appearances (503) and goals (186). 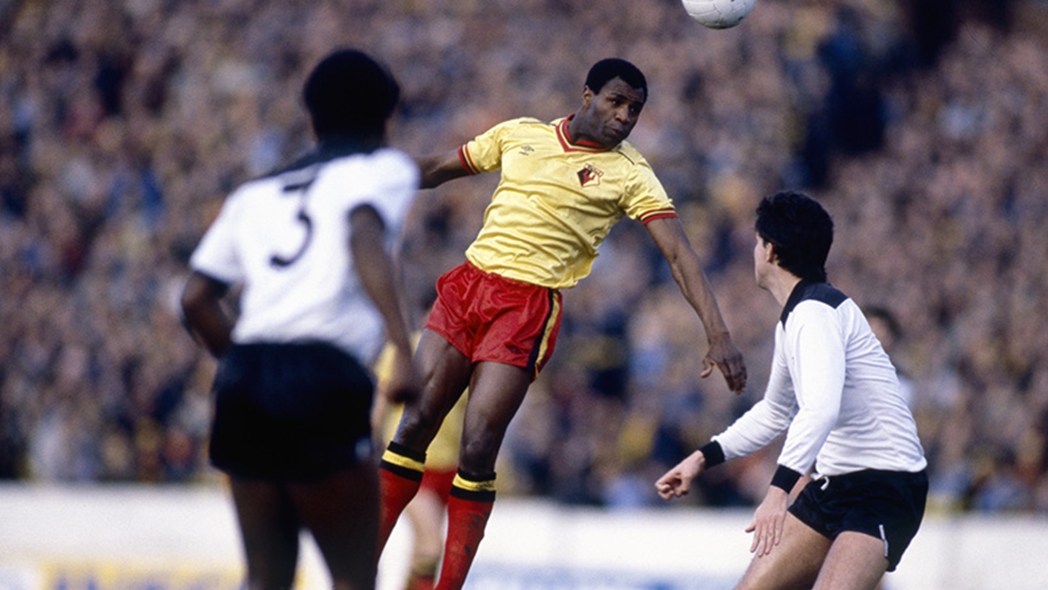 Luther Blissett in full flight for Watford, the club where he made his name in England

Uriah Rennie was one of England’s top referees. At his peak, the now 60-year-old was described by Keith Hackett (head of the Professional Game Match Officials Board) as “the fittest referee we have ever seen on the national or world scene”.

Rennie took charge of over 300 Premier League games and officiated the 2001 play-off Final as Bolton Wanderers beat Preston North End 3-0 at Cardiff’s Millenium Stadium. Rennie retired in 2004 and is now president of Hallam FC, who play at the world’s oldest football ground, Sandygate Road, in Sheffield. He has also been elected as an FA Council member, representing the Sheffield and Hallamshire County FA. 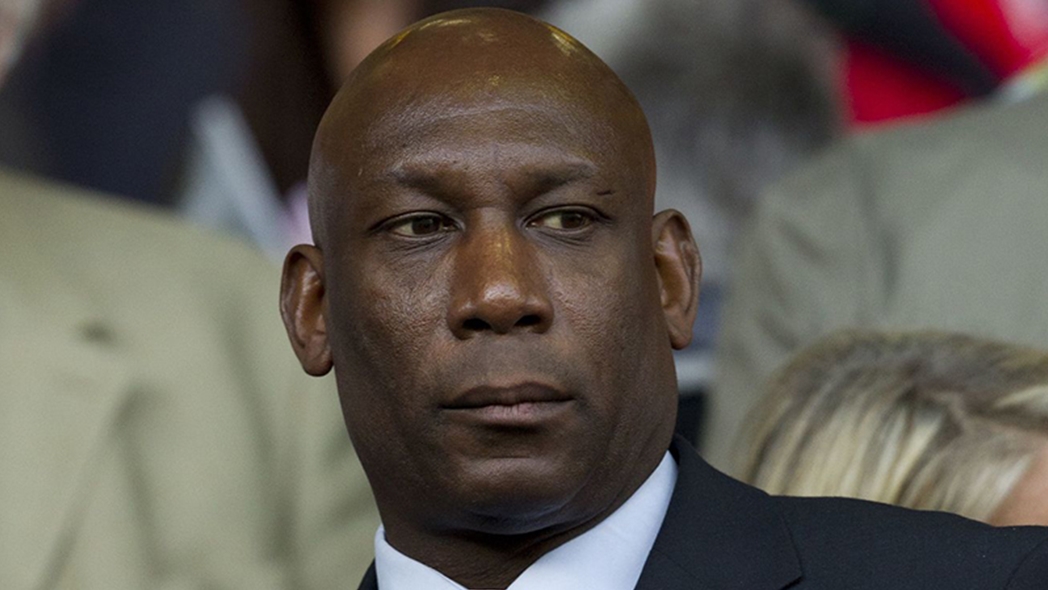 Uriah Rennie was one of England's top referees during his career

Heralded as one of Liverpool and Watford’s greatest stars, Barnes won 79 England caps. Born and raised in Jamaica, he moved to London when he was 12 and after starting his career with Watford went on to win two titles at Anfield after his move north, with his speed and vision mesmerising fans all over the world.

He was also voted the 1988 PFA Players’ Player of the Year. Both as a player, and since retiring, Barnes has been a vocal voice on issues such as racism and discrimination, appearing regularly at rallies and as a guest on BBC One’s political affairs programme Question Time. 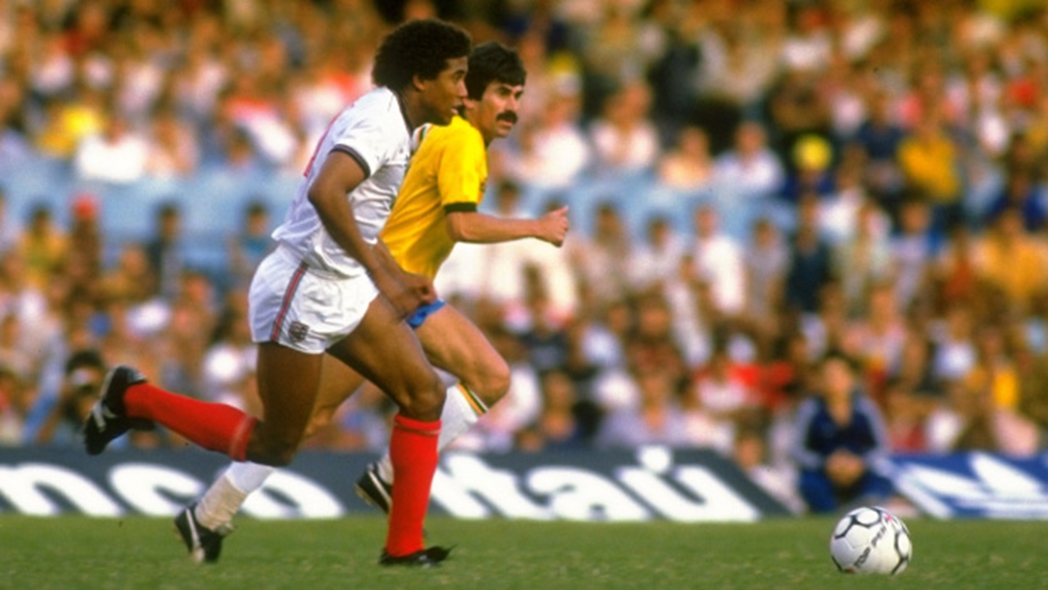 John Barnes in action for the Three Lions against Brazil, a game in which he scored one of England's finest goals

The 54 year old is currently manager of Brighton Women in the Barclays FA WSL, but is perhaps best-known for her tenure the first female and Black manager of any England national team.

She was also the first female ever to obtain a UEFA Pro licence –the highest qualification available to a coach in Europe. 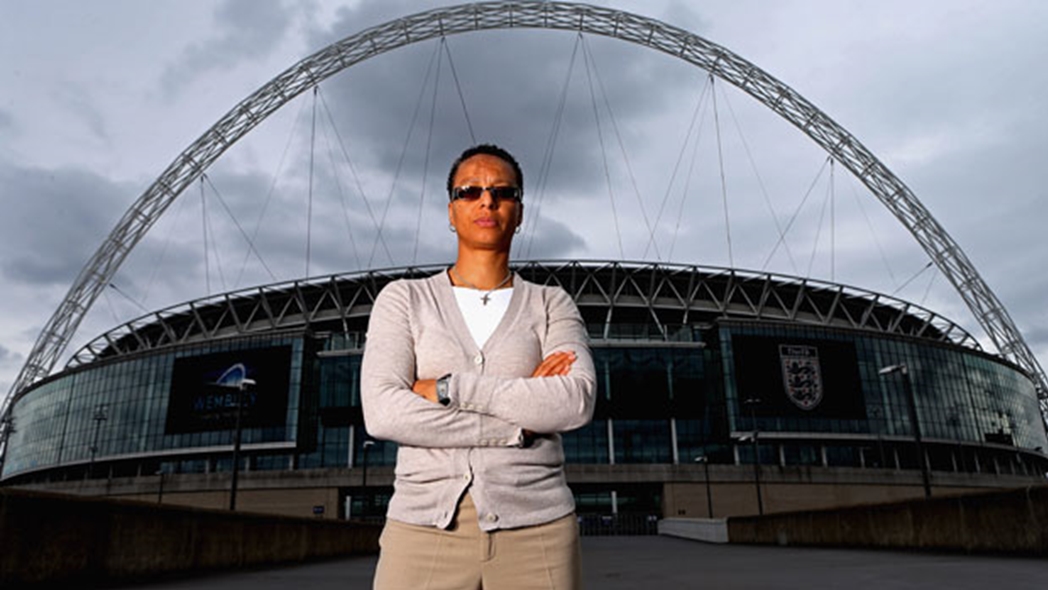 Hope Powell has been a pioneer for women's football in England, both as a player and coach

Tomica Dowden, Deputy Manager Corporate Services talks to us about the culture at Brit

This October for Black History Month, we spoke to Tomica Dowden, Deputy Manager Corporate Services at Brit Insurance about the work culture at Brit. Tell us a bit about your role at Brit? “I’m Tomic...