We spent some time with Skanska UK’s new-(ish) Executive Vice President Swati Paul to find out more about her life and career (plus Netflix and chocolate). 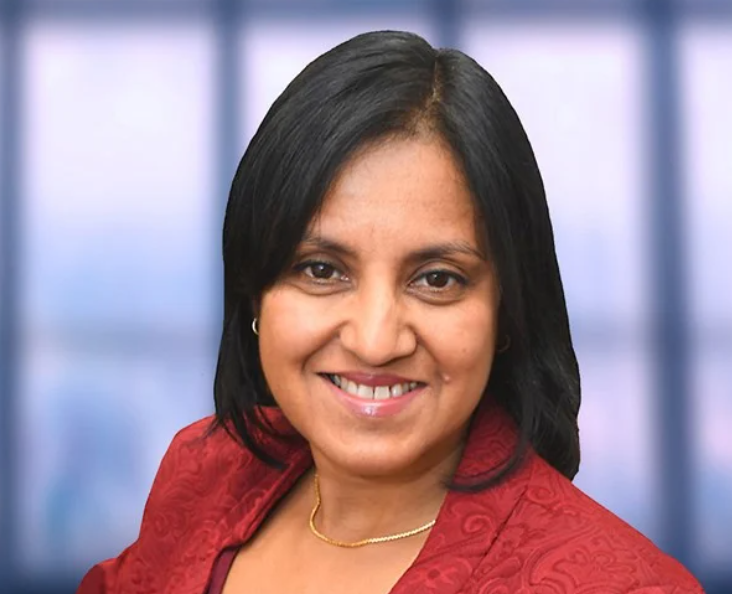 After four interviews, multiple informal discussions with the recruiter and a number of psychometric evaluations, Swati Paul thought she might be in with a shot at the big prize.

“Those tests were tough,” she remembers with a smile today. “One of them was a three-hour session with an occupational psychologist. It was like being cross-examined in court, because I was asked one question, and then asked what sounded like the same question, but put in a slightly different way.”

The prize in question was the role of Skanska UK’s new EVP - and she wasn’t quite there yet. A one-to-one with UK President and CEO Gregor Craig followed, her first face-to-face interaction in the whole process. There was also a meeting with Gregor and Group General Counsel Caroline Fellenius Omnell. Only then, in late 2020, was she finally offered the role.

“I was attracted to Skanska because they seemed to be looking for someone to lead the legal function, but who also had good commercial and strategic skills,” she says. “It was also at EVP level so there was a real opportunity to influence the strategic direction of the business rather than being a narrow legal role.”

A key element to the role was ensuring Skanska’s approach to ethics continues to permeate everything we do. “With a lot of companies that just doesn’t feel genuine. There might be a statement on the website about their ethical approach, but it’s not reflected in day-to-day life. I didn’t feel that at Skanska.”

That ability to cut through to the essence seems to have sat with Swati since childhood. Growing up in the London suburb of Hendon, she quickly realised she would have to drive her own advancement. “The school I attended was pretty rough and I thought the only way out of this is to get my head down and study. My parents were very pro-education, so I had a very supportive home environment. And they always made me know that if you wanted something and worked hard, you could get it.”

Following A levels, Swati studied for a degree in law at London School of Economics (LSE). The course was attractive to her as it was less traditionally focused than at other universities. “LSE was very multicultural and very cosmopolitan, quite a revelation and a breath of fresh air, to be honest. For the most part, people just accepted everyone else and were generally friendly and took you at face value.”

Following her graduation, Swati took up roles at corporate law firms in the City. These roles provided an excellent grounding for a career in commercial law and business, generally. This was because they gave her the opportunity to work for private and public sector clients, in the UK and abroad. However, once Swati had children, she felt that the time commitment needed to progress her career within such firms, was too high.

With two young sons to help raise, in-house counsel roles at Ofgem and Transport for London (TfL) gave Swati the work/life balance she needed, as well as the chance to undertake challenging legal work. She took up her role at London Luton Airport in 2015, just as it was experiencing a period of rapid expansion. Her role at the airport started as a sole in-house lawyer and general counsel, advising on commercial contracts, and then significantly evolved. This included reporting to the CEO and being part of both the executive management team and the board.

The journey from Hendon to Skanska’s head office at Maple Cross might be less than 20 miles, but it’s been an eventful one for Swati Paul. It’s also provided her a fascinating perspective on Skanska’s own recent progress towards meaningful inclusion and diversity. This includes recent research called Your Lived Experience, which aims to better understand how different demographic groups experience working at Skanska.

“I was very impressed with the commitment to the research, the resources that went into it as well as the commitment from President and CEO Gregor Craig to give a hearing to as many different groups as possible. It’s a very good signal from the business that it’s serious about this issue.”

Swati has now been at Skanska for nine months. Despite it being largely a virtual experience in the early days, she now feels acclimatised to the world of construction and ready to promote Skanska even further as an ethical leader. “I think the profile of our ethics committee needs to be raised, especially on our sites, in a way that makes it more accessible for everyone to understand the importance of this issue. I'm not saying we’ve cracked that, but it's something we're working hard on.”

With both her sons now at university, things are opening up in other ways for Swati. Covid restrictions permitting, she’s looking forward to expanding her social activities beyond Netflix and chocolate. She would like to go to the theatre, travel outside the school holidays (even managing a recent trip to Lisbon) and see some live music.

Swati would also like to ensure that the knowledge and expertise learned during her career can be passed on. “In terms of women, or even ethnic minority women, in senior legal roles, there still really aren't that many. There are even fewer in senior director-level roles. Some are emerging, but not in huge numbers. If I was a 22-year-old looking at me now, I might think ‘That’s interesting. She's done it, so it shows it’s possible.’”

Find out more about working at Skanska

In celebration of International Women’s Day on 8 March 2022 and Women in Construction Week, three of our female colleagues from Cementation Skanska share their journey into construction Today, Katie...

Skanska: Breaking the bias in construction

In a week that has celebrated International Women's Day and Women in Construction Week, we've been highlighting just some of the incredible work that women are accomplishing in construction. This w...

Visitors were welcomed to look behind the scenes at a range of live construction sites and see first-hand the variety of career opportunities the industry has to offer.     Open Doors week is...