Sainsbury’s has today announced the extension of a new trial to help enhance the shopping experience for customers with hidden disabilities.

The trial enables customers with hidden disabilities to collect a lanyard which indicates to colleagues that extra support is needed. Following a successful launch at Sainsbury’s Barnstaple store, the retailer will be rolling it out to a further nine stores next month.

Sainsbury’s is the first supermarket to trial the initiative as it continues to build on its vision to be the UK’s most inclusive retailer. 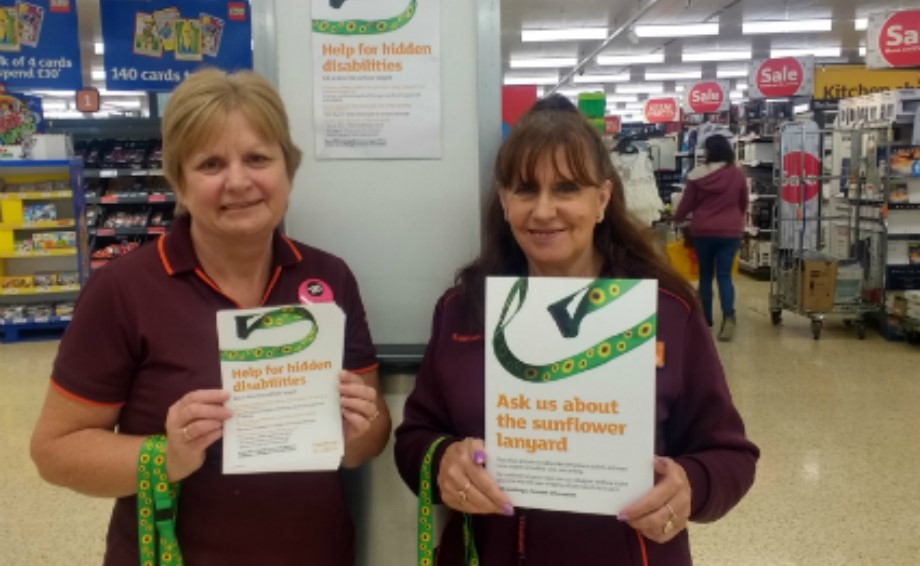 Sainsbury’s has today announced the extension of a new trial to help enhance the shopping experience for customers with hidden disabilities. The initiative will offer shoppers the option to pick up a lanyard, which has been purposely designed to act as a discreet sign for store colleagues to recognise if they may need to provide a customer with additional support when in store.

Launched initially in Sainsbury’s Barnstaple and rolling out to nine more stores next month, the scheme helps those with a number of disabilities, such as autism, dementia, visual or hearing impairment. Colleagues will be happy to provide extra support such as opening a new checkout lane, assisting with finding shopping items or simply giving them more time at the checkout. Lanyards will be available to collect for free and are for each customer to keep so they can wear it every time they come into store.

Sainsbury’s is the first supermarket to test the initiative, following Gatwick Airport’s successful launch, in which over 10,000 lanyards have been collected to date. By using the same sunflower lanyards as Gatwick Airport, Sainsbury’s hopes to encourage other retailers to follow suit, meaning customers have the option to wear their lanyard in shops across the UK, in the knowledge that store colleagues will recognise what it stands for.

Tim Fallowfield, Company Secretary & Corporate Services Director for Sainsbury’s, said: “We want to be the most inclusive retailer and we understand that a busy supermarket environment can present challenges for some of our customers. As the first retailer to offer this service, this initiative is just one example of the steps we are taking to give our customers the best possible experience when shopping. We are working with our colleagues to ensure that they are fully equipped to provide assistance to those who need it and we encourage feedback from local communities where we are trialling the initiative.”

Nikki Barton, Head of Stable Operations from Gatwick Airport adds: “We’re delighted Sainsbury’s is trialling this lanyard scheme. We have found that being in an airport terminal can often be a daunting experience for those with hidden disabilities. The lanyards are a discreet way of bringing hidden disabilities to the attention of staff, which ultimately gives our passengers and their families reassurance and confidence that they will quickly receive the support they need. By working with Sainsbury’s and using the same lanyard design, we hope to set the precedent for other retailers to follow suit.”

Mark Lever, Chief Executive of the National Autistic Society, said: “It’s great to see a supermarket like Sainsbury’s lead the way in trialling initiatives like this. Busy shopping environments can sometimes overwhelm autistic customers and others with hidden disabilities. By introducing schemes like this, Sainsbury’s is continuing to take important steps towards our shared vision of making shops and businesses across the UK autism friendly.”

A customer also told Sainsbury’s: “I must say, it’s a great idea. This morning I did feel a bit stupid having to put on the lanyard and I told my husband I didn't want to wear it, but he encouraged me to. I went to the petrol station first before going to the supermarket  which I would never normally do on my own, but I found the lanyard gave me confidence as I knew people would help me. I'm partially sighted and have early onset dementia, so for me the lanyard is brilliant."

Along with the Barnstaple store, the nine stores confirmed to participate in the rollout of the trial from 1st October, will be: