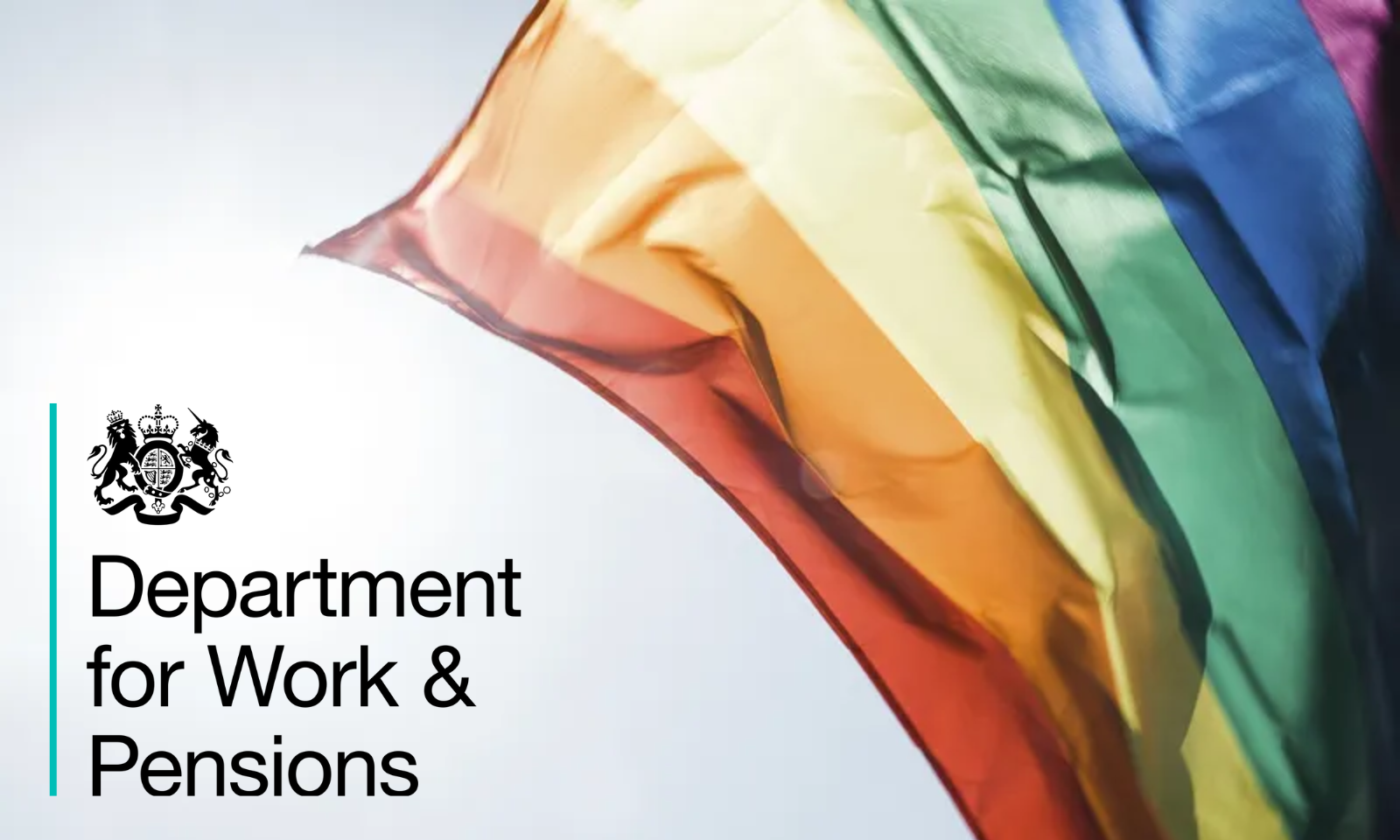 This year we're celebrating 50 years of Pride in the UK! Pride parades, picnics, and marches are a colourful and eagerly anticipated event in many of our communities, and participation has always included friends, family, allies, and supporters. DWP has a footprint in almost every major city and town around the country, and our buildings are often in the heart of the communities they serve. We have a golden opportunity to demonstrate not only to ourselves, but also those communities that are our home, that we support diversity and inclusion in everything we do.

We want to let our customers and passers-by know our commitment to diversity and inclusion. So, in the public areas of our offices, we are actively encouraging colleagues to put out Pride flags on desks, bunting on walls, and balloons.

Our DWP National Pride Picnic will be towards the end of June to wrap up Pride Month. The picnic is an opportunity for centres to decorate, put on fun events, come into work in the full colours of the rainbow, or maybe what colleagues wore to their first Pride Parade! It isn’t just centres. Those working from home are encouraged to do likewise and join in events with office-based colleagues via Teams.

Whilst we can have plenty of fun celebrating Pride, we also need to remember why we do this. Our colleague Paul Graham reflects on this:

During June of each year, I see parades and rainbows, parties, and happy smiling faces but we mustn't forget that all this freedom, this living our lives without prejudice and discrimination has not come easy. And it's come at a price.

Before the late 60's, male homosexuality was illegal in the UK. Men, like me, could have been arrested. Many gay men often were. "Coming out" was not a safe option and walking hand in hand with a partner of the same gender was seen as abhorrent. Strangely enough, lesbian acts have never been illegal, partly due to the fact that "it didn't exist"!

The creator of Coronation Street, Tony Warren, described in his book "Behind Closed Doors" of how Manchester's Gay Village in the 1950s was just a dark, dank area of the city centre "full of ne'er do wells and vagabonds, out to rob and blackmail the gay men who frequented that area".

Any bars and clubs within that familiar area, now a tourist attraction (oh, the irony!), had locked doors and covered windows. Admission was a furtive knock on the door and a nervous wait for a small window to slide open. A face would check you out (what for, I have no idea!) and maybe you'd be let in. Police raids were common in this area and arrests were devastating to the man and his family. He would certainly lose his job. Many committed suicide.

How life has changed

In the UK I am free to express myself as a gay man, to be open and not have to hide a part of me that is so important. I can openly and happily discuss my sexuality at work and know that my team, that friendly, amazing, kind, generous and loving team, just accept me for who I am. I can be proud of me and that LGBTQ+ bit of me.

And I am eternally grateful for those who have fought for my freedom - be they part of the LGBTQ+ community or an ally of.

The Sexual Offences Bill (1967) paved the way but Pride marches and parades, like we have today, were still far off. One of the first UK Pride parades - or March - happened in London in the early 70s with a dozen or so attendees. They were stared at; bottles were thrown at them, and they did fear for their lives. Who knows who was looking at them, ready to beat them to a pulp an hour or two later. Yes, that did happen. Often. A good friend of mine still has the imprint on his forehead where an iron bar was thrashed down upon him by a group of three men after a march.

We still had to stand up and insist that we were taken seriously. Back in the 80s the government of the day insisted that the law should state that homosexuality should never be 'promoted'. Never discussed in schools. Never to be mentioned. I remember, vividly, marching on the Clause 28 march in Manchester - the biggest march that the city had ever seen - to show that we were Never Going Underground. Albert Square was heaving, drag queens were hanging off the Town Hall parapets, the world's press was all over the place.

Back then, I was a writer for a gay newspaper, so I was crowded in the stage area looking out at the most wonderous sight of all these passionate people saying NO. I turned to casually kiss my boyfriend and suddenly we were aware of the media's camera lenses pointing our way. A thousand clicks, a thousand shouts to repeat the kiss. As if it was somehow something weird or unusual or wrong. "What does it feel like to be gay?" shouted one TV reporter. "I feel patronised by your inane question" I replied.

The other day I happily filled out the application form for my community group to be part of Manchester Prides' Parade. It's a hedonistic and mentally over-powering walk, with a thousand others, watched by thousands of allies. And, usually, the occasional little group of chanters, to one side, who attempt to shout away our love.

Every time I walk on the parade, I have always been mindful of those that fought and shouted and cried and died to make that all possible. And I think of those countries in our world, where homosexuality is still a criminal offence. Where you can be hanged for being gay. Where you can be legally murdered for being transsexual.  Where I could not write all these words in this blog.

I'm proud of Pride and, yes, we should party and blow whistles and cover ourselves with glitter! All of us! Whether you are part of the LGBTQ+ community or if you are an important ally, it is a time to equally remember and celebrate. Wear a rainbow ribbon if you like. Change your Teams background!

My Experience of Being Transgender at DWP

I’ve suffered from gender dysphoria since I was two years old. Many of my childhood memories are of gender dysphoria and of being bullied. I was taught from a very early age that it was not acceptab...