We can only create better outcomes with the right people alongside us. That’s why we have created an open, honest working environment where everyone can be themselves and be respected for the value they bring.

We do everything we can to make sure that we create an inclusive culture that reflects the diversity around us – of our colleagues, our clients, their customers, and the communities we work in. To celebrate our differences, and mark Pride 2021, we’re sharing four stories from our people within Capita Customer Management. 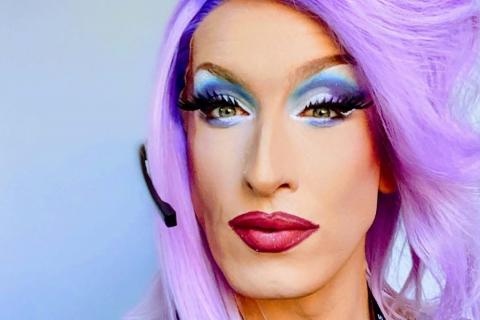 During working hours, you’ll know me as Richard Barker, Team Manager. But some nights, when the moon shines just right, I transform into my Drag Queen alter-ego, Gayle Force. I was no stranger to a pair of tights before Drag – I’ve been rocking them on stage since I was playing the Dame in the local village pantomime aged 14 – starting early! I then went on to study acting and dance, working professionally as a performer for 6 years. One day, after watching RuPaul’s Drag Race, I decided to get into Drag for an event, and … it just kept happening. I performed as Gayle for the first time at a local competition in 2016 and won first place! I do drag because it’s fun! You should too! If you’ve ever thought about trying it, my advice is to just do it. Release your inner diva! Throw on a wig and live your best life. 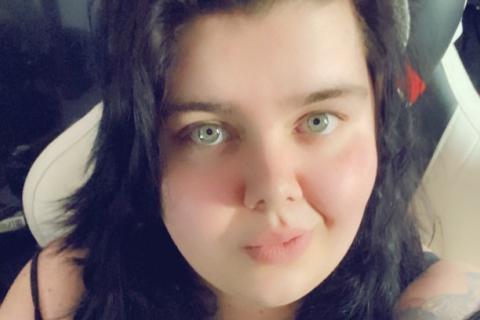 Sadly, just after coming out as trans I felt like I had to fit in a box, I had to be the perfect woman you would see in film or in magazines. I felt it was the only way I would pass. Passing is a term used in the trans community and essentially means to pass as the gender you identify with. Over two years I have realised that this is not true. With that realisation, my goal changed. In these past two years, I have changed a lot. For the most part, I'm happier than I ever have been. I'm always supported at work by my team and my team leader, I experienced transphobia once and it was delt with swiftly. The day I felt I was accepted was the day I got my new name card. It was kind of this surreal feeling that things were going to be okay. So, what does the future look like? Well, that’s not something anyone can answer fully but for once I look forward to what it will bring. I have a sense of hope and a better outlook of everything. Coming out has allowed me to truly live my life and I couldn’t have done it without a lot of the people I call my friends. Happy Pride! 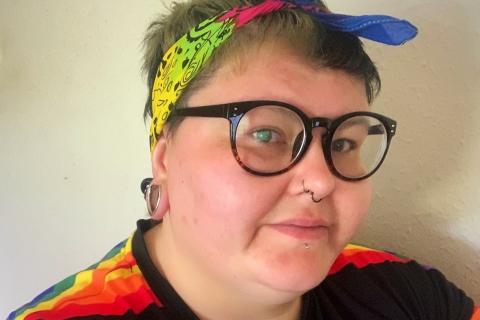 My name is Tedi. I use they/them pronouns and I came out as non-binary about 3 years ago. Previously I had always thought I was just bisexual. I started to identify as non-binary as I felt the gender label ‘female’ wasn’t who I was, and I needed a term for my gender that was more neutral. I can hand on heart say I’ve never been happier within myself than I am, having accepted that I am non-binary. One of the hardest things I’ve found about coming out has been being mis-gendered and people using the wrong pronouns. I use ‘they’ and ‘them’ singular pronouns, as being referred to as a ‘she’ or ‘her’ is quite triggering. It is difficult; you feel your gender isn't being accepted or recognised and you’re being judged based on your appearance or how you sound. It's very important to not assume someone's pronouns; if you're not sure, just ask. My trainers, managers and colleagues have been really good when it comes to using my correct pronouns and it has definitely made me feel welcome and supported to be myself. 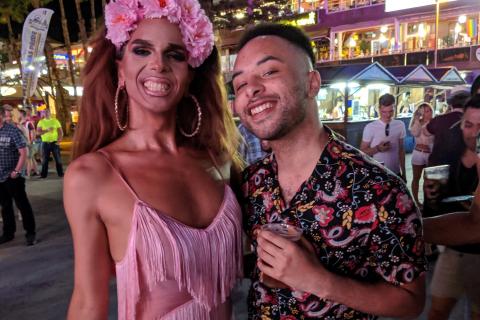 I grew up having people use terms like, "that's so gay" and "don't be gay“. Also, TV shows and films consistently representing us in such a way where we are the butt of jokes, ‘the sassy gay best friend”’, whose purpose was solely to make sarcastic comments and never really had their own storylines. Pride is so important to me because it acts almost like a symbol of freedom. Whenever I go to an event I instantly feel at home. I can wear, act, sing and dance however I want and know that I'm with my people and I won't be judged; just celebrated for being me and for kids who grew up being told "eww, that's gay" all their childhood. It's honestly life changing. No matter how you identify, personally or sexually, when you go to a Pride event you know that you are safe. You can express your true self without fear of persecution and who would turn their nose up at freedom; especially during a time where we have been locked in our houses for over a year!

Understanding the challenges of the LGBTQ+ community at Pride and beyond

Firstly, Happy Pride month to all. As you may or may not know, June of each year marks the celebration of the LGBTQ+ community, and this year is extra special as 2022 marks the 50th anniversary of Pri...

Being Bi in the workplace

Working in HR for over 25 years has given me great joy and I am one of those people who loves what they do. I feel myself in a place of privilege to lead the people function and to be able to work w...

At Capita, with over 55,000 colleagues in different countries around the globe, we have a wide range of thoughts, beliefs and ideas that help us deliver on our purpose to create better outcomes fo...