To mark National Inclusion Week across the UK, our Inclusion Advisory Board chair Paul Elliott writes about the latest developments around the Football Leadership Diversity Code... 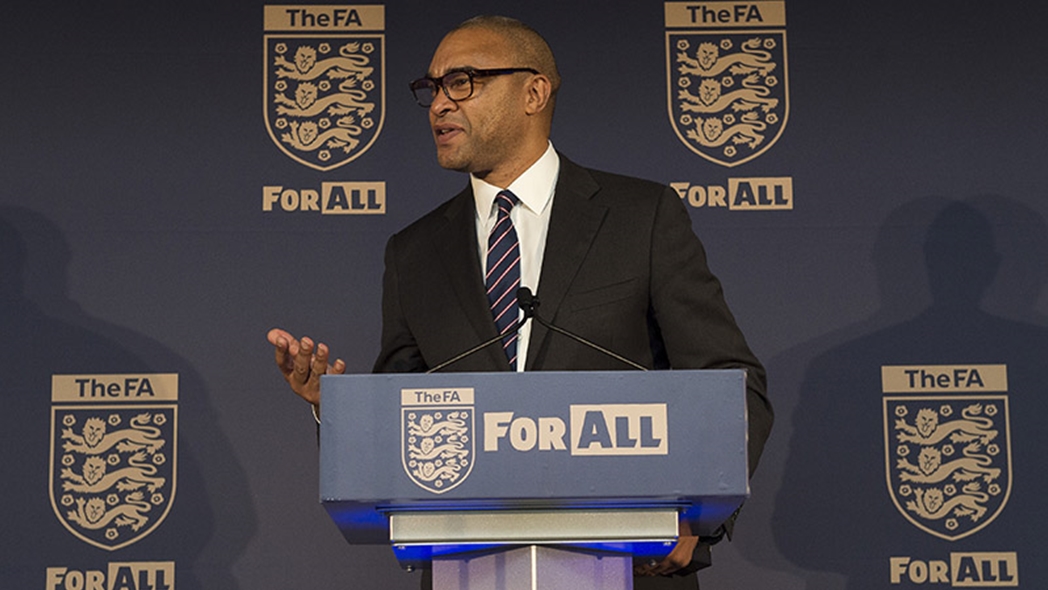 Former Chelsea, Celtic and Charlton Athletic Paul Elliott is the chair of our Inclusion Advisory Board

I announced the creation of the Football Leadership Diversity Code back in June following the death of George Floyd and the consequent unanimous support from English football of the message that Black Lives Matter.

It's been brilliant to see football stand together during these difficult times on an issue of the utmost importance. The terrible incident mentioned happened over 100 days ago but the need to ensure positive action is enforced as a result remains strong.

Our fight for equality across all levels of football, and our desire to ensure it is a game free from discrimination – both on and off the pitch – will not end.

We want to drive the nation’s response to inequality by ensuring boardrooms and leadership positions across our national sport better reflect the society we live in and the people who play the game. It will signal a change to the country and ensure that our support of the message that Black Lives Matter is not an empty gesture.

Since we announced the creation of the Code, we’ve spoken at length with each of the independent expert panels which are helping to support its development, including coaches, HR directors, leaders across grassroots football and media. We’ve had a fantastic and warming response and there’s clearly appetite to create meaningful change. 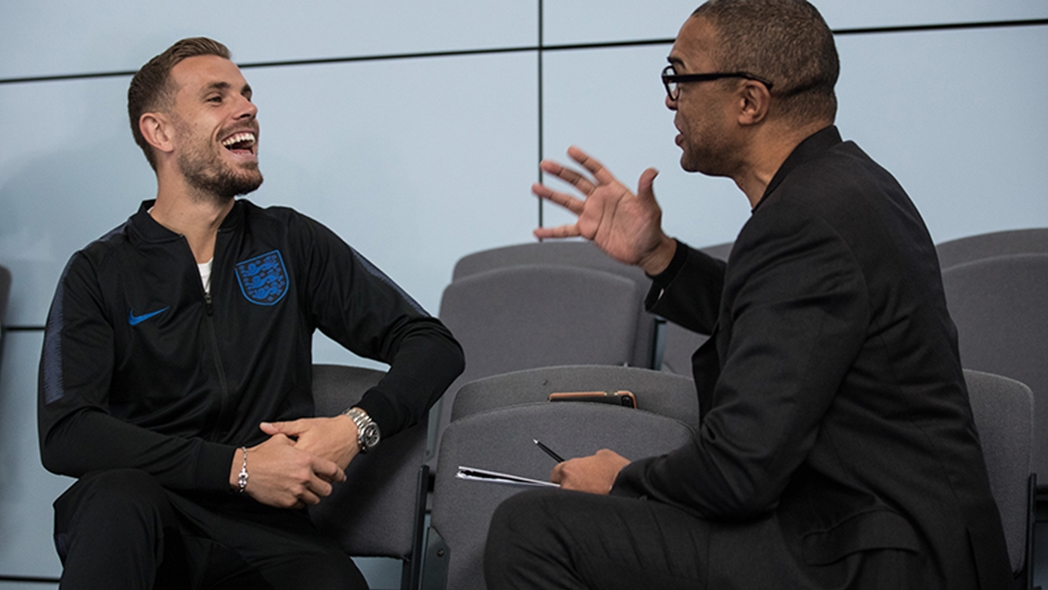 Jordan Henderson has been part of the consultation process

Each of these players has either experienced discrimination directly or witnessed first-hand the impact it has had on a teammate, so it's crucial that we hear from people with lived experiences within the game as we continue our fight to ensure football is truly for all.

Pleasingly, each player we have spoken to has shown eagerness to support the development of this Code and to use their platforms to play their part in helping to create equal opportunities across the game.

We also recently brought together representatives from Chelsea, Liverpool, Manchester City, Tottenham Hotspur, Crystal Palace, Brighton & Hove Albion, Queens Park Rangers, Birmingham City and others to discuss the progress we have made to date ahead of the Code’s proposed launch in October 2020, which will coincide with Black History Month.

To this point, we have developed a range of principles which will see clubs commit to being leaders in football diversity. They include meaningful commitments with targets for clubs, with considerations across senior leadership, coaching and senior support staff, developing talent, recruitment, internal culture and reporting.

While the final version and targets of the Code are still being agreed, I'm delighted that the representatives from each club were supportive of our suggestions in principle and are committed to continue working with us moving forwards on this very important subject. 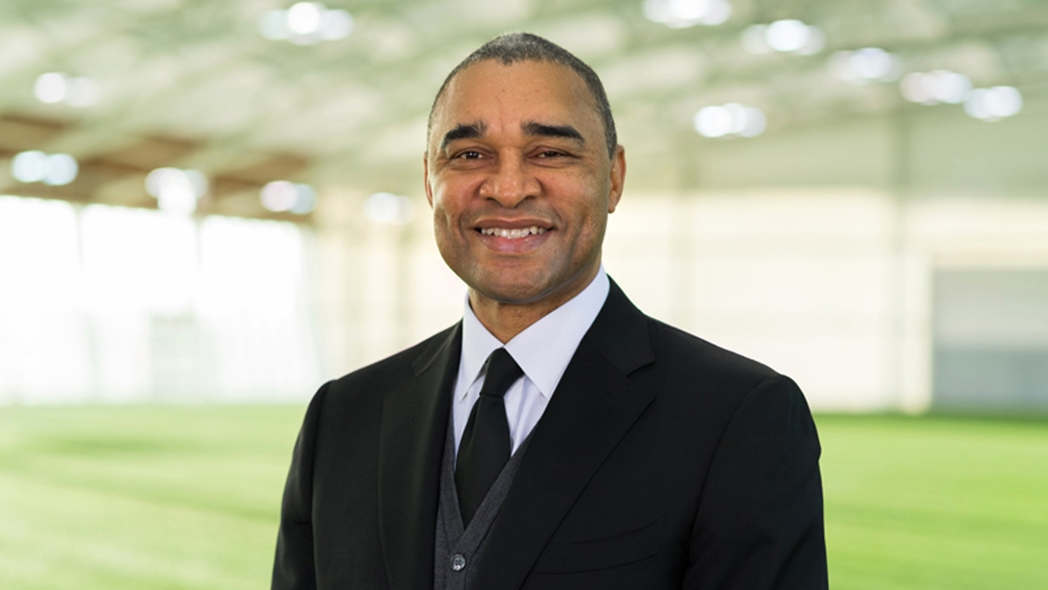 These conversations in recent months have also pleasingly seen all stakeholders on the FA Board publicly commit to undertaking an evaluation of the makeup of the FA Board itself. Making the FA Board more diverse is something that both Mark Bullingham and Greg Clarke are fully supportive of, but it's not something either they or the Board have the power to change by themselves overnight.

The composition of the FA Board is enshrined in the FA’s Articles of Association, a legal document that can only be changed by shareholders in accordance with company law.

To change the Articles requires approval from the FA Board and FA Council, before formal approval is requested from shareholders. As there are several ways to further diversify the Board, different options must also be considered before an approval process begins.

We also need to ensure that the Board continues to appropriately balance the interests of both our professional and grassroots game and appoints individuals with the relevant skills, knowledge and experience.

This is why it's more complex than simply adding another seat to the table. The process of altering the composition of Boards is by no means unique to the FA and, naturally, it takes time and would need to be finalised in accordance with the Constitution.

Over the next nine months, a detailed Board review will be undertaken and once an outline and proposal has been agreed by the Board, this will go through the relevant formal approval processes. I am delighted that these discussions are under way.

There's great appetite for tangible change across our game, but this is only the beginning. The Code is something that we want, and need, to see embedded across all 92 professional clubs in the men’s game, clubs across the Barclays FA Women’s Super League and FA Women’s Championship, as well as those throughout the National League System.

Many clubs are already doing great work in this space, but it’s now time to take the next step. We are also working on a version of the Code for the game at grassroots level, which we hope to launch in March 2021.

We still have a way to go ahead of the launch of the Football Leadership Diversity Code, which is for all, but I’m asking that all clubs and players join us on this journey to greater equality throughout our game.

English football unites us all. It is the foundation of communities across the land and it is absolutely vital that the FA and the clubs across the country do their utmost to better reflect and inspire the communities that they serve. When it comes to equality, diversity and inclusion, this is one area where all football stakeholders need to be inextricably aligned.