My Experience of Being Transgender at DWP 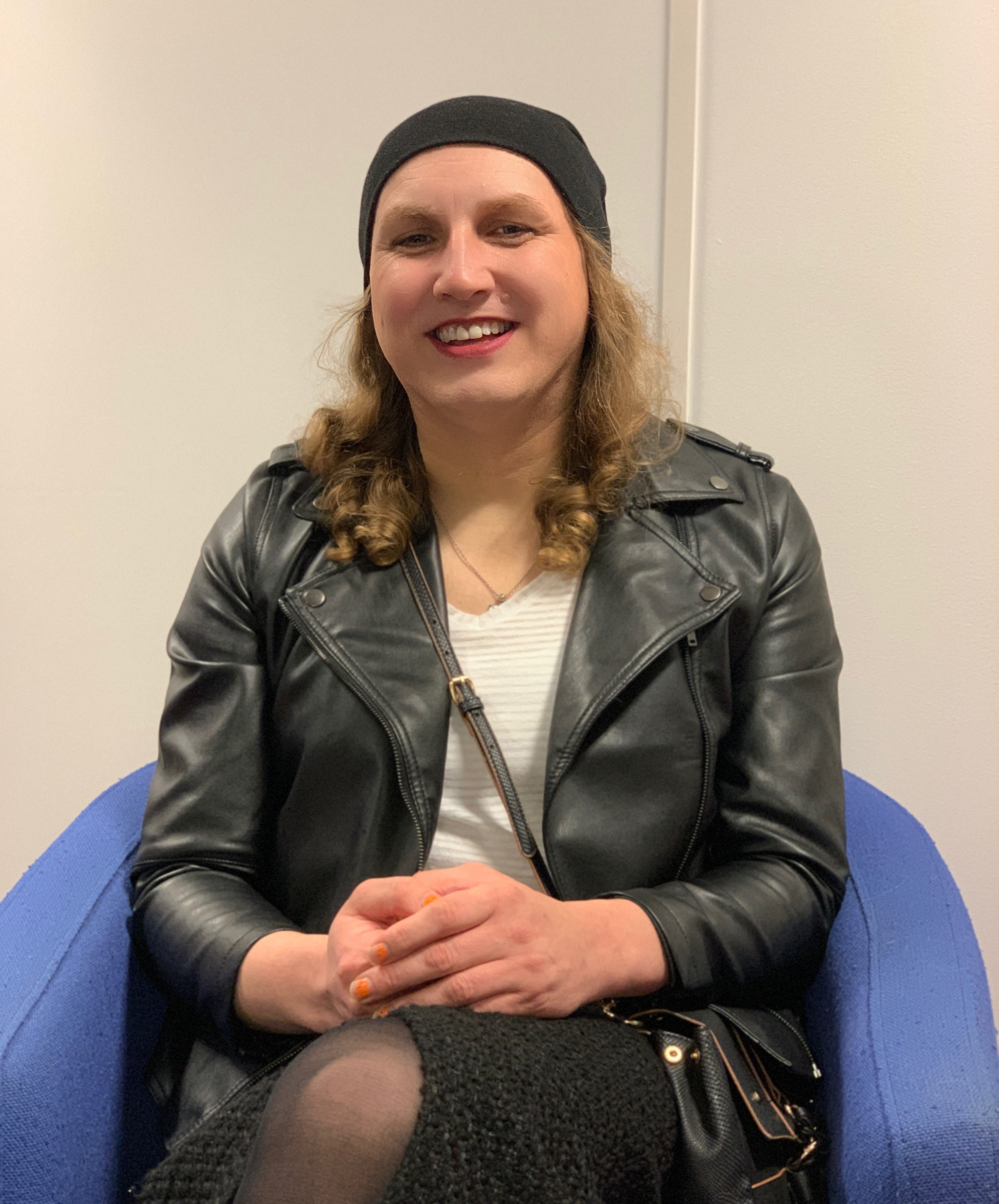 I’ve suffered from gender dysphoria since I was two years old. Many of my childhood memories are of gender dysphoria and of being bullied. I was taught from a very early age that it was not acceptable, and I tried my best to hide it.

However, it was always there, eating away at me and led to a few miserable years of failed suicide attempts and other mishaps. I was suspended from my PhD by the University on health grounds caused by stress, anxiety and depression compounded by gender dysphoria. And to top it all off I was made redundant from my part-time job as the company folded. I was now unemployed and very much still in the closet.

I came very close to another suicide attempt caused by the gender dysphoria and I decided to seek help. My GP referred me to a 4+ year waiting list with NHS Gender services but then refused to treat me as a patient. So, I sought help with the Newcastle based transgender charity, Be. With their support, I started to come out of the closet.

In 2019 I attended my first Pride parade with Be, then another and another… in total I attended five Pride parades that year and each one helped me gain the confidence I needed to accept myself. The same year, I volunteered for Be as their communication director and first point of contact.

In January 2020, I came out to my sister, who told my mother, who told my father and the rest of the extended family. They are not supportive. It was a painful coming out.

I was also struggling with my work search activities, so I chose to come out to my work coach, and she was amazing about it. She tailored my work commitments to give me time to deal with my family issues. By temporary switching off my commitments, it gave me the space I needed not only to navigate my parents, but also to focus my job search.

The combined experience of working with Be and my job coach’s reaction to my coming out, and Stonewall membership of their Diversity Champions scheme, led me to look at the DWP as a career. I was arranging a work experience placement at a different job centre through my work coach when the pandemic hit. When I saw the positions for work coaches being advertised, I jumped at the chance to apply - but was I to use the name that my parents had given me, or the name I had been using for the last two years with friends?  In the end, I changed my name in June 2020 and came out to the world. I was able to use my experiences of volunteering with Be in both my application and interview. I was ecstatic that I got the job.

My first day was not just for a new job, it was for a new life. I had been out since June 2020, and now it was November. My first day truly living as a woman, was also my first day at work.

I was openly transgender from the very beginning. I had only been out of the closet for a few months but the experience of Pride, of coming out to people, and the support I had received from Be, gave me the confidence to be open and be myself from the very start.

I started work with a face mask in transgender pride colours, and later I picked up a lanyard in the same colours once we got our official ID cards. I wasn’t just openly transgender; I was visibly transgender too.

However, it wasn’t until the second week of December that my work colleague Becky was the first to refer to me as ‘she’ in open conversation. I will be honest, it took me a little by surprise but, it was an amazing feeling. Such a small everyday gesture but one that gave me so much happiness - it made me feel accepted for who I am. Afterwards everybody was using my pronouns all the time and that increased my feeling of being part of the team.

In training though, I was in a different team to my colleagues. A casual misgendering comment caused me to disengage from participating in training activities. However, I wasn't going to let this beat me because I knew that my voice was going to be an issue and this needed to be nipped in the bud.

An opportunity presented itself in one of the training exercises to discuss new experiences and I used it to come out as transgender to my training group. Afterwards I got a lot of support from everyone and instantly things improved for me, allowing me to properly engage with the training again.

I absolutely love my job with a passion. I love helping people and no matter what role you do in the DWP, you are contributing to a department that exists for the purpose of supporting people. My line manager and team have supported me from day one and I cannot put into words how much that has meant to me; they are like family - Faye, Becky, Katie, Jav, Carol, Ian, Gerry, Owen, Michael, and my line manager Phil. I have cried my eyes out for each one who has moved to another team, transferred, or left the DWP. That is what we do, we support people, and I can’t thank the people around me enough for the support that they have given me.

It is incredibly easy to dwell on the negatives of being transgender in the current climate. Especially work-related issues such as 1 in 3 employers refuse to employ a trans person, 12% of trans people have been physically assaulted by colleagues or customers in their workplace, and almost two-thirds of trans people are too scared to come out at work because of prejudice. Since coming out as transgender, I have been refused healthcare by three GP surgeries for being transgender and misgendered twice at hospital. I am regularly verbally abused on the streets, I have had football supporters throw cans and bottles at me, and I’ve been sexually assaulted.  But perhaps it is the negativity that makes the everyday things appear that much more special.

I hope that sharing my story here, helps raise awareness that transgender people are just people with a lot of compassion and empathy because we have faced and overcome obstacles in employment, in healthcare, and in everyday society to be ourselves; and we want to help others overcome their barriers to be the best version of themselves too.

This year we're celebrating 50 years of Pride in the UK! Pride parades, picnics, and marches are a colourful and eagerly anticipated event in many of our communities, and participation has always...