Two members of dhOne share their personal thoughts and perspectives 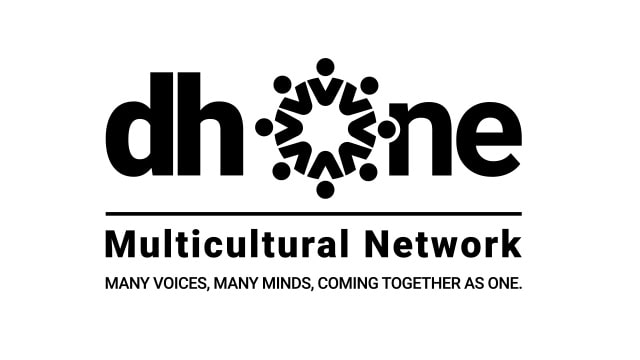 It’s 2020, and as much as society pats itself on the back for technological advancements, the truth is that the world has hardly moved forward over the last 500 years.

Whether your line in the sand is the spread of the British Empire in the 16th century, or the first shipment of African slaves in the 1600s - the HOW of injustice for PoC (People of Colour) has evolved, but the WHY has remained constant.

Looking back on my 33 years of life, I can identify a contrast between how I’ve been treated as a Muslim either side of the atrocity that was 9/11. This dreadful event had nothing to do with me. But because I had a similar narrative to the people involved, there was prejudice that I could cause a mass incident at any given moment. This has meant that I have crippling anxiety every time I go on holiday about being singled out at the airport. I feel the anguish when someone deliberately stands on a bus to avoid sitting next to the girl with a hijab. I’ve felt the pain of watching someone assuming that English isn’t my first language and watched countless news reports that have made Muslims look inferior.

With all this degradation and anxiety that I still experience, I erroneously used to equate the prejudice and hate that Muslims experienced to that of blacks (although I appreciate there are black Muslims). But this couldn’t be further from the truth. You don’t have to look far. Consider the racial injustice right here in the UK: the Notting Hill Riots in the 1950s, the Brixton Riots in the 1980s and Stephen Lawrence in the 1990s. And now, most recently, the global news coverage surrounding the murder of George Floyd in the US.

So, the reason why I think it is so important that Muslims get behind the current and every future movement is that I’m sure when marches were happening in the 60s, 70s and 80s – these PoC didn’t think that all these years later that their children and grandchildren would still be fighting the same fight. In that very sentiment, I don’t want my children or grandchildren to still be feeling the same way that I do now when they go through their day to day lives. Yes DAY TO DAY, these aren’t one off moments – this is about being made to feel inferior 24/7, 365. We cannot and should not let this continue.

So, I feel that it’s important for Muslims to support any and every future movement against racism and prejudice.

We, Muslims and black people, are fighting the same battle against hate.

Standing side-by-side with #BlackLivesMatter isn’t just about protecting our future, but we should more importantly be doing it because as Humans, it is the right thing to do. Equality and Love conquers Hate.

SO, whether you choose to: kneel in solidarity, peacefully protest or go on a journey to try to impact laws and the system, do SOMETHING…  ANYTHING. Doing nothing just gives us another today, tomorrow.

Over the last few weeks of watching and living out the global re-awakening of consciousness around racism in the wake of George Floyd’s death, I’ve experienced every imaginable emotion. Anger, fear, sadness, frustration, loneliness, helplessness, hopelessness, hopefulness?  Reflecting on my own experiences, I became painfully aware of the layers of complexity that exist in everyday life as a black person. Being told that we live in a post-racial world where we no longer see colour. All the while I know that: I’m 4 times more likely to die of Coronavirus than non-black people, I’ll earn on average 10% less than my white counter parts, I’m 5 times more likely to die in childbirth than white mothers, and I’m twice as likely to be killed in police custody.

For me, my blackness has always been a careful balancing act. The need to be vocal but not too vocal on issues of race. The requirement to be strong and confident in the workplace whilst not being perceived as aggressive. Managing the pressure of being the “black representative” in the spaces I occupy. And yet hoping that I’ll find acceptance in those spaces whilst still being able to bring my whole unique self. Life becomes a minefield of social expectations, prejudice and stereotypes to navigate; inevitably being black has required chameleon-esque shape shifting and self-censoring to conform to a world that wasn’t created for my success. I was never more aware of this disconnect than when I was working in the fashion industry - an industry that has capitalised and appropriated black culture for profit yet seldom credits it.

So much of these mental acrobatics had taken place unconsciously, but the powerful uprising of the Black Lives Matter movement has brought it all to the front of my mind. The battle is no longer against the overt racism of our colonial past but with a more subtle, insidious re-incarnation, that silently manifests in all our institutions. This only adds to the complexity. Trying to battle against a force as a black person that the majority don’t see and will never experience. But the lid has now been lifted on Pandora’s box, there’s no going back.

Individuals and organisations alike have been forced to take a stand on this issue, the conversation has been started and for once I feel like the world is truly listening. Yes, many remain wilfully defiant, “all lives matter” they say, some have even jumped on the bandwagon just to ensure their name stays relevant and they look ‘woke’. But ultimately, the complexities of racism have now become an issue for us all, giving us a moment to pause and reflect on our unconscious biases and privilege. I feel change is coming. My hope is that we can all go the distance on this issue and fight every day to see the changes that need to be made to our: government, healthcare, law enforcement, judiciary, education and pop culture to stamp out racism for good.

We’re proud to have won Insight Transformation of the Year at The Forum's Data, Analytics & Insight Awards 2022.     The Forum Awards celebrate businesses and individuals dedicated to raising...

Following the success of dunnhumby’s returner programmes over the last two years, dunnhumby is excited to continue the partnership with Women Returners for the dunnhumby Returners Programme this year,...

International Women’s Day at dunnhumby was hosted for our 2nd annual IWD event awards celebrating the amazing work of women, non-binary people and male allies across our business. We had hundreds of...

We’re thrilled to be hosting our 2nd annual dunnhumby International Women’s Day (IWD) awards on 8 March celebrating the amazing work done by women, non-binary people and male allies across the...