As LGBT+ History Month Gets Underway, The FA Host a Special Reception at Wembley

To mark the start of LGBT+ History Month, we held a special reception at Wembley Stadium on Tuesday 4 February.

“Football is for all,” said Clarke.

“I have prioritised inclusion during my time as chairman and events like this, and campaigns like Rainbow Laces or Pride, allow me and The FA to find out first-hand, from the sharp end, what challenges people in the LGBT+ community face. 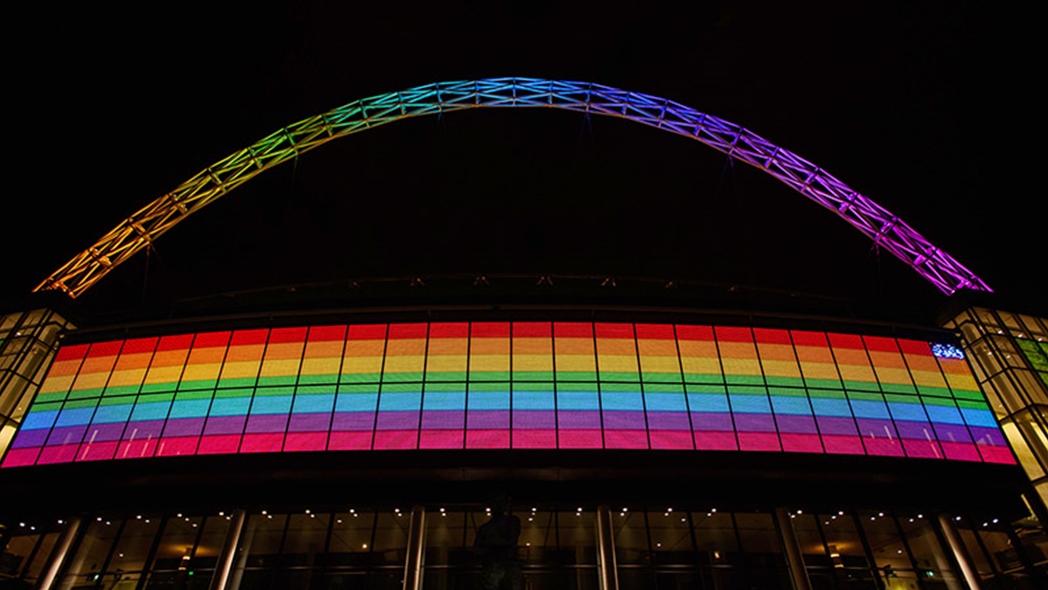 "I think this feedback is vital since it informs the direction we move in. It’s not just about talking to lots of people either, but as importantly listening and learning."

LGBT+ History Month takes place throughout February and aims to tackle prejudice and promote inclusion in all walks of life. Over 2000 events are taking place across England, including the FA-endorsed Football v Homophobia Awards on 7 February.

“It's important to have The FA’s support,” said Mehdizadeh-Valoujerdy.

"The FA Youth Council has a crucial role to play in tackling LGBT+ discrimination and, as importantly, preventing it in the first place. If we can educate young players, and promote an inclusive space from the very start, then football will be for everyone.

"Focusing on grassroots football is so important because that's how you build roots and change the way people think and act.

“At the FA Youth Council, we really feel our voice is heard, and it’s a unique one, too. For example, during [last December's] Rainbow Laces campaign we launched our own spin-off hashtag, #ThatRainbowFeeling.

"This was about not just wearing the laces, but getting members and young football fans to show exactly what football means to them. Showing the passion for football among the LGBT+ community is the same and helps create common ground between all football fans.”

We remain committed to LGBT+ inclusion at all levels of the game and have recently released new guidelines on how to report discrimination, which has no place on or off the football field. 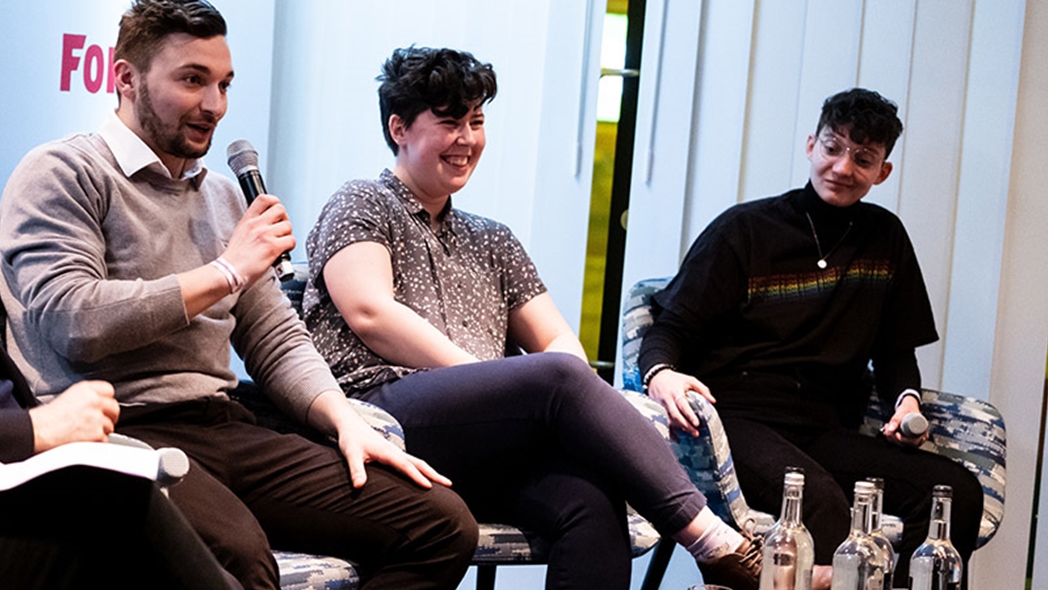 A panel discussion was held at the event

And as part of our In Pursuit of Progress strategy, we have also partnered Stonewall, the leading LGBT charity in this country, to guide our policy work. We continue to be an active supporter of their annual Rainbow Laces campaign, which last year saw all 50 County Football Association participate in for the first time.

2020 also marks a significant milestone for Stonewall FC, the most successful gay men’s football team in this country, who will be celebrating their 30th year as a club.

“The FA haven been an excellent partner for us,” said Alex Baker, who became Stonewall FC's chair in June 2018.

“Playing at Wembley in 2018 was a memorable experience and really helped raise awareness. The fact we won the game was even better! Since then we've campaigned together to make football in England more inclusive. The definition of exactly how that’s achieved is still up for debate, so networking events like these allow us to put forward our suggestions and feedback.”

LGBT+ History Month is a welcome chance to again pledge our support and commitment to the LGBT+ community at all levels of the game. Our message to players, coaches, spectators and volunteers is that football is For All.