Our Army recruitment medical team evaluate candidates’ mental and physical health and fitness to assist them in their journey to joining the British Army.

It’s an interesting, challenging and stimulating job that is massively varied. Here, Brian, Donald, Darshan, Theresa and Liz share their insights into what their roles are really like.

Brian spent 25 years in the NHS, becoming a partner in a couple of practices in Derbyshire. “It was a stressful environment,” says Brian. “I realised I needed a change, and although I didn’t intend to leave general practice, I saw an advert for a medical officer role doing Army assessments in Litchfield, which wasn’t too far from me, and I applied. I must admit that I wondered how interesting the job would really be, but it’s actually incredibly interesting and really involving because it’s a totally different way of thinking for frontline clinicians.”

Likewise, Donald was in general practice but he also joined the Royal Air Force as a general practice medical officer, engaging with the flying squad and the medical side of the role. “I did a lot of work with recruiting aircrew, entry standards and medicals for aircrew while I was in the air force and by my final years I was running medical centres. I started looking for opportunities that would allow me to use my skills and experience – and when I saw the medical officer role come up here, I felt it was a great link to the military,” says Donald. 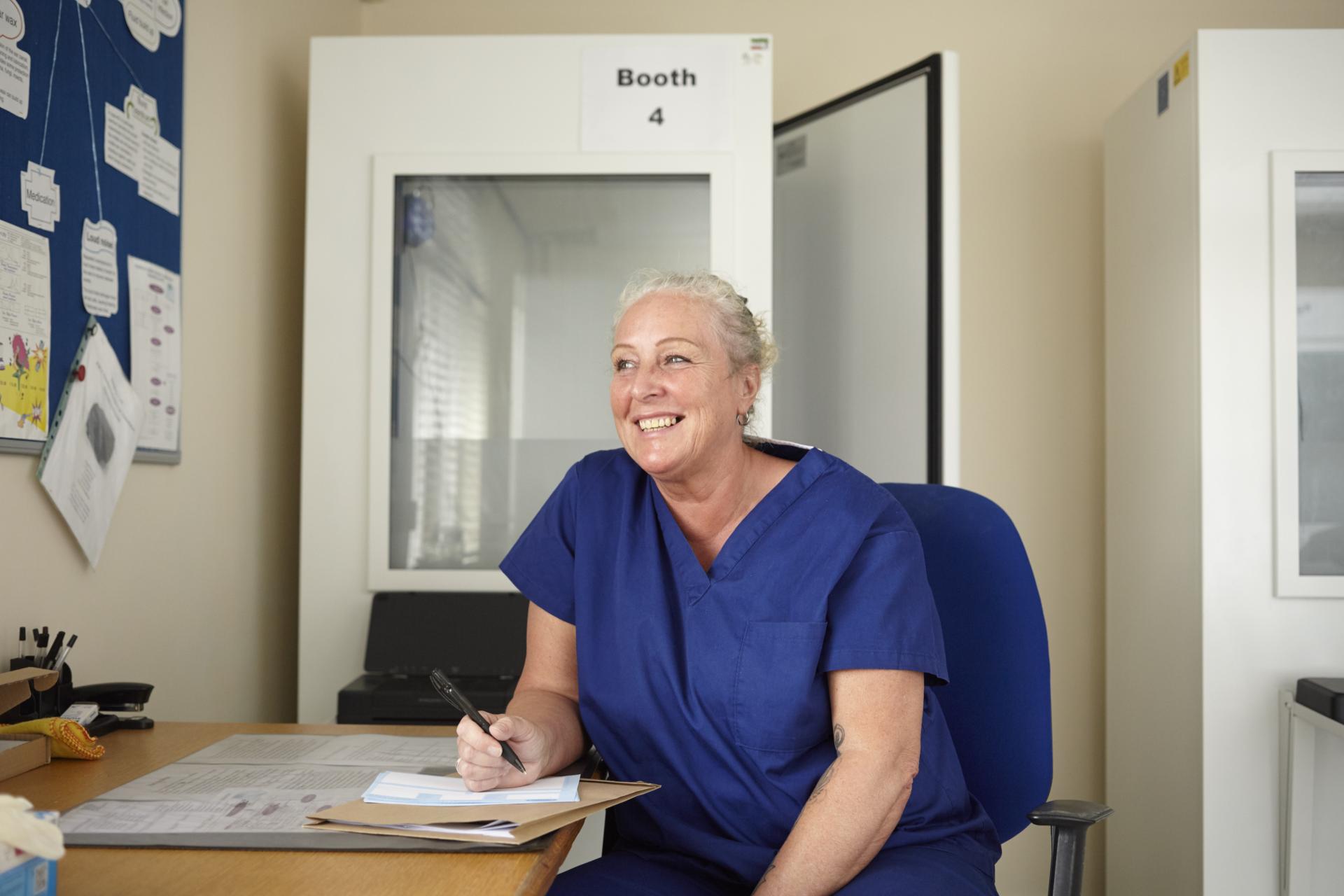 The medical officer role is an incredibly niche job. It involves a very detailed assessment of the candidate, probably the most involved medical assessment in the industry. It’s extensive and complex, and includes taking a person's past medical history, or indeed current medical history, and fitting that into military medical entry standards. It’s mentally stimulating and challenging, because there’s a lot of mental effort in trying to work out whether this person is fit to go to the next stage where the Army decide if they're fit for a career.

“Day-to-day, there are two main parts to the role,” explains Donald. “The first is doing a physical assessment of a candidate – so height, weight, urine tests, hearing and eye tests, as well as past medical history and family medical history. We’re trying to identify any issues that would make them unfit or put them at risk. So if someone had poor hearing for example, they’ll be exposed to explosions and loud noises in the Army and we have a duty of care to protect people, so we can’t bring in someone whose hearing is already vulnerable because we are likely to make it worse, say 10 or 20 years down the line. We’ll also look into old knee problems or back problems, or even skin rashes, things that might cause an issue for them if they joined the Army. Then, we’ll follow up with the paperwork side, so with their GP.”

The best –and the most difficult – conversations

Lead medical officer Darshan has been at Capita for the past six years and explains why he finds the role rewarding. “Seeing the smile on a candidate’s face when they realise they can join the Army is such a satisfying part of the job! Candidates have to do classroom tests and physical fitness tests, but it’s usually the medical they are most worried about because they don’t know what we could pick up on listening to their heart or from the other tests. So when they get that go ahead from us it’s quite life changing really.”

Likewise, says Donald, it’s tough when it doesn’t go the right way. “Sometimes you have to tell people that they're not fit and it can be quite a difficult conversation. Imagine telling an 18-year-old who had their heart set on joining the Army that they have a medical problem – it's all a bit of a shock to them. Having experienced doctors working in the assessment centre is useful because you have to have people who know how to deal with those kinds of situations and be able to talk to different people who will respond in different ways to that kind of news.”

Joining a supportive and diverse team

Theresa, one of the medical record assessors also joined the team from her local GP surgery. She was a nurse practitioner and set to retire when she ended up taking on a brand new challenge. “It's completely different to anything I've done. I'm a very inquisitive person and my role is almost like being a detective, which I quite like! I enjoy that aspect of it and I work with a wonderful group of fellow clinicians, so I’m really pleased I ended up joining the team.”

“I enjoy the variety of the work, it’s really interesting and there are lots of learning opportunities, both on the job and professionally,” adds Liz, one of Theresa’s fellow medical record assessors. “The team are great, it’s just a lovely environment to work in and it’s very flexible, which is helpful for balancing work-life commitments. Within our team, we have nurses, radiographers and physios and it’s great because we can all help and support each other with decision making. The role is a good opportunity to step away from frontline care, but also to enhance your medical knowledge in many other ways.”

If you’re interested in finding out more about our medical roles, check out our jobs page.

In the first of our series this week to celebrate International Women's Day, we hear from Chantal Free, Chief Executive Officer of Capita Portfolio and the Executive Sponsor of Capita’s Gender Equal...