HS2’s ambition is to build the most sustainable high-speed railway of its kind in the world. This includes creating and environmental sustainable railway and being a good neighbour to our local communities.

We are creating a green corridor for both nature and people. This will conserve and enhance habitats, create biodiversity and integrate into the character of the landscape. On phase one alone (connecting London and Birmingham) we are planting up to seven million trees and shrubs and will leave behind 30% more wildlife habitats than exist currently. We are creating over 33 square kilometres of new woodland and wildlife habitats on Phase One – an area equivalent to 23 new Hyde Parks.

HS2 will support the UK in making the transition to a net zero carbon economy. We will minimise carbon emissions as we build, deliver low carbon journeys and cut carbon emissions from other forms of transport. A journey on HS2’s electric trains will use 17 times less carbon than planes, and 7 times less than cars. We’re also building a railway resilient to future climates.

We are also committed to being a good neighbour and reducing the environmental effects of construction on our communities. For example, we are deploying lower emitting alternative vehicles, such as hybrid, electric, renewable energy alternatives and hydrogen fuel cell technology across our sites.

We respect the historic environment and before we build bridges, tunnels, tracks and stations, the largest archaeology programme ever undertaken in the UK is taking place along the line of route.

We have adopted circular economy principles to embed circular thinking into the project as well as working with our supply chain to maximise the proportion of waste diverted from landfill. 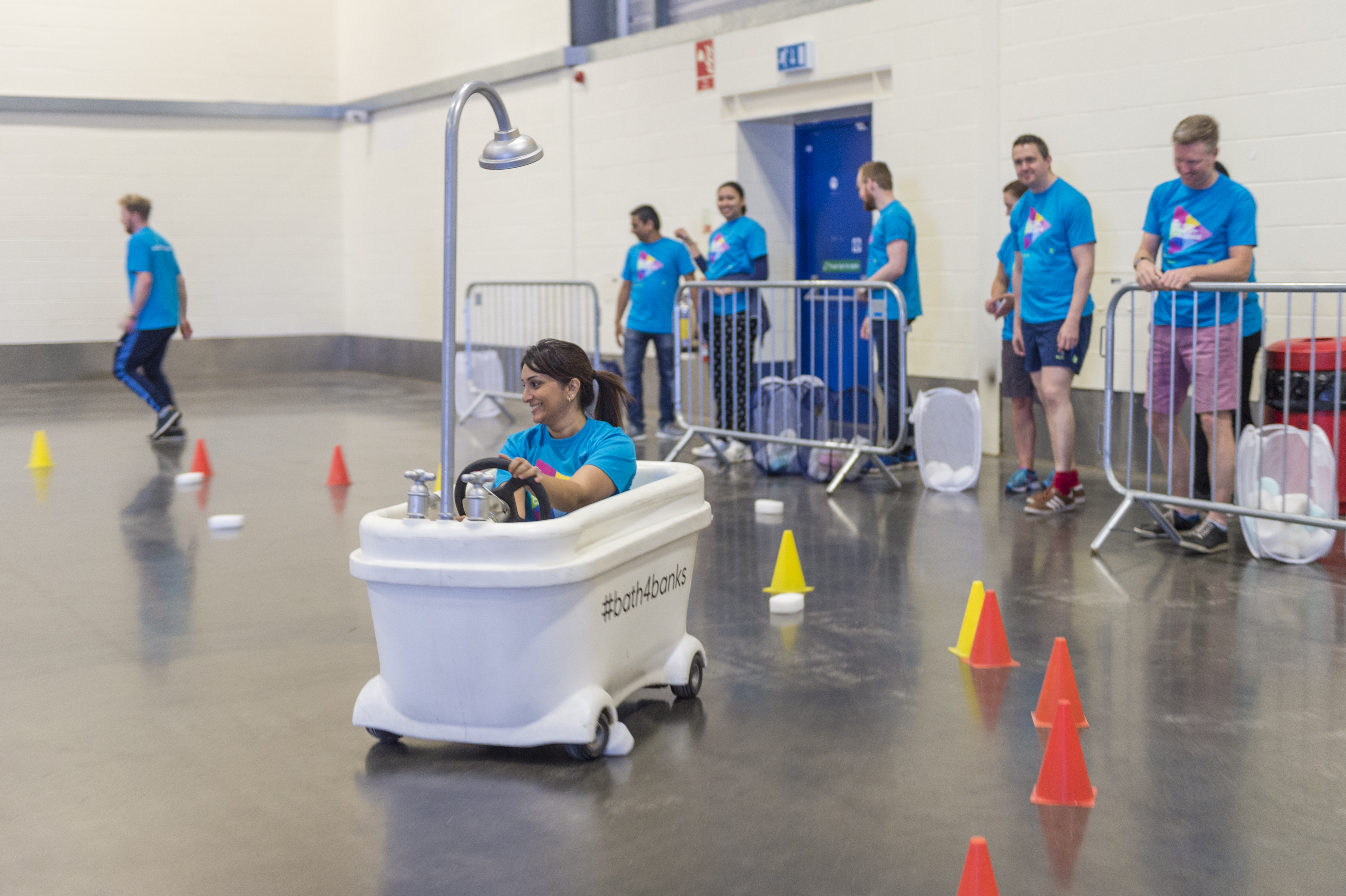 HS2 in the community

HS2 works best together, not just with its colleagues and within the organisation but also with the local communities as well. We care about the wellbeing of our people and this care extends into the communities that we operate in.

A great example of the work that HS2 does, is the way that we looked after the needs of the children at a specialist school in Solihull and how are equality, diversity and inclusion ambitions became part of the select committee. The Island Project is a non-profit charitable organisation that runs the specialist school in Solihull for children with autism spectrum disorder (ASD) and associated complex needs.

The representatives for the Island Project argued that the HS2 construction phase would have a significant impact on the environment and accessibility of the school. The issues identified were related to noise and vibrations for the pupils, in addition to the level of increased traffic due to the construction, changes to the access routes and reduced air quality and visual disturbances.

In order to deal with these concerns, we had meetings with our consultants and the school (including an Autism and Asperger’s specialist), beginning a robust review, including technical work, on-site noise surveys and visual assessments. This all helped us to paint a better picture of the impact that the construction work would have on the students at the school, and whether any workarounds could be implemented in order to ease the disruption for the school. It was decided that after considering all factors, in particular, the needs of the students at the specialist school that the Island Project School would be relocated.

A business case was drafted and approved by our HS2 Ltd Board, DfT Board and HM Treasury. The school received an Undertaking from the Secretary of State to this effect and the scheme was revised to include the movement of the school to its new location at Jerrings Hall Farm, Solihull. The HS2 team worked from across the organisation to make reasonable adjustments that could therefore avoid all negative equality effects for the children who attend the school. This did not just drive our EDI ambitions within the organisation but also for the communities that are around us too.

Understanding the communities we work with in a better, more meaningful way

It is important that we understand the communities that we work in, in a much more meaningful way than we have done in the past; by collecting information on the demographics of the people who are living along the line of route. It is important to have this information as it allows us to have the right conversations in the right way with the people who are affected by the route.

The new demographic tool that we are using helps allows us to collect data from each of the locations and regions and breaks this down into a rich picture of what makes up the population living there – such as gender, languages spoken (top-ten), long-term health problems and disabilities.

This came from the collaborative efforts of the wider evidence based team in Commercial, GIS, Community Engagement teams and EDI. The team has worked tremendously hard with sourcing the raw data from the Office of National Statistics (ONS), then checking it for verifiability and turning it into user friendly information that can be used across HS2.

This tool can be used in order to see how many people own their own home, what ethnicity they are or the religion that they have, in a particular area. This means that we can tailor our approach with community engagement, already knowing more background information about the people that live and work in that area. This tool allows us to begin building rapport in the right way from the outset, we aim to mature our relationship as the project continues and understand the community in a meaningful way, that is useful for everyone in our organisation.

The strong EDI culture that we have at HS2 means that we attract a broad range of talented and skilled individuals with different insights, due to this we now have a richer and better working relationship with our communities, based on a true understanding of the challenges they face.

Articles in Environmental Sustainability at HS2

John Henry Newman Catholic School in Chelmsley Wood will use the funding from HS2 to improve the health and wellbeing of students, offering employment...

A Kings Bromley-based sailing club has become the first organisation on Phase 2a of HS2 (West Midlands to Crewe) to receive funding from the project’s...

HS2’s pledge to increase diversity and champion inclusion across its supply chain has taken another giant leap forward with the launch of its new Mark...

£10million of funding distributed by HS2

172 projects on Phase One between the West Midlands and London have benefitted from the funds    HS2 Minister Andrew Stephenson MP has celebra...

Description Location - London We operate broad pay scales for all our roles to enable us to fulfil our commitments to inclusivity and career development. Final package is

Description Description - Location: Birmingham This role is responsible for delivering commercial activities within the Delivery teams. The role works along

Description Grade: 14 Location: Snowhill, Birmingham We operate broad pay scales for all our roles to enable us to fulfil our commitments to inclusivity and career develo

Description Location: Birmingham or London We operate broad pay scales for all our roles to enable us to fulfil our commitments to inclusivity and career development. Final packa

Description Location: London We operate broad pay scales for all our roles to enable us to fulfil our commitments to inclusivity and career development. Final pa