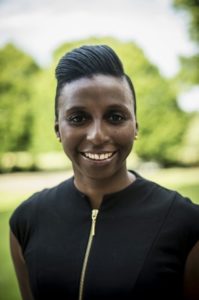 I’m the Vice President and Equality, Diversity & Engagement Lead.  The Vice President role focuses on the Governance of the sport working with the Home Countries and the Equality, Diversity & Engagement Lead involves embedding our company values throughout UKA’s processes and policies to create a culture of inclusion with the aim to achieve the Equality Standard in Sport Advanced Level.

There is a lot of black history in Britain and I identify with this through my family background and my sport.  My parents came to the UK in the early 60’s from the Caribbean island of St.Vincent & the Grenadines.

Things were not easy for them when they arrived in the UK; what they would describe as a hostile environment, but from an early age, I adopted their morals and values – to respect others and to treat others how I expect to be treated.  Their experiences have moulded me as a person, so BHM is a reminder to me of the sacrifices they and my forefathers made to pave the way for me and my siblings to succeed in whatever we chose to do in life.

As an athlete, I admired two individuals growing up – Jesse Owens and Wilma Rudolf, simply because they overcame adversity and achieved so much on the track despite their circumstances. In my life, I most admire my parents for taking that risk to travel miles from home to the unknown, leaving their family behind to set up home in London.  Despite the struggles (which I was oblivious to as a child), the resilience, perseverance and strength they showed I admire them every single day. 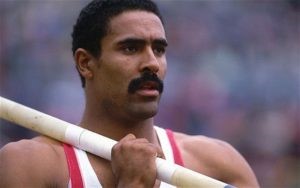 Born on 30 July 1958 Francis Morgan Ayodélé “Daley” Thompson, CBE is a former Great Britain decathlete. He won the decathlon gold medal at the Olympic Games in 1980 and 1984, and broke the world record for the event four times.  With four world records, two Olympic gold medals, three Commonwealth titles, and wins in the World and European Championships, Thompson is considered by many to be one of the greatest decathletes of all time. Robert Chalmers described him as “the greatest all-round athlete this country has ever produced.”

Black History Month is a month-long celebration of the achievements of Black people throughout history right up to today. It is an opportunity for everyone to learn about the history and the Black co...

UK Athletics and England Athletics have been recognised nationally for their commitment to equality, diversity and inclusion. Both have achieved the Advanced Level of the Equality Standard for Spor...

Paula Dunn has been awarded the BT Sport Action Woman Lifetime Achievement Award on an evening which celebrated women’s sport in the UK during 2021. Dunn, the Para Athletics Head Coach at UK Athletic...