WHAT SHE SAID: JULES PIERCE-FERGUSON ON HOW TO COME OUT AS GAY AT WORK Each week, your career questions are answered by a successful female leader 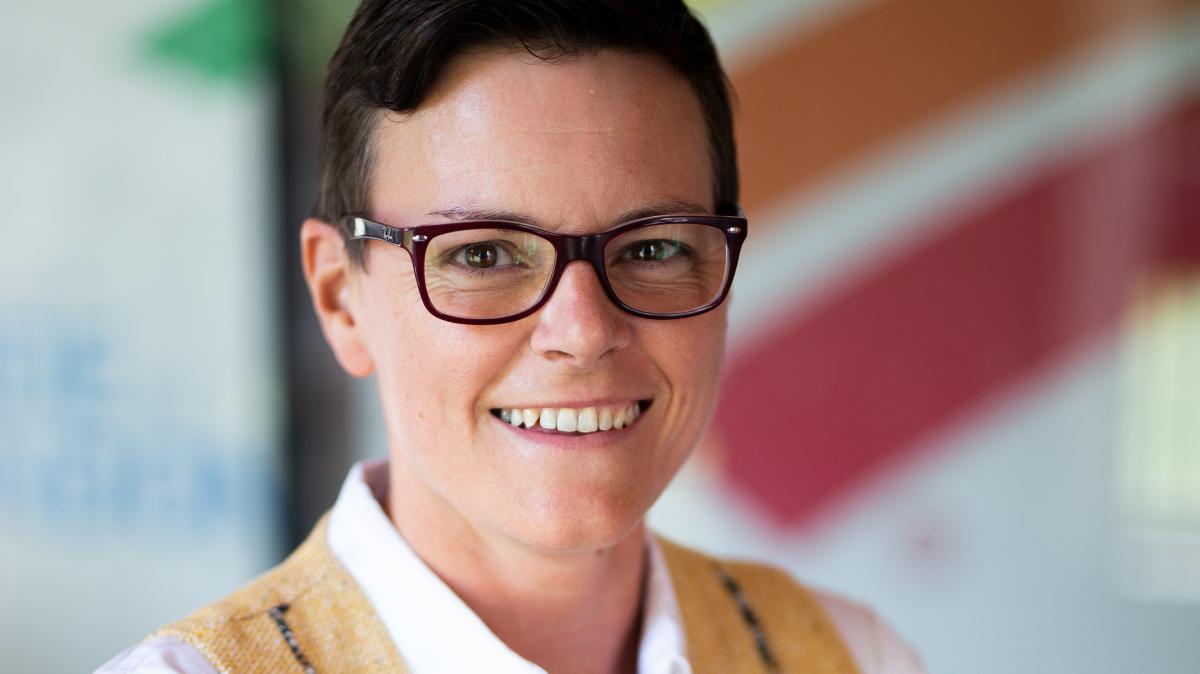 The international procurement executive at Bank of America Merrill Lynch also sits on the bank’s LGBT executive forum. The 45-year-old lives in Essex with her wife and their nine dogs

Unfortunately a male colleague reported us to the Special Investigations Branch — we were treated like criminals: our rooms were searched, we were interviewed on tape and then dismissed from the military. I was 18. I was devastated, as it was all I had ever wanted to do.

After leaving the military, I joined a security company. Because of the previous trauma, I didn’t want to tell anybody that I was gay, so Dawn became Dave. We used to spend a lot of time in Soho, but because I thought my colleagues would connect Soho with being gay, I felt I had to construct a whole other life, and so I became another person in the office. It was awful to live like that: I was constantly on edge, always worried that somebody would find out. I was spending so much time and effort on lying that my work almost became secondary and I struggled to focus. I ruined my free time by panicking about how I would explain myself back in the office, and I developed stomach issues and sleeping problems because of the stress. It took over my life.

Ironically, it all came out when Dawn and I split up. One of the girls in the office said to me: “Look, Jules, you’ve got to be honest with us, we know you’re gay. We know something has happened with your partner. Just tell us.” I realised then that nobody actually cared that I was gay — they cared about me. And they were upset that I hadn’t trusted and respected them enough to tell them. It was a life-changing moment. I finally felt part of a team, my input at work trebled and my career took off because I was able to focus on my job. It was a huge relief.

From then on, I decided not to hide any more, although over the years my attitude on how to do it has changed. At my next job, I would pull people to one side and say: “I’ve got something to tell you — I’m gay.” No one was ever surprised, but it often made them feel uncomfortable because they wouldn’t know how to react. In 2005 I joined the bank and I’m now much softer about it. I think it’s best to be matter-of-fact and drop it into conversation, so I’ll always mention my wife. People don’t bat an eyelid and they appreciate your openness. At work, we recently rolled out stickers for LGBT allies to put on their desks to say, “I’m an ally”, so people can see there are others they can confide in and feel safe around.

I suspect I will have more coming out to do in life. Outside work, people still ask if I have a husband and children. I’ll just mention how long I’ve been with my wife and that our nine dogs are our children. Now people come to me for advice about how to come out. What is important is to pick your employer carefully: I would have no problem asking if the company has an LGBT group or a diversity and inclusion group. You need to be able to feel comfortable to be yourself.