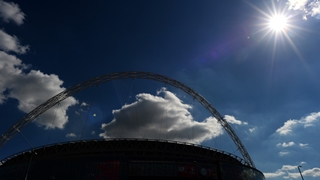 The FA welcomes and encourages the very important conversation on tackling discrimination both on and off the pitch, and wholeheartedly supports Anton Ferdinand in coming forward to speak about his experiences within the ‘Football, Racism & Me’ documentary, which aired this evening.

We fully respect Anton Ferdinand’s recollection of the investigation and are saddened by his feelings during what was undoubtedly a difficult time for him. Notwithstanding the fact that the criminal case was unsuccessful, our regulatory team expeditiously progressed the disciplinary action both before and after the criminal case, which had to take priority.

Believing in the case against John Terry, they worked tirelessly to ensure that the case put before the disciplinary panel was robust, having appropriately recorded and challenged all relevant witness evidence, which ultimately resulted in a successful prosecution before an FA Disciplinary Panel.

Early in the process, we also removed John Terry as England captain due to the seriousness of the allegations. It showed him no favouritism and made clear how serious the allegations were taken.

Importantly, we were very concerned that substantial and serious inaccuracies made by Kick It Out’s Troy Townsend were aired during the documentary:

• That Troy Townsend or Kick It Out are not able to speak to victims of discrimination during an investigation, because rules state that such contact would impede an investigation;
• That Troy Townsend feels his job is at risk if he speaks out against footballing authorities, due to Kick It Out being funded by the FA, PFA and Premier League; and
• That the footballing authorities pay lip service to tackling discrimination

We have a longstanding relationship with Kick It Out and they remain one of our main stakeholders in the game as we share the ambition of eradicating all forms of discrimination from English football. Open and honest dialogue between both parties is key, as it always has been, and we will continue to work closely with them going forward.

However, we can confirm that there are no rules or inferences in the relationship which prevent Kick It Out from contacting victims of discrimination.

On the contrary, our written policy is to actively encourage the involvement of Kick It Out so that they can support victims of discrimination during and after an FA disciplinary process. Kick It Out has been present and provided support to players involved in discrimination investigations in the past and would be encouraged to continue to play this role going forward also.

In alleging that an individual at Kick It Out fears losing their job if they criticise footballing authorities, this is simply without foundation.

No player, or any other participant who is the victim of abuse of any kind, should feel that they are not able to access the support that they need. We strongly condemn all forms of discrimination and we take all complaints seriously. As English football’s governing body, we have a responsibility and a duty to investigate all incidents and allegations that we are made aware of.

Tackling discrimination is core to the values of the FA and we work closely with our stakeholders across the game and the relevant authorities to take action against anyone who is found guilty of an offence.

We remain fully committed and focused on driving out discrimination from the game and ensuring that English football is a diverse and inclusive game for all.

FIND OUT MORE ABOUT OUR EQUALITY & INCLUSION WORK