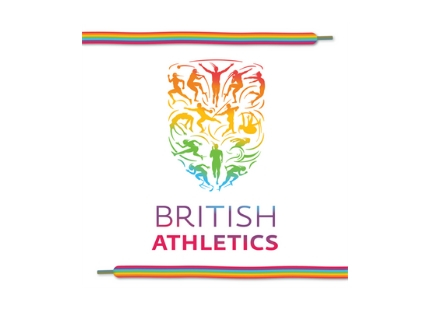 UK Athletics marked their partnership with Stonewall at the SPAR British Athletics Indoor Championships once again, after a year of working together to promote equality within the sport.

The SPAR British Athletics Indoor Championships took place at Arena Birmingham over the weekend of 9 and 10 February, as the country’s best athletes compete to become national champion and earn places on the Great Britain & Northern Ireland team for the European Indoor Championships in Glasgow next month.

Once again, the Rainbow Laces campaign was represented on every athlete’s bib at the championships, which was streamed on the British Athletics website and BBC Sport online.

Meanwhile, volunteers from Stonewall were on hand in the spectator village engaging with attendees about what they do and how people can get involved. They were also selling the iconic rainbow laces on the Stonewall stand.

“Sport is one area where lesbian, gay, bi and trans people often feel unwelcome, or even excluded, not only as participants but even cheering in the crowds. It’s extremely important that we kick discrimination out of sport – and it’s fantastic to see sporting organisations like UK Athletics actively tackling the issue.

“We’re working with organisations as part of our Rainbow Laces campaign to ensure all lesbian, gay, bi and trans people can be accepted without exception, in all sports and we look forward to continue engaging with UK Athletics as part of this work.”

Aside from visual representation over the weekend, UK Athletics has worked alongside Stonewall over the past 12 months to improve LGBT-inclusivity in the workplace and in the wider sport.

UK Athletics signed up to Stonewall’s Diversity Champions programme during 2018, a leading employer’s framework for creating and enhancing an inclusive workplace that enables lesbian, gay, bisexual and trans (LGBT) employees to reach their full potential.

Elsewhere, UK Athletics and the home countries led the way by organising the first ever ‘Raise the Bar’ conference as part of transgender awareness week. The conference, hosted by Donna Fraser, created an environment for open conversation around the topic.

Another significant step forward in 2018 was establishing non-binary guidance for road race organisers which was part of our commitment to the Sports Charter. Initially proposed by scottishathletics, the guidance was developed with the support of runbritain, scottishathletics, England Athletics, Stonewall and London Frontrunners, and can be seen here.

The year culminated with UK Athletics been recognised as the number one employer for LGBT inclusivity by Vercida, an organisation who promote equality and diversity in the workplace.

“Over the last 12 months, we have worked in several areas to promote equality and diversity, and one of the key strands to this was connected to the LGBT+ community. I’m proud of the progress we have made during that time and thank Stonewall for their support through the Diversity Champions programme which we joined last summer.

“We will continue to celebrate diversity as well as maintaining an environment which is welcoming for all LGBT+ people.” 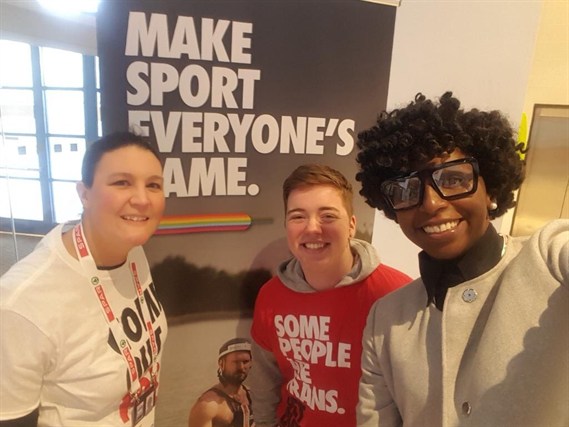 “Bexley AC has been an integral part of my life for many reasons. It is where my love for hurdles and athletics started. I met so many amazing people who have helped and supported me since the day I m...

UK Athletics has published its Diversity Action Plan which sets out the organisation’s approach and commitment to equality, diversity and inclusion. The plan, which will undertake progress reviews qua...