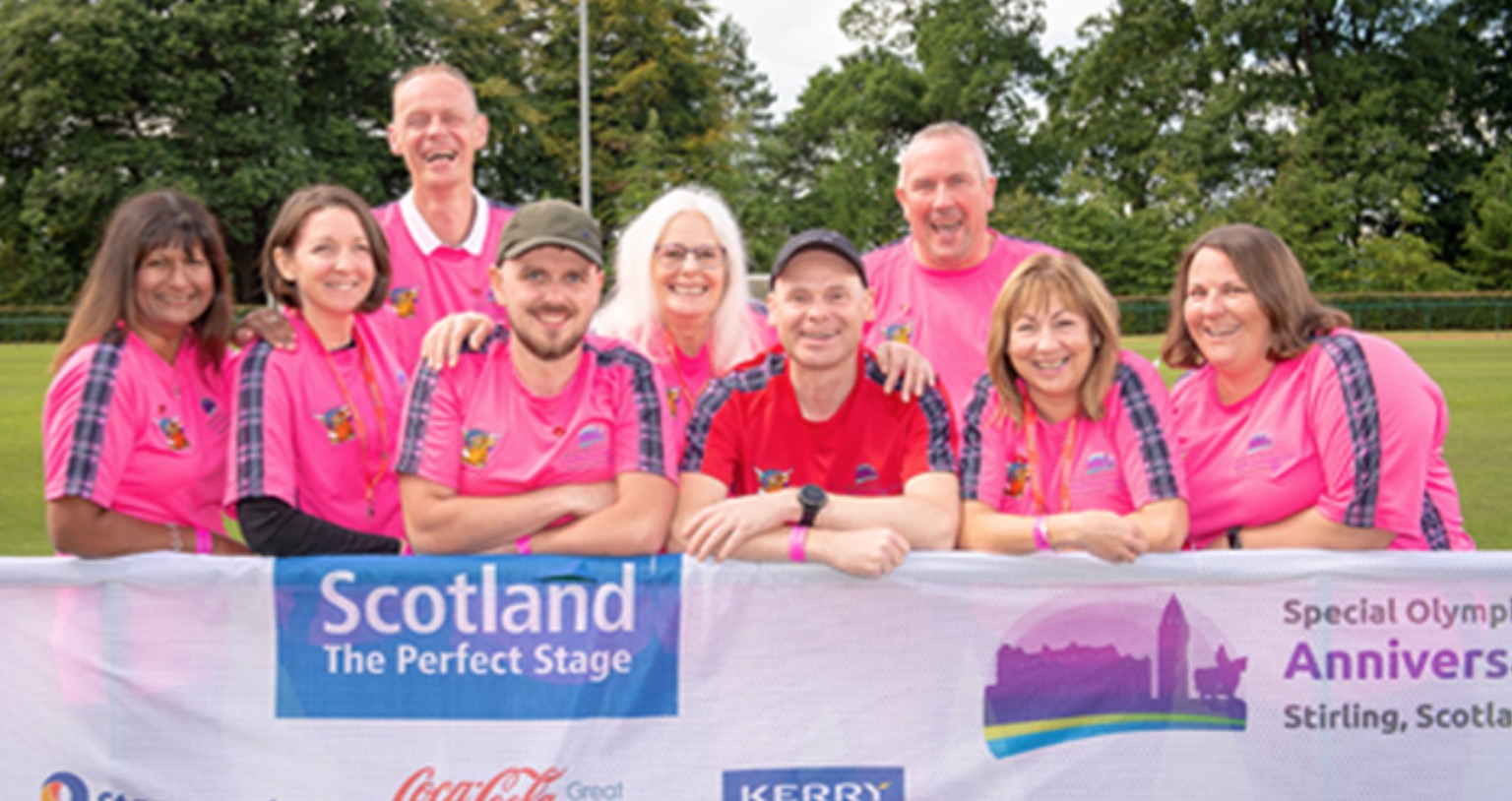 A total of 15 volunteers from CCEP travelled to the city of Stirling to support the athletes throughout their participation in the Anniversary Games – with the soft drinks manufacturer having been a founding partner of SOGB since the charity first began in Great Britain in 1978.

Each of the volunteers brought a range of experience, skills and expertise to the role, as well as a passion for helping to break down barriers, unite communities and empower SOGB to make a difference to the 1.5 million people with intellectual disabilities in Great Britain.

In total, 1,400 athletes from across Great Britain and international programmes took part in the Games from 9-13 August – competing in sports including swimming, badminton, boccia, table tennis and athletics.

In conjunction with the Games, CCEP has also launched a short film – featuring Murton Mann, Chairman of Special Olympics GB and Liz Lowe, Sustainability Manager at The Coca-Cola Company – highlighting the importance of volunteering and how this can help to drive positive change for like SOGB. Employees from across the business also shared their own volunteering stories from the last couple of years.

Holly Firmin, Community Partnerships Manager at Coca-Cola European Partners, said: “We’re extremely pleased to be supporting the fantastic work of Special Olympics GB and helping athletes to prepare for the Anniversary Games. As a business, our work with local communities is of great importance to us and encouraging an inclusive and diverse environment is a top priority. Working with SOGB has therefore been a natural fit for us and a much-valued partnership over the last 40 years. The atmosphere at the Games is always incredibly uplifting and inspiring, and we look forward to watching the athletes in action and continuing our support of SOGB for many years to come.”

Special Olympics GB’s Interim CEO, Michelle Carney, said: “I want to say a huge thank you to all our athletes, volunteers, coaches, fans, supporters and sponsors for all their hard work to make our 40th Anniversary Games in Stirling a wonderful landmark celebration. It was great to see the team spirit, positivity, energy, fun and enthusiasm from the Opening Ceremony through to the last sporting event on Sunday.

“The support from all parties at the Games was invaluable and we really appreciate our long-standing partnership with Coca-Cola European Partners and The Coca-Cola Company, and the employees who came to Stirling to volunteer at the Games. Congratulations to all involved on being such great advocates and representatives of Special Olympics GB and the global movement.”

Coca-Cola Europacific Partners (CCEP) is pleased to announce that its commitment to promote gender equality and empowerment has been recognised by its inclusion in the Bloomberg Gender Equal...