Shaquem Griffin: Why you should know about the world’s most famous NFL star

Talented linebacker, Shaquem Griffin, has joined his twin brother (older by two minutes) on the roster for the American NFL team, the Seattle Seahawks.

He’s a great player. Known for his speed and skill. And for being the first one-handed athlete to be picked in the draft. The 23-year-old University of Central Florida graduate was born with an undeveloped left hand caused by a developmental in his mother’s womb. He says this has always motivated him to work that bit harder. And it’s paid off. 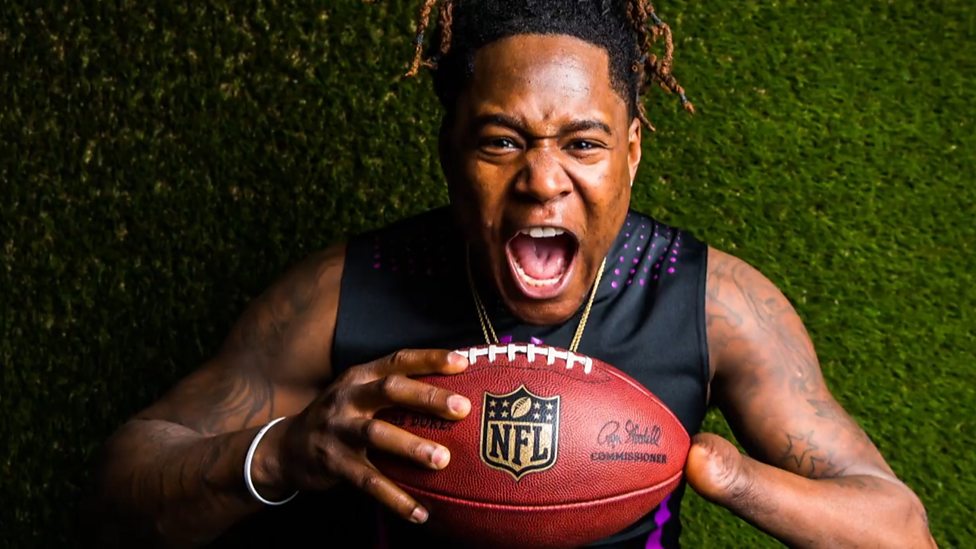 NFL player of the year

He was determined to show that he was "not just a feel-good story" but a serious player in his own right.

He says he and his brother were encouraged by their father to work harder and push further since they were very young. While his brother took a seat with the Seahawk’s last season, Shaquem starred for an unbeaten team.

He told Forbes he always wanted to be a professional football player but knew it wasn't going to come easy. He says his father, “prepared us for the work of it. We didn't know exactly how it was going to come about, but you just knew how you had to work get there." This drilled into him a solid work ethic and that you. “listen to your coach and teammates and continue to grow."

His commitment and drive is already making a mark. Off the field his rookie season saw him be part of the Nike commercial involving Colin Kaepernick, which dealt with different athletes overcoming obstacles to make their dreams a reality,

And he’s a hit among fans he world over. When the Seahawks turned out to face London’s Oakland Raiders this month, the name 'Griffin' and '49' appeared on a large number of jerseys. On the field, he’s committed to showing what he can do and return the confidence of Seahwak’s head coach, Pete Carroll.

“I have so much respect for a coach who brought me in,“ said Shaquem, as he, “looked at me as just being a one-handed player who just got drafted.” That’s, “a player who can contribute as much as possible,” said the star athlete.

Sky Sports NFL expert Neil Reynold said Shaquem is the man to watch. “Not only is he emerging as a really talented young player in his first year in the NFL, he’s going to be an incredible role model.”

We’re always looking to provide inspiring opportunities, and to talk about the inspiring ideas behind them. Learn more about what we do to give everyone the opportunities they want here.

The FA Disability Cup Finals will return to St George’s Park on Saturday 17 and Sunday 18 July, with BT Sport providing coverage over the weekend, the first time the competition has been broadcast liv...