Pete from the DVSA tells of his time at the agency 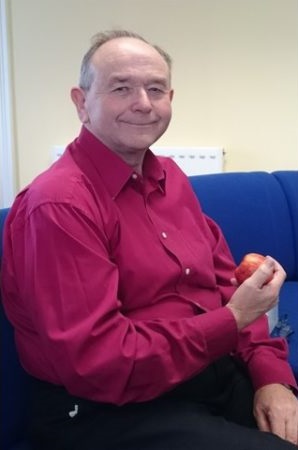 On Thursday 9 November 1995, Driving Examiner (DE) Pete Moss woke up with a heavy cold. With a running nose and a sore throat, he reluctantly made a call to Dorchester Driving Test Centre (DTC) and took the day off.

Since then, Dolly the Sheep was born, Google was founded, and the third millennia got underway. Pete, however, hasn’t needed another sick day – in more than 22 years and counting.

Pete, 66, joined the agency in 1986 as a DE in Bournemouth. He did this for several years before becoming a senior driving examiner in 1995, and managing the Dorchester and Yeovil DTCs.

“When I first joined we were still asking candidates to hand signal when they wanted to turn, slow down and brake,” he remembers, chuckling. “We’ve come on a long way since then.”

Back in Dorchester DTC on his lunchbreak, Pete tucks into a brown-bread sandwich. An apple and an orange remain in his lunch box.

“I wouldn’t say I have a particular health regime or anything like that,” he says between bites. “I’ve just been extraordinarily lucky I suppose. I mean I’ve had the odd head cold, but nothing some paracetamol hasn’t fixed. A couple of sniffles, you know, but you soldier on.”

Pete has had to tell candidates whether they’ve passed or failed their driving test 45,503 times in the last 31 years. Almost 30,000 drivers have been given the good news from him over the years, a pass rate of just over 60%.

Pete has seen changes happen to the driving test before, and wasn’t concerned by the latest ones which came in on 4 December. “I was certainly willing to give it a go,” he says with a smile. “We were definitely prepared for it.”

He returns to how he’s kept himself healthy for so long. “I think it just helps to have a placid disposition really … I’ve never been worried on a test, and I try not to take my work home with me.

“I do have a varied diet, and don’t pig out on anything in particular – or abstain either,” he says with a ponder. “Well, I suppose I did give up putting sugar in my tea.”

And with that, he checks his watch, finishes his apple and springs to his feet, ready for driving test 45,504.