The launch of the network – designed to support LGBT+ athletes, coaches and staff across the aquatics community – was Josh’s brainchild. 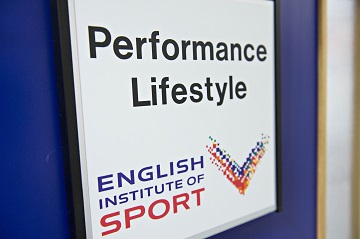 “Pride in Water feeds into the understanding that there’s more to life than just being an athlete, and that’s what More2Me is all about,” he said.

“Swimmers aren’t just swimmers, they have lives, they have families and different identities.

“The great thing about my job is I get to talk to each athlete and each one is unique. They have different skills and qualities but they’re all united in the goal of winning medals.“Elite sport can be an isolating environment and having a network for people to come together and share another common thread, can be massive.“Aquatics can be demanding and you need to feel comfortable in the environment.”Pride in Water encourages allies – those who may not identify as LGBT+ but are keen to further support the cause – to also join.The network is available for athletes, support staff, coaches, officials and volunteers at all levels across swimming, para-swimming, diving, artistic swimming, water polo and high diving.The reception for the launch was emphatic and Josh has been in conversation with athletes across the Olympic and Paralympic system to understand how best to proceed.Josh believes the urgency and desire for change brought about by global events can be the catalyst for Pride in Water’s success.“The most common reaction was people assuming that a group like this already exists,” he said.“The big thing for me was around visibility. People want to see there are athletes at the top level who also happen to be LGBT+.“Through the last few months, there’s been a change in social attitudes and people realise they have a lot of learning to do and they’re up for it.“We need a group like this because people want to learn and people will engage and come forward.”

Siobhan Hayden, Financial Accountant at Brit, explains what Pride means to her and the importance of a work environment where people are comfortable as their true self. I’ve been at Brit just over...