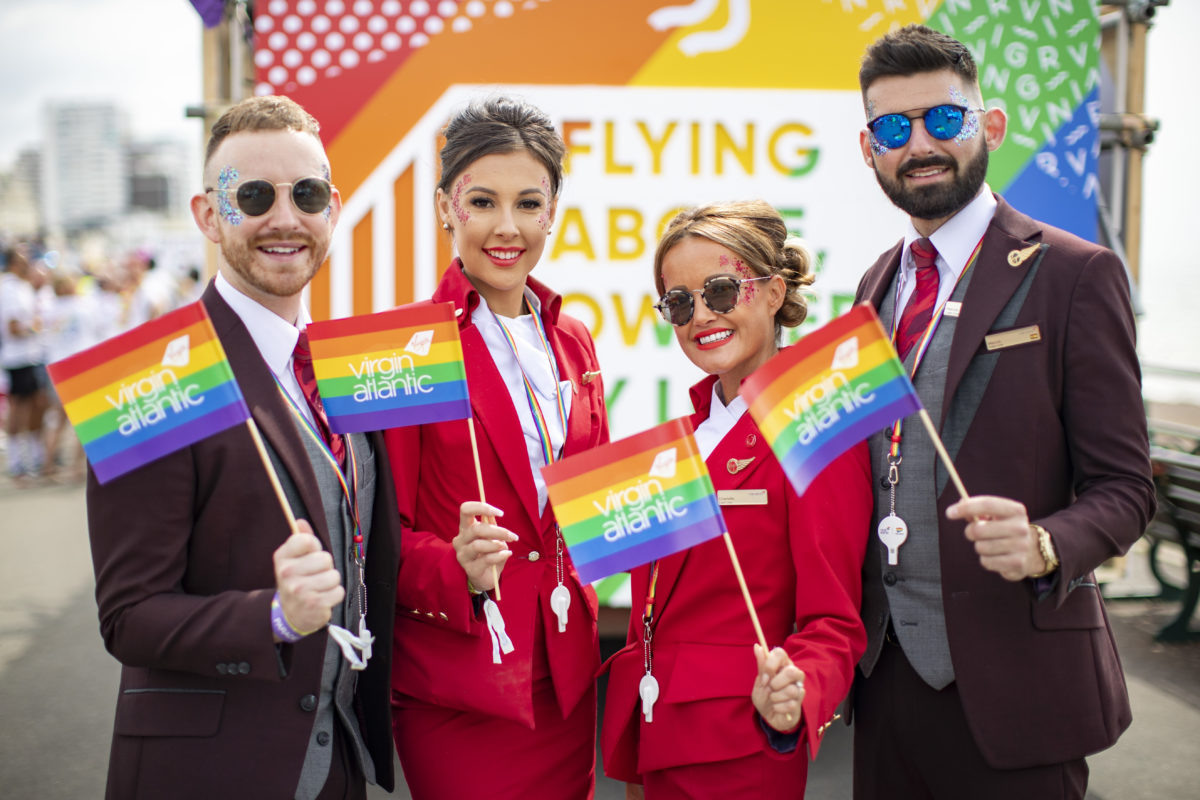 We’re delighted to announce that for the next three years we're going to be the headline sponsor of the UK’s largest Pride celebration, Manchester Pride Festival.

Manchester Pride is a charity that campaigns for equality, celebrates LGBTQ+ life and creates opportunities that engage LGBTQ+ people so they can thrive. Every penny it raises is ploughed back into the communities it supports and is dedicated to promoting and raising awareness for LGBTQ+ issues and the fight for equality across the city.

Manchester Pride Festival takes over the city every August bank holiday weekend, and is the charity’s flagship event. The festival is made up of a programme of events, and last year brought big-name artists to the UK city including Arianda Grande, Years and Years, Kim Petras and Cheryl Cole.

We’re committed to supporting LGBTQ+ people and fighting for diversity and inclusion around the globe, with the aim of becoming the most inclusive brand in travel. Along with Virgin Holidays we’ve worked tirelessly to drive change, including fighting for diversity in the Caribbean by working with local governments, tourist bodies and hoteliers, using same sex couples in an advertising campaign in India after the country decriminalised homosexuality in 2018, as well as raising awareness through the world-famous Pride Flight commemorating the 50th anniversary of the Stonewall rebellion.

“I am honoured to be partnering with an organisation that is so committed to placing diversity and equality at the heart of everything it does,” said Mark Fletcher, chief executive for Manchester Pride (pictured above with our cabin crew). “When brands like Virgin Atlantic and Virgin Holidays are able to carry a message across the globe in support of LGBTQ+ people it is extremely powerful and I am confident that we will work together over the next three years to drive real change both here in Manchester and throughout the world.”

Our chief commercial officer Juha Jarvinen added: “Virgin Atlantic and Virgin Holidays have long been staunch supporters of LGBTQ+ rights and we strongly believe in making our business as inclusive and welcoming as possible. We are absolutely thrilled to be the headline sponsor of the Manchester Pride Festival, at our home in the north. I am really looking forward to working with Mark and his team to use the influential power of our brand, our international footprint and our incredible people to fight for change across the world.

“Manchester is a major focus for us and with recent additional services to Orlando, Barbados and Las Vegas, we’re delighted to offer customers more choice than ever before. As Flybe joins the Virgin family and transforms to Virgin Connect this year, we’re excited to offer customers flying from the north 47 daily flights throughout the UK, Ireland and across Europe.”

Tickets to Manchester Pride Festival are available now. Rainbow passes start at £35 for a day pass and £65 for the whole weekend. A rainbow pass entitles festival-goers to two days access at Manchester Pride Live and four days at the Gay Village Party over the bank holiday weekend. We hope to see you there.

As always, the heart of Manchester Pride Festival remains firmly in The Gay Village, where Manchester Pride will celebrate LGBTQ+ life with an incredible line-up of community talent, performances, The Expo, markets, amazing food & drink, parties amongst the Village venues and much more.

The annual Manchester Pride Parade will fill the streets with colour on Saturday 29th August as Manchester marches and protests for LGBTQ+ equality, with hundreds of thousands gathering to cheer them on along the way. Keep an eye out for this year’s Parade theme announcement!

After a phenomenal inaugural year, Manchester Pride Live will return to Mayfield from Saturday 29th – Sunday 30th August, where the charity will celebrate with another stellar line-up of international talent across multiple stages, plus fun activities, fantastic food & drink and lots more to be announced.

Youth Pride MCR is an event especially curated for LGBTQ+ young people aged 16 to 25 aimed at creating a safe and nourishing space where the younger members of the community enjoy a variety of exciting performances and activities.

The Candlelit Vigil will continue to close the four days with a moment of reflection in Sackville Gardens. The home of Alan Turing and the Beacon of Hope will again be turned into a sea of flickering candles as Manchester remembers those lost to HIV, those who are suffering, those who are persecuted, and recognise the many challenges that are still faced by LGBTQ+ communities here and around the world.