Archway, one of our biggest employee networks, is celebrating LGBT History Month

Archway, one of our biggest employee networks, is celebrating LGBT History Month.

We’re proud to be an inclusive employer. Archway, our lesbian, gay, bisexual and trans (LGBT) employee network, is one of six such membership organisations at Network Rail.

It gives people the chance to influence policy making across Network Rail and the opportunity to meet colleagues in a more social atmosphere through events and talks around Britain.

Archway’s membership now stands at about 500, with 125 new members joining last year – the highest rate of growth in its five-year history.

Taking part in LGBT History Month, which promotes equality and diversity throughout February, is important to Archway.

Babak Erfani, who has served as chair of Archway, said: “There’s often a perception in society that LGBT people have all the rights they need and there are no issues out there. It’s only when we’re talking about our past that we think about issues that still exist in the present.”

Archway’s members have previously marked LGBT History Month with a visit to Bletchley Park, Milton Keynes, to learn more about the enormous influence of mathematician Alan Turing and reflect on his treatment as a gay man by the state after WW2.

Babak said: “It should be in our collective memory but it quickly fades. There’s an importance in making people realise laws have changed but society fundamentally can be problematic for LGBT people. We do need to talk about these things because they do have an impact on people at work.”

Archway was founded in 2013. In 2017 it was named the top LGBT+ employee network in Britain for improving the lives of LGBT people at the British LGBT awards. 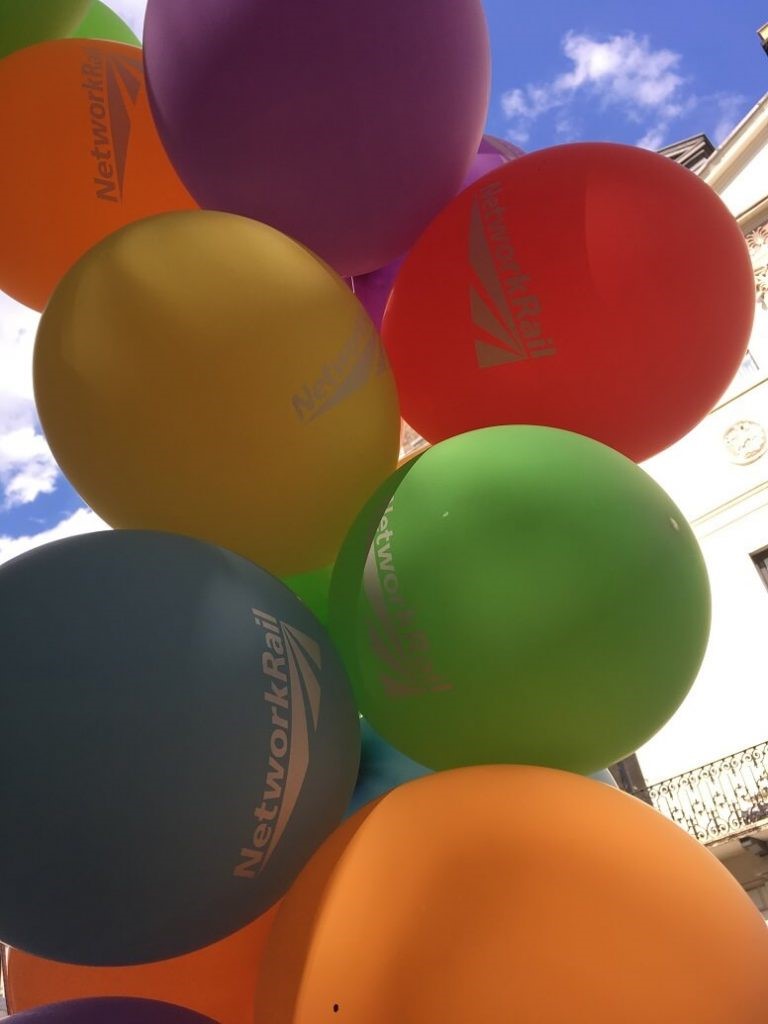 In 2017, Archway launched its first conference, Building LGBT Inclusive Workplaces. The event was part of an Archway campaign to drive LGBT inclusion in all our workplaces, from depots to engineering yards and track-side to corporate offices. It featured seminars, workshops, a Q&A and presentations hosted by external leaders in LGBT inclusion as well as from Network Rail and the wider rail industry.

Archway recognises that forming allies – colleagues outside the LGBT community – is an effective way to influence positive change. Its new allies training programme is an industry first that aims to help more colleagues understand how they can support LGBT people in the workplace.

Babak hopes that in Control Period 6 – Network Rail’s next five-year budget and planning period, which starts in April – the training will become standard.

He said: “Our role is to create the atmosphere, create the conditions, get the right stuff in place for training so our allies can be empowered and the people who will make a difference are cisgender and straight. Having it recognised as a proper course is recognition of that inclusion.”

The wellbeing of colleagues is of vital importance to Archway and the simple steps we can take – from opportunities to include gender neutral bathroom facilities, training and support for managers, updated graphics and artwork and provision of more information and guidance on harassment, bullying and issues specific to the LGBT community – will help us improve working conditions for everyone.

As part of LGBT+ History Month, some members of our Which?’s LGBT+ network have shared their personal LGBT+ heroes, outlining contributions to society and what these icons mean to them personally.   L...

Fostering a diverse and inclusive workforce benefits our people and our company. We want every Arcadian to feel proud to be themselves at work. #ProudToBeMe is shorthand for our commitment to create a...

“Bexley AC has been an integral part of my life for many reasons. It is where my love for hurdles and athletics started. I met so many amazing people who have helped and supported me since the day I m...

Here is how dhProud marked the occasion     February was LGBTQ+ history month and to celebrate it dhProud ran a ‘hidden heroes’ competition, honouring one LGBTQ+ hero (someone who has made a signific...