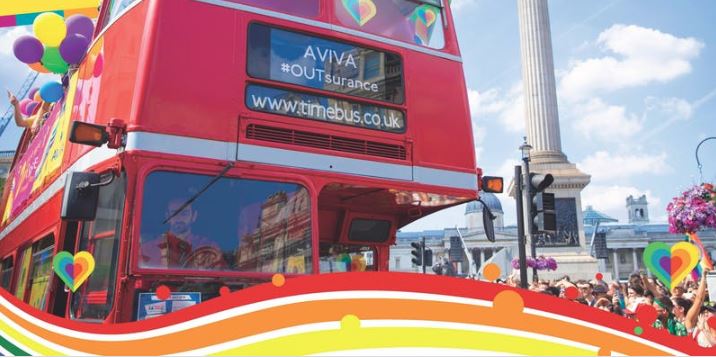 Join us for an LGBT+ film screening to remember! Click the link for more information and to register your interest for Aviva Pride's first ever film night.

At Aviva Pride, we live to make insurance #OUTsurance. So, to kick off Pride season, we are hosting an LGBT+-themed movie night in our auditorium at our London HQ, St Helen's, which has one of the largest screens in Europe!

We are screening the Oscar-winning film, Milk. The struggles of the San Francisco LGBT+ community highlighted in the film are still occurring today around the world, even within developed countries like the USA and here in the UK.

We are also super-excited to announce that we will be joined by the Academy Award®-winning actor, author, screenwriter and director, Dustin Lance Black, who wrote the screenplay for Milk. Dustin will be giving a speech following the film, as well as signing copies of his new book, Mama's Boy, which will also be on sale throughout the evening.

We're opening this event up to anyone with an interest in the LGBT+ community, so help us fill the room with people from inside and outside of Aviva!

There will be a chance to mingle and network, with drinks and nibbles on hand from 17:00, with the film starting around 17:45.

We also have a number of fabulous prizes on hand, which will be distributed by raffle at the end of the film, including:

We look forward to welcoming you soon for an LGBT+ film night to remember - together, let's make insurance #OUTsurance!

Kindness is powerful and life-changing, and we love to see it in action.That's why we're so proud of Laura McSorley, a Team leader in our Savings and Retirement Team. From the boot of her car, she se...

Our people are amazing. And some do amazing things. Like Annabelle Chapman who is a Protection Claims Advisor and also both Britain’s Strongest Woman and The World’s Ultimate Strong Woman! Remarkably,...