Improving diversity and progression at Capita 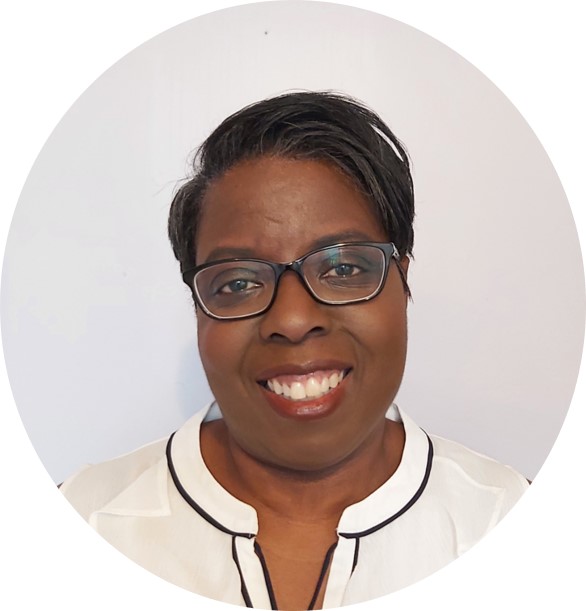 Reduce Inequality, Strive for Equality (RISE) was set up by Eileen Lewis to improve diversity at Capita – but it’s much more than that. We spoke to Eileen about the programme and how it’s inspiring and motivating people all over the business.

When Capita made a public commitment to increase diversity at the company to 15% BAME, 5% Black heritage, we weren’t quite sure how to approach it. I suggested the idea of a platform where we could share the voices of Black, Asian and minority ethnic people from across the company. I was able to put it into action with the support of some great people in Capita.

At the heart of it, I wanted there to be a place to share our experiences and discuss the challenges that we've had as Black, Asian and minority ethnic people. We held listen and learn sessions and agreed that there was undoubtedly a lack of diversity in the business, especially at a senior level. People of colour weren't applying, and one of the main reasons was the lack of constructive feedback during the interview process. I wanted to create a programme to help restore that confidence and allow people to demonstrate their talents and feel confident to apply.

We created a tangible leadership course that is different from other courses out there because we give people time to practice skills and experience new environments. We give people the safe space to be able to practice leadership competency skills and they get feedback from their peers about how they performed. It’s all aimed at developing people and allowing them to feel inspired.

For the last intake, we had a cohort of 20 people at team leader level or below, because that's where we see a lot more diversity. We split them into four groups and asked them to nominate a team leader which changed for each task. Each week, they undertook pre-learning and then worked together on a task based on a module of the Capita Academy’s leadership and development training. They then put together a 10-minute presentation for the rest of the cohort.

What we've noticed is that when people are unsuccessful when interviewing for a professional role, the first thing they are told is that they don’t have enough experience. But how can you get the experience if you're not doing the job? That’s why this programme gives participants practical experience, so they can say: “I managed a team of four people on the RISE programme. This is the task that we had to do, these are the challenges that we faced, and this is the decision I had to make”. RISE is a success because it gives participants examples to share – if you've done it once and you've done it well, you're more than capable of doing it on a permanent basis. It's as simple as that.

Everything is done within their normal working week, but the pre-learning part and meeting as a team is something they must manage themselves. It's been amazing because they've embraced that challenge – everybody took it on board to meet up, to have that chat and to get things done.

It’s much more than a few weeks

Phase one is the workshops, and then phase two is for us to secure five secondment places within the business for these people to continue developing their learning. So far, we've also secured promotions – so two people on the pilot cohort have been promoted within their own business area and we’re waiting on another three, which we expect to hear about soon.

We’re trying to create a talent pool. So, we'll continue to provide support and work with their line managers to make sure that their personal development plans are aligned with their skill set and goals – what they want to do, where they want to be within the business – we try and help them achieve those objectives.

Consequently, the talent pool is there when we’re looking for diversity, because managers can come to RISE and ask if somebody has come through the programme that we can recommend for a position. It’s a great springboard for anybody.

Support from the top

Capita has been hugely supportive of RISE. From the beginning, they supported the idea and offered sponsorships from the very top of the business. Kathy Quashie is the ExCo sponsor for the programme and has been hugely helpful. But the key turning point for me was when my mentor helped me push it forward and connected me with people at that higher level.

What’s been amazing is that the senior managers are on board and supporting the programme, and we're getting conversations from people left, right and centre about who's doing the RISE programme and whether they’d be suitable for vacancies coming up. It’s been absolutely incredible. I've even been able to have conversations with our CEO, Jon Lewis about it. We talk about actions, not words, and Capita’s ExCo are really helping to demonstrate this.

Due to the success of the pilot, we’re looking to expand the programme to RISE Women, helping women to achieve leadership positions. We’ve also got permission to expand RISE across all divisions.

RISE makes people aware of the opportunities that are out there, and there are plenty at Capita. The mutual mentoring programme is fantastic, which partners Black colleagues with senior leadership mentors, so that both can learn from each other. We have a work experience programme for kids who are having difficulty at school, teaching them about different career paths and how they can develop their own futures. We’re also committed to supporting the #10000 Black Interns initiative for the next 5 years – there’s just so much going on and it’s exciting to be a part of.

Why I’m passionate about diversity

Eileen Lewis, Diversity and Inclusion Business Partner at Capita, is also the programme lead and instructor for Reduce Inequality Stive for Equality (RISE), which is specifically designed to support...

Understanding the challenges of the LGBTQ+ community at Pride and beyond

Firstly, Happy Pride month to all. As you may or may not know, June of each year marks the celebration of the LGBTQ+ community, and this year is extra special as 2022 marks the 50th anniversary of Pri...

Being Bi in the workplace

Working in HR for over 25 years has given me great joy and I am one of those people who loves what they do. I feel myself in a place of privilege to lead the people function and to be able to work w...