The report found UK energy leaders are accelerating change to their employees’ working practices in response to the coronavirus crisis and this can support the development of the talent and skills needed for the future. 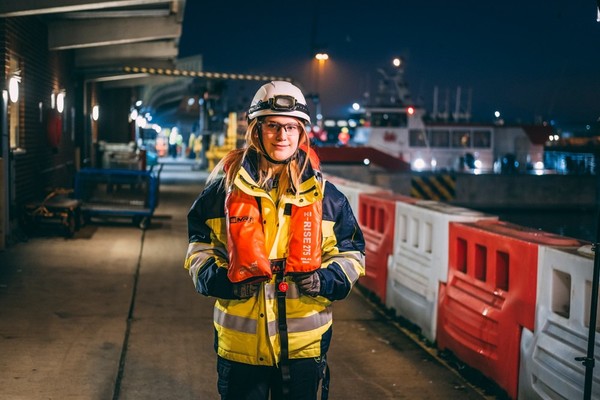 ‘Bringing Gender Diversity and Inclusion Commitments to Life’ is the second report from the Energy Leaders’ Coalition, a commitment by the heads of 14 of the UK’s top energy companies to improving gender diversity and inclusion within their organisations and across the UK energy sector.

The report reviews progress made by the companies in the past year, including what has been difficult and why; the good work each organisation is doing in case studies that others can learn from – the ‘recipes for inclusion’; and plans for year three to overcome remaining barriers in a shifting world.

Recent analysis by POWERful Women and PwC of the boards of the top 80 UK energy companies has reinforced the need to drive greater representation at senior levels:

Ruth Cairnie, Chair of POWERful Women, said:  “We’re delighted to publish the second anniversary report of the Energy Leaders’ Coalition, a response from the very top of the industry to the poor level of representation of women in senior roles. In the report, the companies share the strategies and programmes that are doing the heavy lifting to improve inclusion and diversity – and bringing real results.

“At times of uncertainty and disruption, diversity and inclusion are more important than ever. While we must ensure that lessons are embedded and gender stays on the agenda during the recovery, I am reassured to see that many UK energy leaders are accelerating real change in their working practices to ensure they have the best talent available. There is more to do but this will help equip the industry for the energy transition and economic challenges and opportunities ahead.”

SSE’s work to reduce the number of non-returners from maternity leave was highlighted in the report as an example of how organisations can help overcome some of the barriers. As well as increasing maternity, adoption and paternity pay, SSE also introduced a gradual return from maternity and adoption leave on full pay and benefits for up to six months.

This means returners receive full pay and benefits whilst only working 80% of their hours for the first six months. Prior to the introduction of the scheme, 16% of women who took maternity leave at SSE did not return or left shortly after returning. By the end of 2018, this had fallen to 2%. At the end of the financial year 2019, the non-return rate was still low at only 4%.

SSE’s target to increase the number of women in roles earning over £40k to 25% by 2025 has also more than doubled from just 10% in 2014 to 23% by 31 March 2020 and the report also outlines how important it is to use a consistent framework to measure progress and work with employees to increase diversity data and information.

Proud to be powering change in the EV Sector

SSE is delighted to be part of a ‘Top Women in EV’ a campaign designed to encourage greater gender diversity across the EV and engineering industry. Each day the campaign shares a video of two women...

Challenging ourselves to create gender diversity in the workplace

Blog by Nikki Flanders,  Managing Director of Energy Customer Solutions:   I love the theme of this year’s International Women’s Day: Choose to challenge. Challenge is a word that divides opinion. How...

SSE Renewables award MSc Scholarships at the University of Strathclyde

SSE Renewables has awarded MSc scholarships to two students who have recently started their studies at the University of Strathclyde in Glasgow.   (From left to right): New MSc student Kenneth MacSwee...