Future cities: “We have to act right now”

Martina Otto, UN Environment’s Head of Cities, believes that the next 15 years are critical for urban areas. The choices we make now will determine their sustainability.

As more people choose to live in cities (66 percent of the global population will live in a town or city by 2050), urban design becomes key to mitigating climate change. The UNEP’s Martina Otto spoke to Siemens Stories about how an integrated approach to urban infrastructure is part of the solution.

As more people choose to live in cities (66 percent of the global population will live in a town or city by 2050), urban design becomes key to mitigating climate change. The UNEP’s Martina Otto spoke to Siemens Stories about how an integrated approach to urban infrastructure is part of the solution.

Why are cities and city infrastructure so important when fighting climate change?

Martina Otto: Cities are where the rubber hits the road, in a sense. They account for around 70 percent of energy consumption and related greenhouse gas (GHG) emissions, and the figure is similar for resource use. Cities have opportunities to take action, often faster than at the national level, which makes them prime players when planning for a better setup. The infrastructure decisions we make today determine how well we will succeed in reducing GHG emissions in the future.

What kind of potential are we talking about?

If you consider that we build urban infrastructure the size of Paris every week, then 60 percent of the built environment and 70 percent of the overall infrastructure that we will see in 2050 has not yet been built. Without action, there’s a huge risk of being locked into an unsustainable pathway – but it’s also a huge opportunity. The bulk of urbanization will happen over the next 15 years, so we have to act right now.

"60 percent of the built environment that we will see in 2050 has not yet been built. Without action, there’s a huge risk of being locked into an unsustainable pathway."

How can integrated urban systems, including those employing smart technology, help decrease resource use and thus emissions?

In the International Resource Panel report called Weight of Cities, we examined the biggest levers of resource efficiency and found that an integrated approach has cumulative benefits. The key levers of change are first, spatial planning; second, sector optimization in key sectors; the third is cross-sector optimization and the fourth is behavior change. If we tackle all these in a coherent manner, we can reduce both resource use and GHG emissions by 35 to 55 percent. Pretty big numbers.

Key sectors, which include transport, buildings and energy, need to do their part, but we need much greater integration of sectors. There are a number of bus rapid transit projects and corridors that have been fully electrified with solar power, which are a good example. Electrification of transport has to go hand in hand with renewable energy development, otherwise we just shift emissions from a diffuse source, e.g., vehicles, to a point source, such as a coal-fired power plant. It doesn’t get us out of the trouble zone. A lack of access to clean energy is also often more of an issue in developing countries. That’s why we need to put such a strong focus on reducing energy consumption elsewhere, such as in the building sector. Reduction in emissions is needed in all sectors, but the building sector at the moment is responsible for almost 40 percent of energy use. If you want to reduce that, obviously energy efficiency is the way to go, and then we could even add renewable energy produced on site. 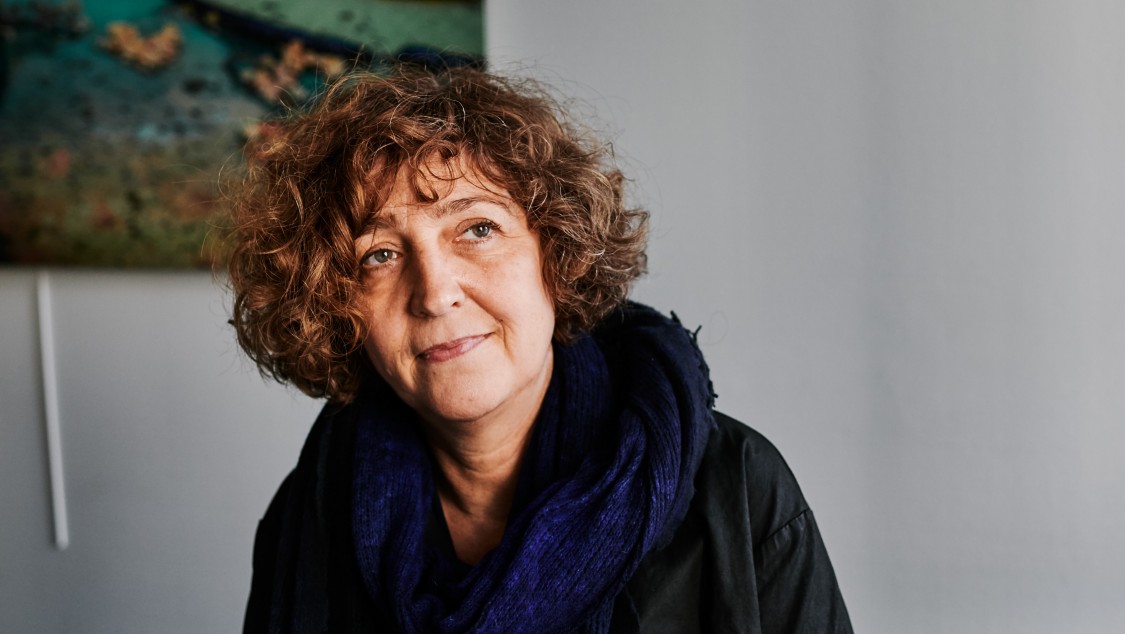 Martina Otto, UN Environment’s Head of Cities, in her office in Paris.

Can you give us some examples of integrated systems in use?

Look at district energy. Heating and cooling demand accounts for a huge part of energy consumption in buildings and related GHG emissions, so it’s a prime area to address. Modern district energy systems allow more renewable energy into the systems; they allow the use of waste heat and so offer a multiplicity of possibilities to make heating and cooling provision much cleaner. The UNEP has supported over 30 cities in 14 countries through the District Energy in Cities Initiative, which is essentially a public-private partnership or PPP; our partners share information on what technologies are available and their latest developments and motivate each other. Examples of better buildings include the UN building in Copenhagen (it uses 55 percent less energy than most similar-sized buildings due to features such as seawater cooling, district heating, an intelligent façade and a central building management system) and the UNEP offices in Nairobi. It’s energy neutral; solar panels provide all the energy required and even feed some back to the grid.

"If we look at the development of solar panels, creating stable demand – through feed-in tariffs, mostly – helped get the prices of solar PV down quickly. The business sector saw it as an opportunity, and we ended up with grid parity much earlier than anybody expected. We need to find inspiration from that and spur cost reductions in other technologies."

What elements of integrated smart urban infrastructure do you think should be rolled out right away?

Modern, fourth- and fifth-generation district energy solutions. Also, smart meters. They may look trivial, but help us to reduce our consumption as individuals, and at the same time modernize the energy system and help regulate production. I would also highlight nature-based solutions to help deal with more frequent and severe heatwaves and heavy rainfall associated with climate change.

How can such systems be rolled out across the world’s cities – considering the enormous differences between nations’ resources and ideologies?

Raising awareness about the options that exist, and working on guidance documents that help planners ask the right questions, so that the solutions can be adapted to different contexts is important. There is a good mix of solutions that are more technical while others require less initial investment, so deploying this mix is important. It’s also about unleashing the capacity of the private sector through public-private partnerships (PPP). Cities can stitch together public and private funds, as well as use mechanisms available through climate funding and official development aid.

How does that pan out in detail?

The crux of it is to identify business opportunities, where the private sector can go in and roll out the solution. So it starts with good planning and setting the right policy frameworks. Cities can drive the market by using the key lever they have, which is public procurement for infrastructure. It provides a bit more critical mass. Public procurement is one way of creating more stable demand, which in turn can help drive down prices. If we look at the development of solar panels, creating stable demand – through feed-in tariffs, mostly – helped get the prices of solar PV down quickly. The business sector saw it as an opportunity, and we ended up with grid parity much earlier than anybody expected. We need to find inspiration from that and spur cost reductions in other technologies.

"We have already seen amazing leadership coming out of so many cities – there is a bit of a race to the top to come forward with commitments and clear and ambitious targets."

With this surge in technological innovation, how will under-resourced countries “keep up?”

Sometimes developing countries don’t have all the infrastructure in place yet, so they’re not yet locked into one pathway. That allows for opportunities, for “leapfrogging” – although I don’t like the word. If we look at energy systems, do we all need to be connected to a main, central grid? There are more nimble systems that interconnect: stand-alone systems, microgrids, neighborhood-level grids.

What gives you hope that cities can become more sustainable, fast?

We have already seen amazing leadership coming out of so many cities – there is a bit of a race to the top to come forward with commitments and clear and ambitious targets. There’s hope because there are technologies that help us solve several problems at a time, and we need to use these much more. I also think we have made a huge step in terms of public awareness.