To kick off Black History Month, we spoke to Natalie Ibu, outgoing Artistic Director of tiata fahodzi, about how the company is working to tell the stories of Africans in Britain and invite more people to the party. 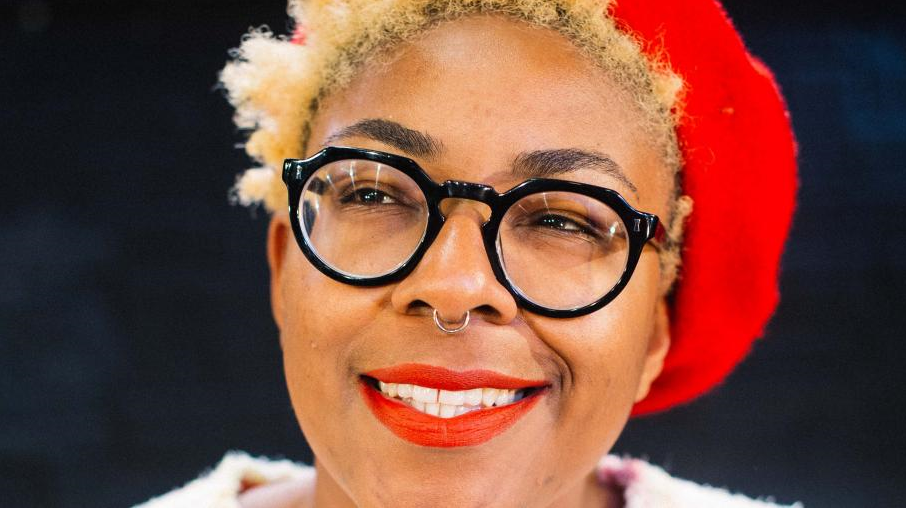 1. First up, tell us about your mission and why it’s so important?

tiata fahodzi was founded in 1997 with the mission of telling stories about Africans in Britain to British African audiences. Whilst the company looks and feels very different from 1997, we have remained steadfast in our commitment to British African artists, audiences and stories ever since then. Our journey has mirrored that of the British Africans we seek to serve; from early productions telling stories of emigration and diaspora to, under second artistic director Lucian Msamati, reflecting on the relationship Britain and British-Africans have with Africa. Then during my tenure from 2014 – 2020, exploring what it means to be of African heritage but of mixed experience.

This work is important because our vision for the future contemporary Britain is a multiple society: rich with languages, races, cultures and identities. In a sense, this diversity is unremarkable and normal; however, in theatre – as with so many areas of our curated “mainstream” culture – there are still so many people, experiences and identities we are failing to see represented in this multiple world. We are failing to invite and make space for us all to understand more about the world we share, the lives we lead, and what it means to be here, now. We want to see a cultural ecology in Britain where everyone feels invited and welcome to participate. So, at tiata fahodzi, we’re committed to doing our part and activating others to do theirs so that all experiences are celebrated, so we see ourselves in our full complexity, where shortcuts fail to function, and where theatre offers understanding, and feels relevant to the lives we live. 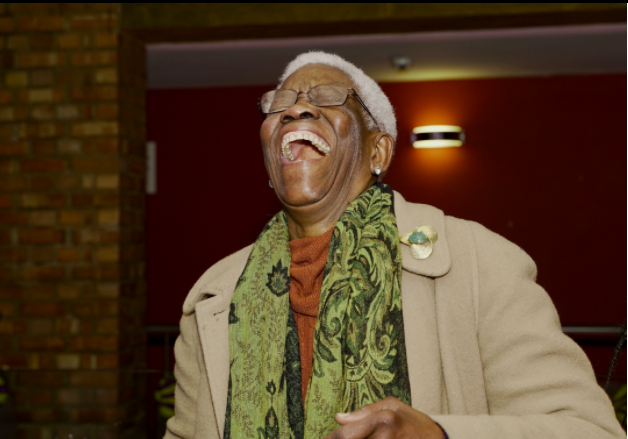 2. You platform a lot of voices from across the arts and culture sector, whose work really excites you right now?

We pride ourselves on being champions and super-fans of Black theatre artists: from young changemaker Tobi Kyeremateng, activist Sammy Willbourne, and new-company-on-the-block Uproot; to leader Yamin Choudary, theatre legend Winsome Pinnock, and so many brilliant artists in between. But actually, whilst my theatre peers inspire me daily, I also seek inspiration from culture makers outside of the immediate theatre sector. For me, popular culture is political and I want my work – and any company I have the pleasure of leading – to be in conversation with popular culture because we share an audience. So that might be series like Greenleaf, Power or the Real Housewives of Atlanta (that all feel Shakespearean in their complexity), or journalist and thinker Paula Akpan, long-reads from Danielle Dash, the incredible novelist Bernardine Evaristo, visual artist Phoebe Boswell and her work I Need To Believe The World Is Still Beautiful at Get Up Stand Now, the family skits of The Kabs Family, the gorgeous Instagram of Akwaeke Emezi, the cultural podcast Still Processing, the aesthetic of Insecure, the tweets and TinyLetters of storyteller Bim Adewunmi... I could go on.

3. What challenges do you think are still out there for getting the stories of British African-heritage communities heard?

I think the biggest challenge is cultural “gatekeepers” who think they know audiences better than they actually do, and more generally think they know best. This could also be said of theatre buildings, to an extent, as well as people.

I think – and I realise this is ironic since I’m about to take over a building – but buildings as the primary destination for the exchange between audience and artist are very challenging for a company like tiata fahodzi. When touring, we have to – in one visit with the least personnel, least resources, least time – undo decades of history between our audiences and their local buildings. Buildings are not neutral, they are powerful and emotional spaces that can make some people feel entitled and others feel locked out. I’m thinking a lot about how – as a leader of a building – I can say yes more often and get out of the way of stories.

4. You’ve worked on a lot of projects and collaborations – which are you particularly proud of or think have made a real impact?

The biggest lesson I’ve learnt in my six years at tiata fahodzi is that our activism can take different shapes and be on different scales. Take good dog: a giant, 2.5 hour, technically complex, epic monologue for one actor. We premiered in 2017 and went on to do two national tours across 26 cities and towns. The play was adapted into a series of short films seen by close to 40,000 people in one month, which was a particular success for us given the sector’s tendency to make Black stories small and short.

But small actions are also important to us, like our simple intervention on Twitter, calling out a series of tweets for articles consistently using stock photos of white people. This resulted in The Stage Stock Photo Project, which saw the creation of over 200 brand new backstage stock photos featuring people of colour, who also represent the gender spectrum, disability and religion, for free use in media and across the rest of the sector. I am immensely proud of these examples. 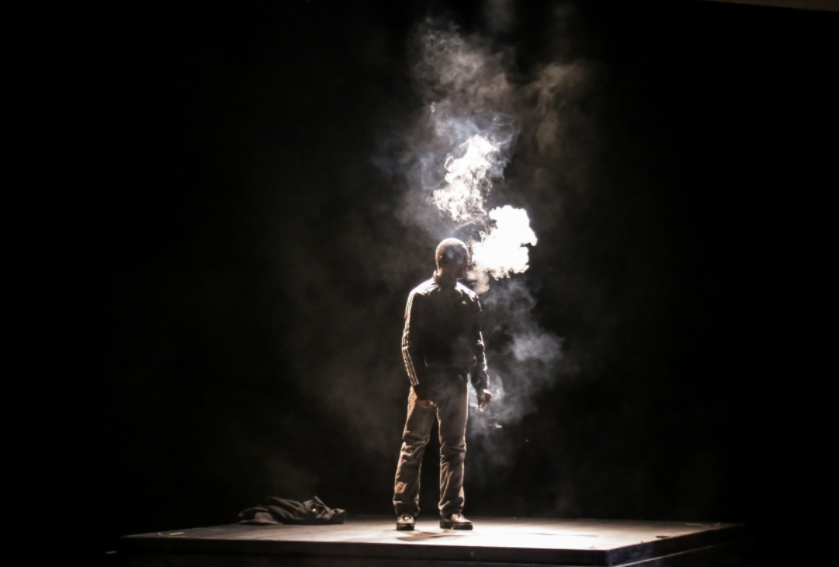 5. You recently launched the Friendship Model, where did that idea come from and what do you hope it’ll achieve?

We launched the Friendship Model formally in 2019 but it has been in development since my first day as Artistic Director of tiata fahodzi on 8 December 2014. I remember so clearly the moment the idea was planted. In the first hour of my first day, I tuned into a Creative Case for Diversity event. Dawn Walton – who was running Eclipse at the time – was on a panel and she said that audience development is as simple as inviting people to your party. And I thought – wow, yes yes yes. And then I thought – looking around at my own organisation and beyond – hang on, you don’t throw a party without having some friends first. And the Friendship Model was born. How could we – theatre – make friends, enough friends, to throw parties?

The Friendship Model is built around how we could live our professional and personal lives in authentic relationship with our local Black community in Watford. As a touring company it can feel like we don’t have an audience. We borrow venues’ audiences, so how could we develop our own relationships, moving away from the transactional and, instead, invest in doing life with them so that we could – like in real life – look around and think, wow I’ve got loads of friends, I’m going to throw a party. Because then – if you’re a genuine and valued friend whom people like to spend time with – people come, without having to be coerced, bribed or given a ticket code. Even better, they bring a bottle and a friend.

We believe – at tiata fahodzi – that if we get to know our future audiences and engage them in friendship first then – like all rewarding friendships – they’ll seek out opportunities to spend more time with us, there will be no hard sell. And they did. From 2019-20, we trialled the Friendship Model in Watford, London and Leeds making 100 friends across 136 friendship dates and 26 community events. We threw four housewarming parties, that resulted in 302 audience members I don’t think we’d have had the pleasure of hosting without being local to them, and participating in their lives before asking them to participate in ours.

We did this – not just for us but – for the rest of the sector and recently released a suite of tools to help friendship making be at every organisation’s core.

Today sees the publication of Arts Council England’s Diversity Report 2019/20. A snapshot of how representative our sector was in the twelve months up to April 2020. That month lay between two...

Continuing our International Women’s Day celebrations, we catch up with Zoé Whitley. She talks to us about her role as Director of Chisenhale Gallery and gives advice to women in the earl...