We can today announce that this season’s Emirates FA Cup Final will be dedicated to Heads Up, with lead partner Emirates donating their title to the campaign.

As a result, the showpiece event in the football calendar, provisionally scheduled to take place on Saturday 1 August 2020, will be known as the Heads Up FA Cup Final.

Spearheaded by our president, HRH The Duke of Cambridge, Heads Up is a partnership between ourselves and Heads Together that harnesses the influence and popularity of football to change the conversation on mental health.

The season-long Heads Up campaign was launched at the FA Community Shield and has been visible across all levels of football in England throughout the course of the 2019-20 season.

Culminating in the Heads Up FA Cup Final, the campaign has strived to raise awareness, spark conversation and signpost support for those in need, highlighting to the nation that we all have mental health and it's just as important as physical health.

Speaking on a call this week with Arsenal first-team players, head coach Mikel Arteta and academy manager Per Mertesacker, HRH The Duke of Cambridge commented: “We’re going to really use the Final as a moment to promote good, positive mental health for everyone.

"It’s quite timely bearing in mind what we’ve all been through with this pandemic. I think there’s going to be, sadly, a lot of repercussions from this in society, not just in football, in terms of people’s mental health. Hopefully the FA Cup can be a bit of a pivot that people can rally around.”

His Highness Sheikh Ahmed bin Saeed Al Maktoum, chairman and chief executive of Emirates Airline and Group, added: “Emirates has a long standing partnership with the FA and the utmost respect for The Duke of Cambridge and his mission to destigmatise mental health through the Heads Up campaign.

"We're happy and honoured to donate our use of the FA Cup title, and use this platform to raise awareness for such an important cause. With the challenges that the world is facing this year, it’s more relevant than ever for us to use our global reach to inform and unite people around mental wellbeing.” 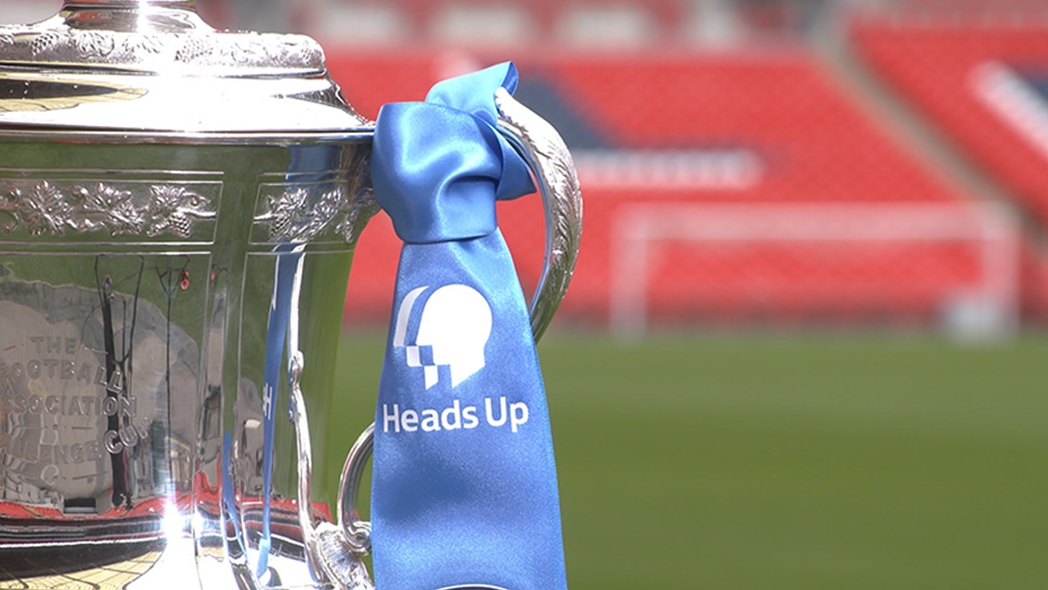 The 2020 showpiece will be named the Heads Up FA Cup Final.

Our CEO, Mark Bullingham, added: “After several difficult months for many throughout the country, mental health wellbeing is more important than ever.

"We're delighted that, thanks to the support of Emirates, we are able to dedicate our showpiece fixture in the men’s football calendar to Heads Up.

"I'd also like to thank the BBC and BT Sport for their support for the campaign, as they share our passion to combat this important issue. Together we will encourage people to talk about mental health, striving to remove the stigma that exists around it.

"The Duke of Cambridge has always wanted to start the biggest ever conversation on mental health and renaming the FA Cup in this way, with millions around the world watching, is our way to help stimulate this discussion.”

Godric Smith, chair of the Heads Up campaign, said: “We're extremely grateful to the FA and to Emirates for this unprecedented gesture of support. Dedicating the final of football’s most iconic domestic cup competition to Heads Up is a huge statement about the importance of mental health and their commitment to it.

"Given the many different impacts of the COVID-19 pandemic, it's more important than ever that we talk about our mental health and help support one another, and the Heads Up FA Cup Final will hopefully generate many more of those conversations amongst fans and the football community.”

There’s never been a more important time to kick off a conversation. Find tips and advice from Heads Up and our charity partners – Mind, CALM, Heads Together and Sporting Chance.

Those wanting immediate support can also text ‘HeadsUp’ to 85258 to connect with a trained crisis volunteer – a service run by Shout and powered by Crisis Text Line, which is available 24/7 and free to text from most mobile networks.