Hardeep Kundan is a Recruitment Advisor in Financial Services at EY, and also Chair of the EY Sikh Network. We asked her what her various roles involve, what EY are looking for from those who seek to join the firm, and what they in turn can offer people from all backgrounds.

How did you come to join EY?

My background was in private banking as a relationship manager, and also agency recruitment.  I’ve always had a strong commitment to promoting equality, particularly gender equality and BME (black and minority ethnic) issues. As a recruiter for the Financial Services Advisory team, I can have a positive impact in these areas by attracting the most diverse pool of talent for EY.

What’s involved in your role at EY?

Primarily, Financial Services is about helping our clients’ businesses grow and change to improve their performance and become more competitive. As a Recruitment Advisor, I have the opportunity to influence this through strong business relationships, meaningful conversations with candidates and helping to build high performing, inclusive teams.

Tell us about your other major role, as Chair of the EY Sikh Network.

I am very proud to be Chair of the EY Sikh network. The focus is on raising awareness of the Sikh faith via various events, particularly in four key areas: education; the arts and history; social issues such as gender parity; and finally graduate support and mentoring (particularly first-generation university students and how they can be successful at an organisation such as EY).

Can you give an example of an event?

Every year there are celebrations in Trafalgar Square for different religious festivals, such as Divali, Eid and many other cultural events, and that includes Vaisakhi, one of the biggest festivals for Sikhs.

Because of my involvement in the EY Sikh Network, I was invited to be on the steering committee. My main responsibility was managing the performers on stage and introducing the Mayor, Sadiq Khan. It was fantastic to have that platform and to talk about what Vaisakhi meant for me and the impact of the day generally.

EY recently hosted an Asians in Sport event in early 2017 – what did that involve?

Numerous studies have shown that not enough BME people participate in sport. The main reason for the event was to discuss why, and have a panel of people from different backgrounds talk through their journey. For example, one panel member was Annie Zaidi, a Muslim who wears a hijab and is a football coach for the FA. Her path has not been easy, but her character and resilience showed through. Another was Rachel Choong, triple world para badminton champion, who again has had an incredible journey.

The discussion was featured on Sky Sports so it was a great success from all points of view.

You also support the EY Foundation – tell us about that.

Yes, the EY Foundation is about helping young people from disadvantaged backgrounds to create and sustain routes into education, employment and enterprise. It includes a variety of charitable and other initiatives. For example, I spent three days hiking in the Sierra Nevada mountains as part of the Tres Picos challenge. I was worried about getting through and hitting my target but I did – and ended up raising over £1,500 – so I’m very pleased I did it.

I’ve been involved with a couple of events which overlap with the Sikh Network. One was Women in Politics with a panel of female politicians, including Preet Kaur Gill, who was then a councillor but was recently elected Britain’s first Sikh female MP, as well as Kate Willoughby of the Suffragette movement. They talked about their motives for getting into politics, the support they’d received and how they could they get more women MPs into Parliament. Again, the feedback was superb.

I also organised an event on Women in Arts, which was about getting more women from Asian communities to participate in arts careers. We invited two female artists, one a Sikh and one a Muslim, who had faced initial familial opposition, but who are now very successful artists, to come and talk. So we were discussing how to overcome the challenges and how to encourage more women to follow their examples.

Finally, can you tell us something about the culture of EY generally, from the point of view of both diversity and opportunity?

What differentiates EY from competitors, for me and from speaking to candidates and agencies we work with, is that we are very flexible and put people first. The firm is very good at enabling professionals at all levels to build careers without sacrificing personal priorities.

It’s the same with diversity. There are 26 separate networks at EY – based around different faiths, ethnic backgrounds, abilities, parenthood, LGBT, mindfulness and so on.

We’re always introducing new things to attract the type of people that we want to join us. For example, our Reconnect programme specifically helps people who’ve had a career break of 2-10 years, whether to raise a family or for other reasons, to come back to work.

It’s initiatives like these which helped attract me to EY – and I hope will persuade many others in the future to join us. 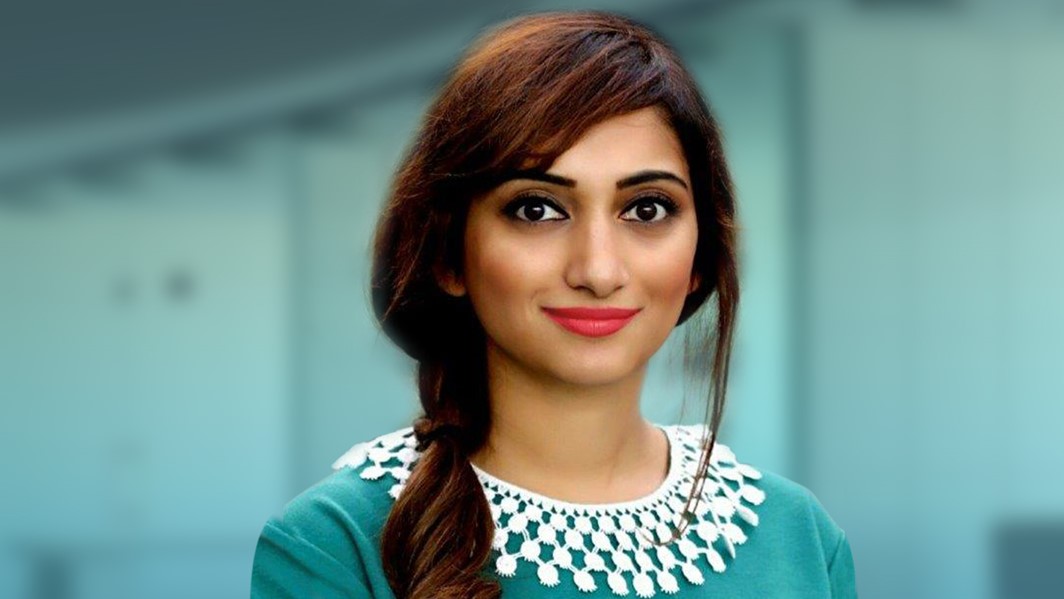 Meet Reshma, a Service Delivery Manager within Consulting at EY in London, who leads clients and teams through technology transformation and innovation to transform their operating and business mod...

2022 Forecast of opportunities for technology companies

We have ranked the major opportunities for technology companies in 2022 after last year’s rapid market shifts.   In brief   Global recovery has laid bare supply chain bottlenecks that could...

Sam received his first wheelchair from EY’s charity alliance with Whizz-Kidz more than 20 years ago and, as a teenager, became involved in their Employability Programme which aims to support more youn...

In July 2020, we launched our Anti-Racism Commitments and vowed to be a voice and force for change, both within our own organisation and in society more widely. We were clear that we, and others, need...