As Muslims across the world take part in the Holy month of Ramadan, I'm humbled to share my experiences as a practising Muslim working for the FA. 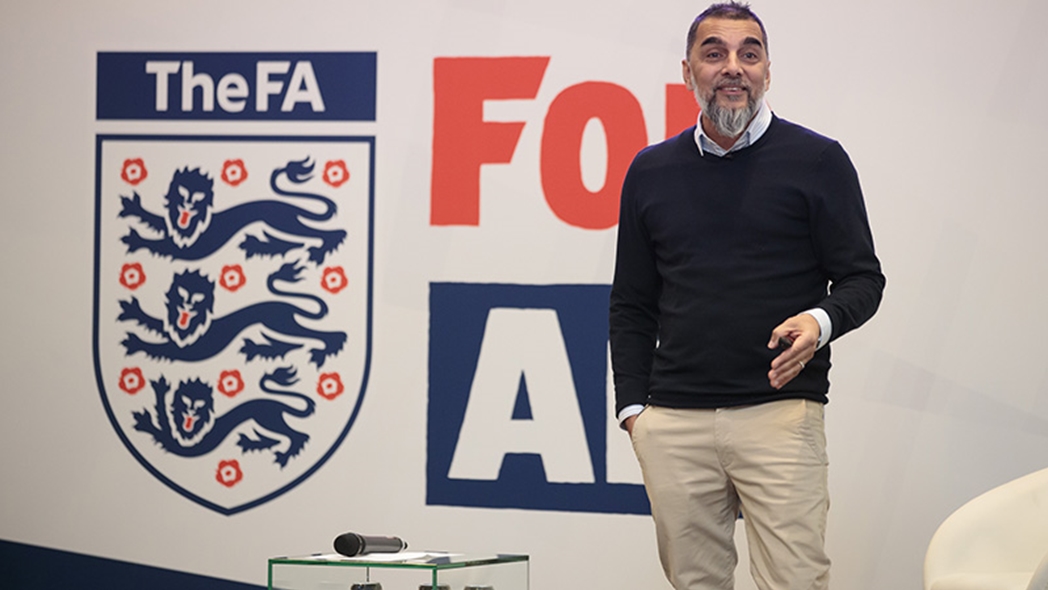 Ramadan is one of the key pillars of the Islamic faith and the most auspicious month in the Islamic calendar. In the UK, alone there are 2.9m Muslims and Islam is the second largest religion in the world with a worldwide following of over 1.9 billion.

Followers of Islam are called Muslims, the word 'Islam' in Arabic means submission to the will of God. Islam was revealed over 1400 years ago in Mecca, Arabia through the revered prophet Mohammed (Peace be upon Him). Muhammad (PBUH) for Muslims is the last prophet sent by God (Allah).

We believe God sent prophets to mankind to teach them how to live according to His law. Jesus (Isa), Moses (Musa) and Abraham (Ibrahim) are other respected prophets within Islam.

The faith is based on five key pillars

Ramadan is the ninth month in the Islamic calendar and one of the five fundamental Pillars of Islam. Ramadan lasts for one lunar month which is a maximum of 29 or 30 days and its start and ending dates are determined by the sighting of the moon.

This means it comes around 11 days earlier each year and so starts on a different date each year. During daylight hours, adult Muslims and those who have reached puberty are required to abstain from eating, drinking and smoking. 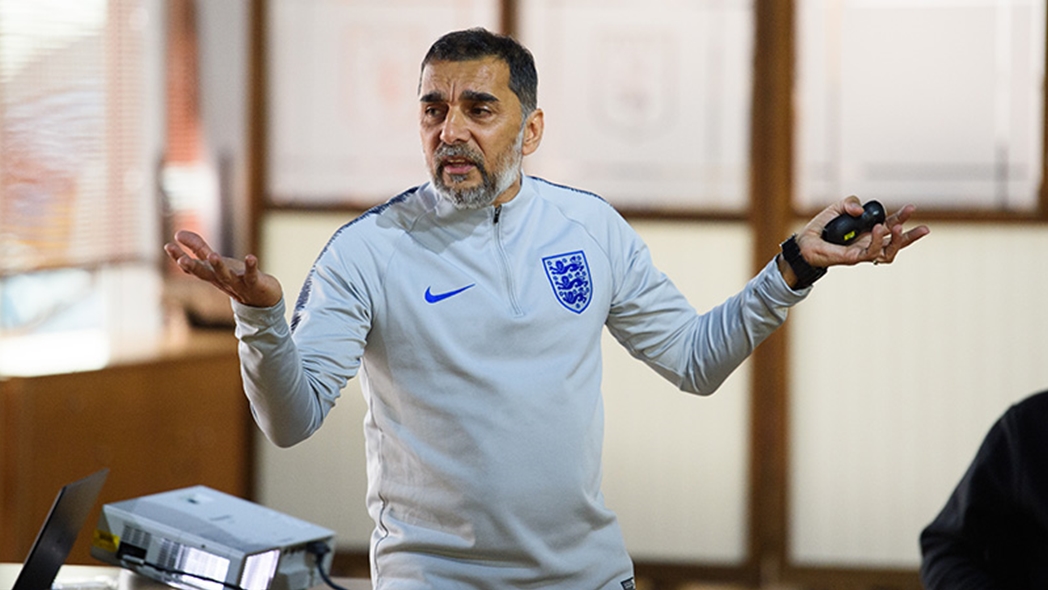 The obligation of fasting does not apply to those who are physically and mentally unwell, travelling or pregnant. If any individual has not been able to observe fasting, they may make up for it later or donate a set amount to the poor.

For me personally, my faith dominates every part of my life as a devout Muslim. I pray five times a day and the month of Ramadan is a time for even more devotion to my faith by reading the holy book, the Koran and is also a time for reflection for those less fortunate than me.

Abstaining from drinking and eating is always a challenge in the first ten days. However, once your system becomes accustomed to the routine, the final 20 days are so much easier.

It's also a time where I marvel at my colleagues' tolerance, respect and understanding to the extent they feel guilty drinking or eating around me!

The month is also an opportunity for increased charity and it is incumbent on every Muslim to give up 2.5 per cent of their capital assets on a yearly basis to any charitable cause.

Charity can come in all sorts of forms. In my early childhood I remember vividly sharing food to neighbours, Muslims and non-Muslims and the appreciation and sense of community was palpable. 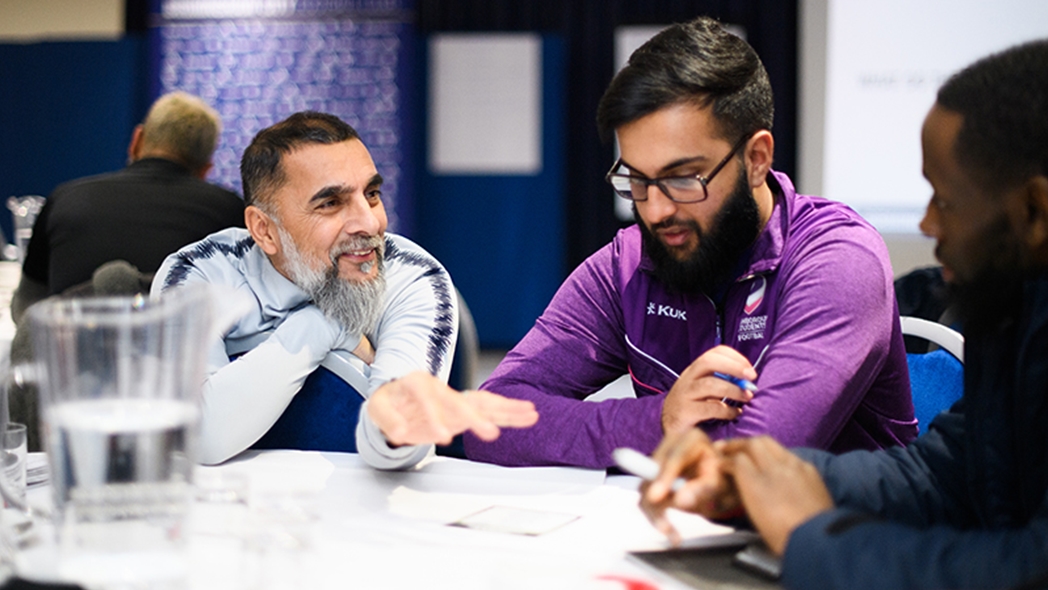 This month also increases your ‘Deen’; a rough Arabic translation for 'way of life'. As a Muslim I follow the teachings of the honourable prophet Mohammed (PBUH) and the revelations brought to him and then transcribed in the Holy book, the Koran.

The one transcending thing about being a Muslim is it's a Brotherhood and Sisterhood. I've been fortunate to have followed England in many World Cup and European campaigns and those journeys have taken me across the world.

One thing I'm guaranteed to find is a fellow Muslim who would take me in and offer me food and shelter, this to me is the most remarkable part of my faith. Alongside the spirituality is the sense of true belonging.

On a more practical note, feeling fatigued during the month in this new world of online communication is probably something to be mindful of. Also prayer times during the day must be strictly adhered to, so if someone has turned the camera off and gone on mute, they might not just be checking their emails!

Early morning meetings might also be a struggle as the fast begins at 4am and prayers then follow. Every Muslim is aware of their obligations during this month and expects no special dispensation - just an acknowledgment from colleagues only serves to raise awareness and increase understanding.

Finally, following the 30 days of fasting and to mark the end of Ramadan, there is the celebration of Eid Ul Fitr a joyous day of communal prayer (socially distanced) and often followed by a magnificent feast with family and friends.

The FA and Syria Relief Team Up to Support Refugee Children

The FA and Syria Relief, the UK’s largest Syria-focused charity, have teamed up to help donate over 3,000 items of kit to Syrian children living in extreme poverty in refugee camps on the Lebanese bor...

Backed by Let Girls Play ambassadors Abi, 17, and Olivia,15, along with Barclays’ ambassador Kelly Smith MBE, the Let Girls Play campaign will inspire and empower communities and schools to want to he...

Being An Ally For Equality: FA Director Polly Handford

As legal and governance director at the FA, the division for which I have responsibility plays an integral role in the fight to eradicate all forms of discrimination from our game.   The Rainbow Lac...