Giuseppe Minetti has been competing as a sprinter since he was 10, winning his first race across the school playground as a trial on who would represent Sacred Heart in the Battersea Primary Schools Athletics Championships, held at Wimbledon Park stadium on what was then, a cinder track. 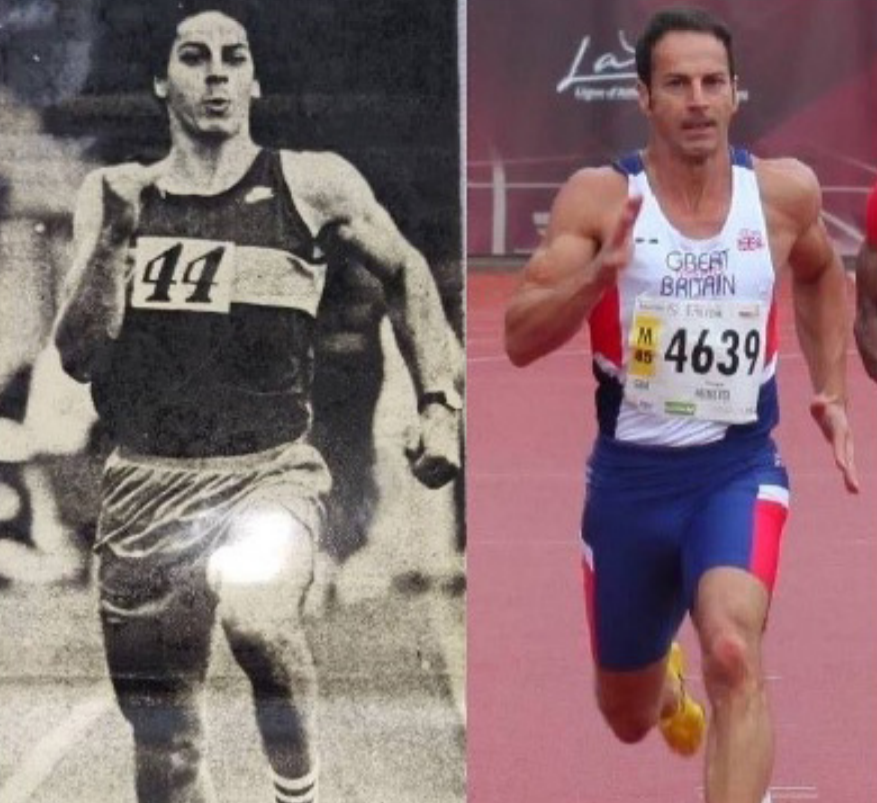 At the age of 12, he joined Belgrave Harriers and within weeks he was competing on a regular basis, mostly in age groups above his. In the 1985 season, he was lucky enough to train with John Regis, Marcus Adams and Philip Goedluck at Crystal Palace.

His introduction to Masters Athletics (Veterans Athletics back then) came in 1991 when he switched clubs to Herne Hill Harriers and was lucky enough to meet Byron Gray, a 60-year-old sprinter and coach. At the age of 60 he was still running 12.5 for the 100m and 25.5 for the 200m and in the 6 years he coached Giuseppe, he missed only ONE session, and that’s because his house burnt down. Byron is another solid reason why he continued to be part of track and field.

In 2012, the London Olympics really fired him up, and with only a few months of preparation he decided to throw himself into the deep end and enter the British Masters Athletics Championships (BMAF), and without anything snapping he managed to run 12.52 in the 100m. In the next few years, he became to realise that the Masters scene was pretty big in the UK. He knew this is where he wanted to be and once again immersed himself into sprint training, as well as running his business, getting married and having 2 kids!

In 2015 he entered the Masters World Championships in Lyon, France and was blown away at how massive and well-run the event was. More than 8,000 athletes aged 35 and over, coming together from 42 countries to compete in track and field.

He was over the moon to reach both the 100m and 200m finals, and knew that the Masters scene was something he wanted to be part of, and promote to a wider audience. So, he started to talk to people in the British Masters Athletics Federation (governing body in the UK) and offered his services in a marketing capacity. Giuseppe is now the Head of Marketing and Communications for the BMAF, and the creator of its marketing brand; Masters Athletics UK.

There are a few ways to get involved with the UK Masters scene.

Ramadan is a month-long period of fasting, prayer, and spiritual reflection. Observed by 1.8 billion Muslims around the world (just under a quarter of the entire global population), it is one of the...

UK Athletics and British Athletics staff came together for International Women's Day 2021 and chose these 3 pledges to embed within their organisations, and to challenge any behaviours which would hi...