To mark the relationship between the BoE (Bank of England) and Haven House Children’s Hospice, Mark Carney planted a tree in Haven House’s grounds on 29th June, 2017.

The tree was planted to commemorate the volunteering efforts of the Bank’s staff to assist in clearing the gardens ahead of the charity’s Summer fair. The planting of the tree also recognised the Bank’s support for Haven House as one of their charities for the year 2016/2017.

The Governor of the Bank, Mark Carney, was given an exclusive tour of Haven House and he met with the staff and the children there. The Governor was also shown the tree that was planted by the British Ambassador to the US in 1974 and the former Governor of the BoE, the Earl of Cromer. The Earl of Cromer was amongst more than one hundred notable public figures who has planted trees in the hospice’s arboretum.

Mark Carney said that the Bank of England is extremely proud to support Haven House as one of their charities of the year. The tree that he planted marks their partnership and commemorates the contribution of the staff of the Bank who have been providing their continued support to the children suffering from life limiting conditions, as well as, their parents at the hospice.

He further said that he is proud of the fundraising efforts of the colleagues of the Bank. Through a range of different fundraising activities, they have managed to raise over £34,000 for the charity so far. 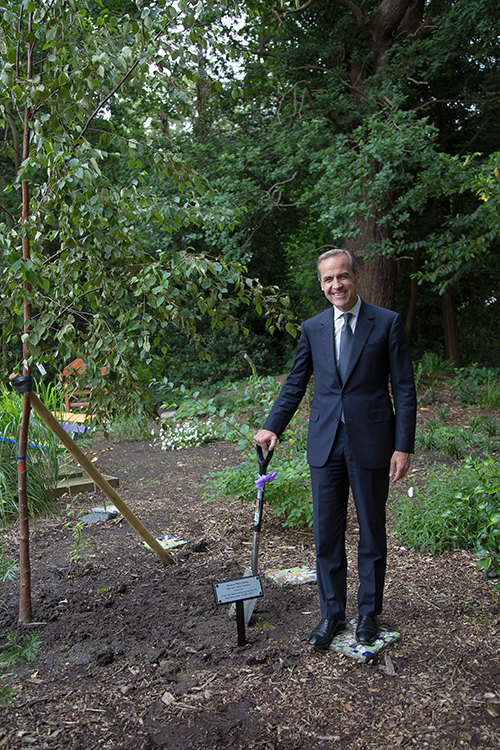 The Bank of England promotes an inclusive culture where everyone is given the opportunity to contribute towards the good of the public. The Bank also encourages its staff to support the community, as well as, charitable causes that they are concerned about.

Every year, colleagues are requested to nominate charities and also vote for the ones that they want to support. The Bank’s charities for 2016/2017 are Haven House Children’s Hospice and Macmillan Cancer Support.

Colt raises €20,000 for Médecins Sans Frontières to help the fight against Coronavirus

Colt employees across the globe have come together to raise funds for MSF as part of their Coronavirus Crisis Appeal. London, UK, 15 July 2020 Colt Technology Services has today announced that its s...

Many of our Organisational Design, Development & Talent team (ODDT) have been watching the TV drama, 'It's a Sin', about five friends whose lives are tested as they grow up in the shadow of AID...

The health pandemic: how it has unleashed the energy of our people to help our charity partners navigate a virtual world

Looking back at 2020 and how we came together as a team As we complete a year of lockdown, I am reflecting on the significance of 2020 in terms of our enriched relations with our charity partners. It...

Playing our part in the global response to Covid-19

Giving back to the community has long been a feature of our business and one which our people care deeply about. Recognising that the Covid-19 pandemic is at its core a human tragedy, we wanted to do...