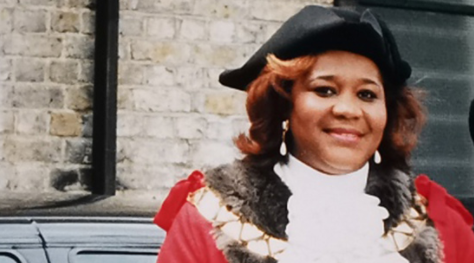 Bertha Joseph has been a Volunteer Community Ambassador for the Met since 1976, working closely with the police as part of her role as secretary for Notting Hill Carnival and later as a councillor and Mayor of Brent.

In 1996, she was awarded a Superintendent’s Commendation for her work in building a positive partnership with Southwark Police to combat racial harassment and support victims of crime. Today, alongside the Metropolitan Police Service, she is committed to making Notting Hill Carnival a safer place for everyone attending.

What does your role as a Volunteer Community Ambassador for the Met involve?

As an ambassador, I act as a bridge between the local Notting Hill community and the police. In the lead up to and on the day of the Carnival, I work closely with the police, expressing any concerns that the community may have and diffusing any potentially volatile situations.

I was one of the female pioneers of Notting Hill Carnival and I have been involved with it since 1975, my name is even on the Notting Hill Carnival Pioneers Plaque in Cambridge Gardens. Though this year the Carnival was virtual, we worked with the police and neighbouring boroughs in terms of identifying illegal raves during lockdown. It really is amazing to see so many people come together for one common cause.

In 1998/99 I became the first African Caribbean Mayor of Brent and was re-elected for the year 2006/07. Throughout my work, I endeavoured to better the relationship between the police and community.

We would arrange for officers to go into school and speak to the pupils or different community groups, having this direct contact with the police meant that they could share perceptions and build relationships, working together to build a safer community.

Particularly in terms of the young people we worked with, I would have their parents telling me these interactions had changed their views and given them the opportunity to talk to officers in a positive way.

What inspired you to become a Volunteer Community Ambassador?

I grew up in a family of police officers and soldiers so I knew I wanted to play an active role in helping others. I was a secretary for Notting Hill Carnival during the Notting Hill Riots of 1976, I saw first-hand the effect of racial tensions on the community and the need to improve relations with the police going forward.

Following this we worked with the police to build, a relationship of trust, and testament to this is the fantastic work we do together now to keep Carnival going. I am so proud of what we have achieved with them.

What has been your most memorable moment?

In 1996, we were awarded the Superintendent’s Commendation for outstanding work with Southwark Police. I worked with Southwark Council in their housing department and together with the police; we helped to tackle all forms of hate crime – from racial abuse, to domestic violence and homophobia.

As a team, we were absolutely dedicated to fighting discrimination and harassment and our work in the community led to the arrest of a gang of 12 people who had been continuously racially abusing residents. I attended the court proceedings myself with the police officer, seeing justice served was immensely rewarding.

As well as this, we were awarded the Local Authority Race Awards in Southwark on two occasions; the award included the work of every borough in England, Scotland and Wales so winning it, and winning it twice, was a huge achievement.

What would you to say is the most important factor in continuing to improve relations with the community?

In every area of life, you have the negative and the positive – the most important thing is to face both head on and for us all to have an open dialogue. Police are the people we call when are in trouble, when we need security or help, so we must work with them and our communities to bring about positive change. Ultimately, the police cannot do it alone; they need the community to work with them.

It is extremely important for our community, particularly our young people because there are so many black achievers whose stories have never been told. It is important for them to be inspired and celebrate the contributions of those who historically did not have a voice and hopefully it will inspire them to think - if they can do it, so can I!