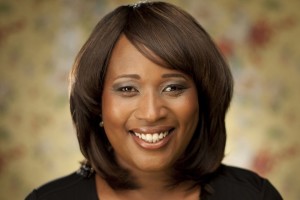 Companies and charities were honoured nationwide at Thursday's ceremony at The breathtaking Queens Hotel, Leeds, rewarding the best of British diversity across all UK industries.

Throughout the year, there are some individuals who work tirelessly to remove barriers and put diversity at the very heart of everything they do. The Excellence in Diversity Awards once again celebrated those who go above and beyond the call of duty to improve the lives of others in their communities and workplaces around them.

Over a thousand nominations were received paying tribute to an elite mix of diversity ambassadors showcasing their incredible achievements to the equality agenda.

The one-of-a-kind ceremony kicked off with an inspirational speech from Changing Faces Founder, James Partridge OBE discussing the importance of face equality. He said "Facial disfigurement has for far too long been a taboo subject – and I am proud of the work that Changing Faces has done since I launched it in 1992 and especially that in 2008, when we launched our campaign for ‘face equality’, like race equality". James proceeded to thank the Excellence in Diversity Awards and the shortlisted nominees in the room for their outstanding devotion to diversity and inclusion.

Founder Paul Sesay welcomed guests to the exciting ceremony and discussed his inspiration behind the awards. As passionately as ever, Sesay said "Our aim is to have innovative and truly diverse award ceremonies, celebrating employers and diversity champions that excel in the field of inclusion. It is through people like you, that change can happen." The ceremony, without a doubt, delivered on that aspiration.

After decades of tackling social and cultural injustice and inequality, Cambridge House CEO Karin Woodley was awarded the prestigious Lifetime Achiever Award. A list of tremendous achievements were recognised by judges, including Karin's persistence to drive a number of significant changes at a community and statutory level in the arts, education, social action, and criminal justice sectors.

Another highlight of the evening came when Mohammed Zafran was honoured for his charitable efforts with the Diversity Champion Award. Guests were informed of Zaf's inspiration, the tragic death of his brother in law who was brutally murdered, and the death of his Blind Sister. All 4 Youth & Community CIC now has 16,764 youths registered on their books, helped 3,506 youths get back in education, and over 4,500 into employment.

Shine Media creator, Joanna Abeyie was awarded the Diversity Champion Award in the Private Sector for supporting diverse talent to gain access into jobs within the creative industries, and Tim Seward from Circle Housing was recognised in the housing sector for his transformational impact on homeless people's lives.

A survivor of homophobic bullying, Inclusion for All founder Shaun Dellenty was recognised for his outstanding work addressing this issue in our schools, whilst St Andrew's employee Shirley Farthing was honoured for her exceptional work in the field of Deaf communication and care.

Dell's WISE Network scooped the Outstanding Diversity Network Award, and HMRC accepted the Best Diversity Resource Award for setting an excellent example across the whole of Government and influencing the wider Civil Service.

Named 2016's Employee of the Year, Gary Zetter, Director at Mitie was hailed a perfect example of its namesake, whilst, Sarah Maskell MBE took the gong for Head of Diversity and Inclusion, for her remarkable work at the Royal Navy.

With support from numerous cheerleaders, Transport for London's - 100 Years of Women in Transport was honoured with the Diversity Marketing Campaign of the Year Award.

The night was wrapped up with a brilliant performance from The Voice UK Runner Up Leah McFall, who performed the pick of an impressive catalogue of songs.

ITV News Presenter Charlene White said, "It was an absolute pleasure to present The Excellence in Diversity Awards this year. I've worked alongside many organisations over the years with the aim of improving the level of diverse faces and talent in our workplaces. So it’s great to be part of the awards. Congratulations to all of this year's shortlisted nominees and winners, it was a pleasure meeting and celebrating you!"

The event is definitely one to mark down on your calendar and provides recognition for excellence regardless of age, disability, gender identity, sexual orientation, race, faith, religion and culture.

There is no doubt that the impact made by this prominent array of diversity patrons is unprecedented.

The House of Commons position sees an impressive rise of 88 places from last year to 28, reflecting the House’s ongoing commitment to creating an inclusive workplace. Within the Government secto...

Playing our part in the global response to Covid-19

Giving back to the community has long been a feature of our business and one which our people care deeply about. Recognising that the Covid-19 pandemic is at its core a human tragedy, we wanted to do...

Community building through fresh thinking Helping people face the future with confidence. That’s what we always strive to do at Aviva. And it’s what we want to continue to do for cause...

Colt raises €20,000 for Médecins Sans Frontières to help the fight against Coronavirus

Colt employees across the globe have come together to raise funds for MSF as part of their Coronavirus Crisis Appeal. London, UK, 15 July 2020 Colt Technology Services has today announced that its s...