The theme of international women’s day this year is women in the changing world of work so I wanted to celebrate some of the women who have inspired me in my work at WWF. It’s exciting to see more women in activism, businesses and politics join together to fight climate change and smash gender stereotypes.

And thank goodness that more and more women are getting involved in this issue because in the energy and climate sector, women still have a long way to go to achieve equal representation. Research by PWC found that only 5% of executive board seats in top 100 UK-headquartered energy firms are held by women. And it’s even more problematic when you consider that women and girls will be disproportionally affected by climate change.  This is because, around the world, climate change will have more of an impact on the poorest people who rely on the land for their livelihoods or who are less able to respond to natural hazards like droughts, landslides, floods and hurricanes. The majority of the world's least well off are women, and ingrained sexist structures may mean that they are more vulnerable to the effects of a changing climate.

But whilst women may be more exposed to the effects of climate change, we also have the potential to be a big part of the solution. Some of the things that make women more vulnerable to a changing climate also make us more persuasive advocates for taking action. For example, in developing countries the burden of food harvesting and water collection falls mostly on women and girls. This means that women often have a better understanding of how climate change is affecting their communities, making them trusted ambassadors for climate adaptation. In the global north women drive 80 per cent of all consumer purchasing decisions, giving us huge influence over retailers and brands.

So here are just five of my favourite inspirational women who are blazing to change the work place and save the planet at the same time. And there’s a load more where they came from! 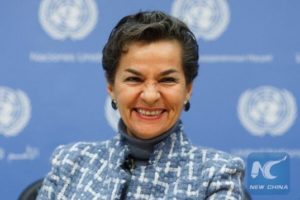 Is the former Executive Secretary the United Nations Framework Convention on Climate Change (UNFCCC), the UN body that is in charge of international climate negotiations. She is possibly also the only senior UN official to have a moth named after her (Struthoscelis christianafigueresae if you were wondering).  She assumed responsibility for the UNFCCC after the failed Copenhagen conference of 2009 where countries failed to agree a global plan to reduce emissions. Over the next six years she dedicated herself] to rebuilding the global climate change negotiating process based on the values of fairness, transparency and collaboration. One of a crack team of awesome women at the Paris conference, in 2015 she was instrumental in securing the Paris Agreement, where 195 countries committed to keep global temperature rise “well below 2°C above pre-industrial levels and pursuing efforts to limit the temperature increase to 1.5°C above pre-industrial levels”. 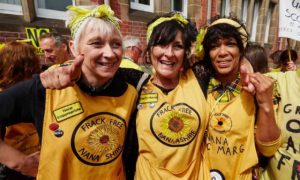 In Lancashire a group of nanas, angered by the prospect of fracking in their communities, have joined together to stand up against fracking. The nanas embody “what the Lancastrian matriarch stands for: rolling her sleeves up, getting things done, but still having time for a nice cup of tea,”.

They first came together in August 2014 when the group of around 25 Lancashire grandmothers peacefully set up camp in a field near Blackpool that Cuadrilla had earmarked for shale gas exploration. For three weeks the nanas, their children and grandchildren handed out free tea and cake to raise awareness of the dangers of fracking and the camp became a community hub attended by many people. Since then the nanas have broadened their efforts to support other communities in their campaigning against fracking. There are now nanas in every corner of the country - and they are a force to be reckoned with. 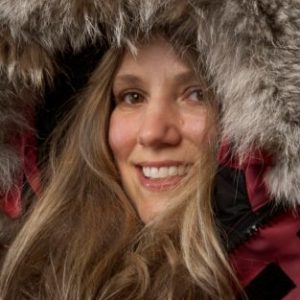 Dr Emily Shuckburgh is a climate scientist and deputy head of the Polar Oceans Team at the British Antarctic Survey, which is focused on understanding the role of the polar oceans in the global climate system. She is co-author with HRH The Prince of Wales and Tony Juniper of the Ladybird Experts guide to Climate Change. 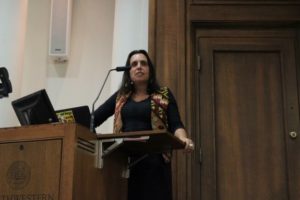 Winona LaDuke is a Native American activist, writer, and environmentalist of Ojibwe ancestry. She helped found the Indigenous Women's Network in 1985, and much of her work involves the reclamation and preservation of tribal lands. She is the executive director of the group Honor the Earth. She lives and works on the White Earth Reservation in northern Minnesota and has spent years successfully fighting the Sandpiper pipeline, a pipeline similar to Dakota Access. She is now one of many indigenous activists protesting against the Dakota Access pipeline in support of the Standing Rock tribe. 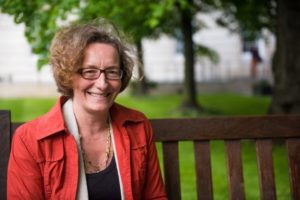 Juliet Davenport OBE is the founder and CEO of Good Energy, one of the UK’s first entirely renewable electricity supplier and generator companies. A true renewable industry entrepreneur, Juliet built Good Energy from scratch in 1999. Her mission then, as it is now, was to tackle climate change, help deliver energy security for the UK, and give consumers the opportunity to buy and invest in 100% renewable electricity.

Every October is World Values Day. What I love about that day, and what makes me optimistic for the future, is that the idea of being ‘values-driven’ as a company is no longer just a concern for the...

We believe women should be celebrated and empowered all year round. With International Women's Day being celebrated on Monday 8 March, we're challenging all D&G colleagues to acknowledge the role of...

Meet Melisa and learn about her Tesco story

Meet Melisa and learn about her Tesco story What is your name and job title? Melisa Langlands - I currently work in the Supplier Resolution team as a Supply Resolution Agent, the team are the escalati...