On Board Programme/BAME at The FA 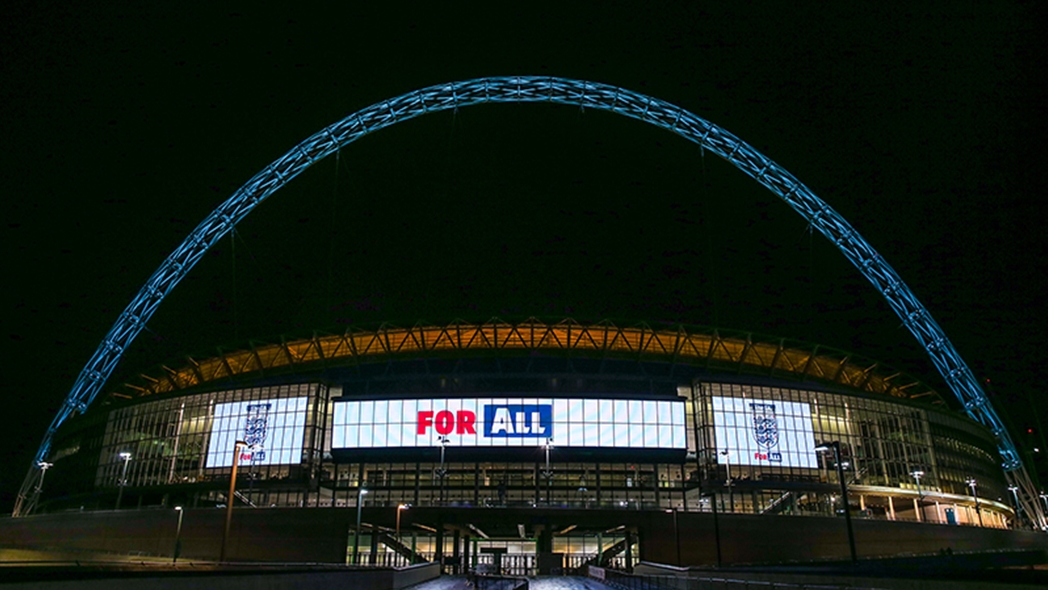 The FA has responded to The Times’ manifesto to fight racism in football.

An FA spokesperson said: “We welcome the manifesto as it complements and supports much of the work we are already doing to ensure better gender and ethnic minority representation in our game.

“The FA wants to create positive change in English football to ensure it better reflects modern society, while helping to bring down barriers and inspire future generations.”

Addressing the lack of diversity in football’s leadership roles

“We agree that there should be radical change at the top. Decision making in football needs to reflect society and football’s fantastically diverse participants. In 2018 The FA launched its equality, diversity and inclusion plan, ‘In Pursuit of Progress’ where we set out clear targets, as the manifesto requests, for BAME coaches, employees and leaders.

“We have set ourselves the target to reach 16 per cent BAME employees by 2021 [from 13 per cent] and 11 per cent in leadership positions [from 5 per cent].

“We believe that diversity also needs to be reflected at Board level. The FA already meets Sport England’s code for sports governance. The code requires 30 per cent female representation on the Board, but has no BAME target.

“For our part, The FA’s Board is attended by The FA’s inclusion advisory board chair, Paul Elliott, and also has Rupinder Bains as a Board Director; but we would welcome specific targets for BAME representation across sport and the game.”

“We also agree that we need consistency in sanctions and actions, that’s why The FA Chairman, Greg Clarke, wrote to UEFA after England’s recent game against Montenegro and asked for a review of UEFA’s approach to discrimination. UEFA has agreed that it will review options with us as part of their new revised safety and security regulations.

“Discipline and education is also key and The FA continues to take strong action against anyone found guilty of discrimination in our game. We take disciplinary action against any participant in the English game, which includes: players, coaches, managers, officials, clubs and volunteers across the professional and grassroots game.

“Incidents of discrimination involving fans fall under the jurisdiction of police and the clubs and we work closely with the authorities on these matters. In terms of clubs and fan behaviour, much of what the manifesto asks for we support and already have in place.

“Since 2013 there has been direct liability for discriminatory behaviour in relation to mass chanting. The manifesto also asks for clubs and countries to be put into “special measures” in the case of repeat offenders. The FA works to create action plans with clubs for any offences, not just repeat offences.

“We do believe a variety of routes should be available to report discrimination, but we will review how an accurate reporting system could work.”

“The FA also agrees that more needs to be done to develop BAME coaches, technical leaders and match officials. This is why The FA has a specific target in ‘In Pursuit of Progress’ to increase the number of BAME coaches in the England set up from 13 per cent to 20 per cent.

“The principles of a voluntary Rooney Rule have been formally adopted by the England team set-up. This will ensure that at least one BAME candidate will be interviewed for every role as long as such a candidate has applied and meets the recruitment criteria.

“In addition, coaching placements for BAME coaches with the England teams – graduates so far include Sol Campbell, Joleon Lescott, Paul Nevin, and Jason Euell – and provide 25 UEFA ‘A’ bursaries per season and 270 UEFA ‘B’ bursaries to BAME coaches.

“With around 2,000 of 28,000 grassroots referees coming from a BAME background we are both aware of the need for more grassroots BAME referees and for more to reach the top of the game.

“County FAs have targets to produce grassroots BAME referees, but we will look again with the other football authorities to see how we can see more BAME representation at the top of the game.”

“We agree with the manifesto’s approach to social media which has become a common vehicle for racist and discriminatory abuse.

“While we meet with professional players at their clubs at the start of every season to remind them of their responsibilities on social media, ensuring social media platforms can regulate content from the public would be hugely beneficial.

“We of course charge participants who are discriminatory on social media.”

“The manifesto asks for an independent scrutiny group to be established to ensure football’s authorities are following procedures and applying sanctions correctly, constituted of legal representatives, football administrators and campaigners.

“The Football Regulatory Authority [FRA] already exists as the body responsible for discipline and policy. This is made up of members of the professional game, amateur game and independents. We recognise that this panel should be more diverse, and the FRA is recruiting more diverse independents when new positions become available. We will discuss with the professional and amateur game whether they too can help diversify the FRA.”

“The FA agrees completely with the manifesto’s statement that players have a fundamental right to a workplace free from discriminatory abuse.

“Currently there is a protocol for players to follow if they hear discriminatory abuse which is designed to both protect the player and also to ensure that the matter can be investigated immediately and the appropriate steps taken.

“This can include the referee stopping the game and allowing the players to leave the field of play. We would encourage the protocol to be used rather than a player or players walking off as we believe that this is the best way to remove the burden from players.”

“The manifesto asks for governing bodies to introduce a specific sponsorship category for anti-discrimination and The FA would welcome companies that would like to sponsor our Respect programme, BAME coaching bursaries or other diversity programmes.”

“Finally, the manifesto asks for the sports media industry to recognise the power of its actions and tackle its own lack of diversity which The FA would support.”

Articles in On Board Programme/BAME at The FA

October is Black History Month and we've invited staff members to write about what this means to them. Today, our England Women's player liaison offic...

What is Black History Month?

Steve Smithies, FA national coach development lead for diversity and inclusion, explores what the initiative is, why it&rsquo;s important and what pl...

As we enter Black History Month, Mark Bullingham writes about our equality aims

It's Black History Month throughout October and our CEO Mark Bullingham writes about how the FA remains committed to fighting for equal opportunities...

Supporting On Board Programme/BAME at The FA