Live Theatre has an international reputation as a new writing theatre. As well as producing and presenting new plays, it seeks out and nurtures creative talent.

A high proportion of Live Theatre’s work regularly tours to other venues across the UK and internationally, including to Broadway, London’s West End, Melbourne, Galway and Brighton Festivals, and the Festival of Art and Ideas, Connecticut. Our Ladies of Perpetual Succour, written by Lee Hall, and co-produced with National Theatre of Scotland won an Olivier Award for Best New Comedy and has just completed a West End run.

Live Theatre’s work with young people was recognised with an Outstanding Contribution Award at the North East Youth Work Awards and awarded Investors in Children status for its child-led approach. It has the largest free drama education and participation programme in the region.

Located on Newcastle's Quayside, Live Theatre is based in a carefully restored complex of five Grade II listed buildings, which combine state-of-the-art facilities in a unique historical setting.

Live Theatre draws on a broad portfolio of income streams and is recognised as a national leader in developing new strategies for increasing income and assets. These include The Schoolhouse, a hub for creative businesses, Live Garden, a beautiful outdoor performance space, Live Tales, a centre for children and young people’s creative writing, and Live Works, a commercial office building which has won architectural awards from RIBA and the Civic Trust. Live Theatre receives a percentage of the income from award-winning gastro pub The Broad Chare and from Head of Steam, Quayside.

Live Theatre is funded by Arts Council England as a National Portfolio Organisation, and receives financial support from Newcastle City Council through the Newcastle Culture Investment Fund managed by the Community Foundation, and from other trusts and foundations, corporate partners and Friends.

Live Theatre believes creativity and cultural engagement are central to the lives of everyone, being rooted in place, in a region where arts and culture are recognised, supported and celebrated. We will contribute to:

Live Theatre is committed to providing equality of opportunity for all and opposes all forms of unlawful or unfair discrimination on the grounds of gender, race, nationality, ethnic origin, marital status, age, sexuality, socio-economic background, religious belief or disability. 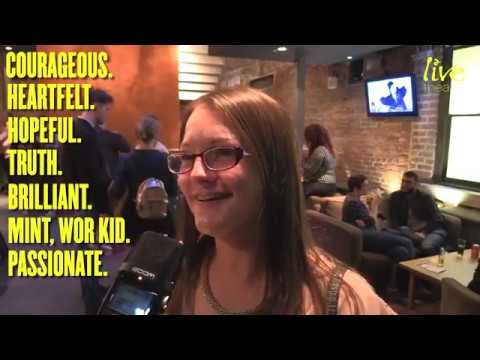 ARTISTIC DIRECTOR / JOINT CEO Live Theatre, Newcastle, one of the UK's great new writing theatres, is looking for an Artistic Director/Joint CEO with exceptional experience as a th...

ARTISTIC DIRECTOR / JOINT CEO Live Theatre, Newcastle, one of the UK's great new writing theatres, is looking for an Artistic Director/Joint CEO with exceptional experience as a th...