A former York St John University student has been confirmed as one of the top 100 influential people with a disability in Britain. 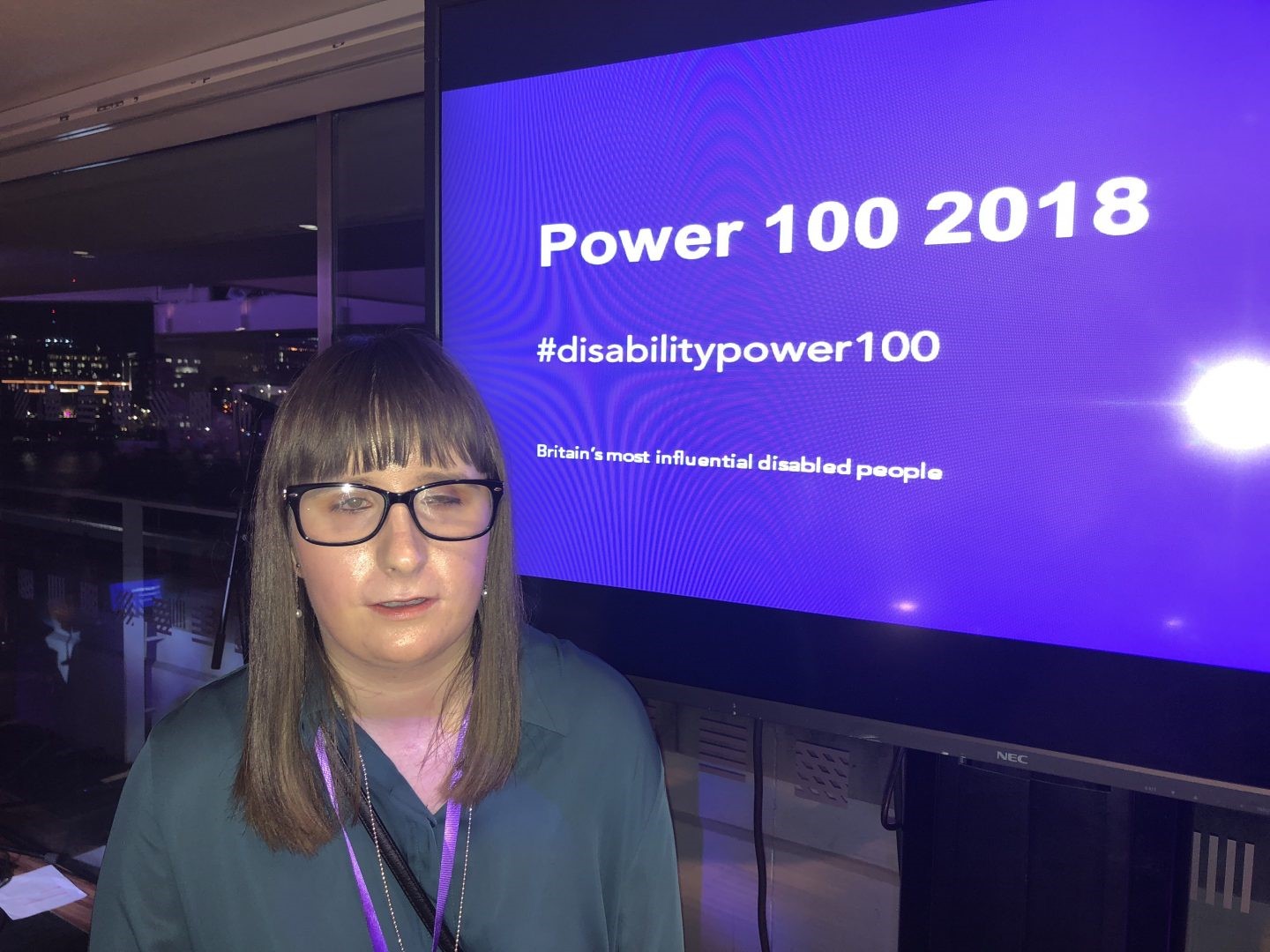 22-year-old Holly Tuke, who studied Children, Young People and Families and is now an Assistive Technology Officer at York St John University, has been added to the prestigious list of influencers by Disability Power 100 who recognised Holly’s contribution, advice and guidance on all things visual impairment. Holly’s popular blog, Life of a Blind Girl, tackles the stigma around disability and offers an honest insight into her life.

She said: “To be named as one of the top 100 most influential disabled people in the UK really means a lot to me, when I started blogging, the publicity side of things didn’t enter my head. I started blogging because I wanted to help people and educate society, I didn’t do it for any of the recognition or anything; in fact, I don’t think I really knew any of it existed. When I found out it was a really nice surprise and also a huge shock because you don’t think it will happen to you. That particular list has had over 700 nominations for this year, so to be in the top 100 is quite surreal.”

In 2015, Holly started her blog, www.lifeofablindgirl.com covering her day-to-day life as well as a variety of topics relating to sight loss and disability. Her blog covers a variety of subjects including education, assistive technology, beauty and lifestyle and is fully accessible for assistive technology users. Holly’s particular eye condition, Retinopathy of Prematurity (ROP), came due to her being born prematurely at 24 weeks. One of Holly’s aims for the blog is to educate people about the spectrum of visual impairment and tackle common misconceptions and stigmas around sight loss and disability- showing non-disabled audiences that disability shouldn't limit a person.

The Shaw Trust Disability Power 100 List is an annual publication of the 100 most influential disabled people in the UK. More than 700 nominations were received for the 100 places, which were then compiled by an independent judging panel, chaired by Kate Nash OBE.

Nick Bell, Interim Chief Executive of Shaw Trust, said: “Congratulations to Holly, the judges were beyond impressed by the standard of nominations but selected the most influential people who are proving that disability or impairment is not a barrier to success. One of our aims for the Disability Power 100 list is to demonstrate to young people that they can achieve their ambitions. At Shaw Trust we work with government, local authorities and employers to support people overcome barriers which hold them back from achieving their potential.”

The event was held at the Southbank Centre in London on Wednesday 17 October. For more information on Holly’s blog, please visit www.lifeofablindgirl.com

Coinciding with International Day for Persons with disabilities, last week saw the launch of Powerful Media s 2017 Power 100. The publication celebrates 100 of Britain s most influential people who ha...