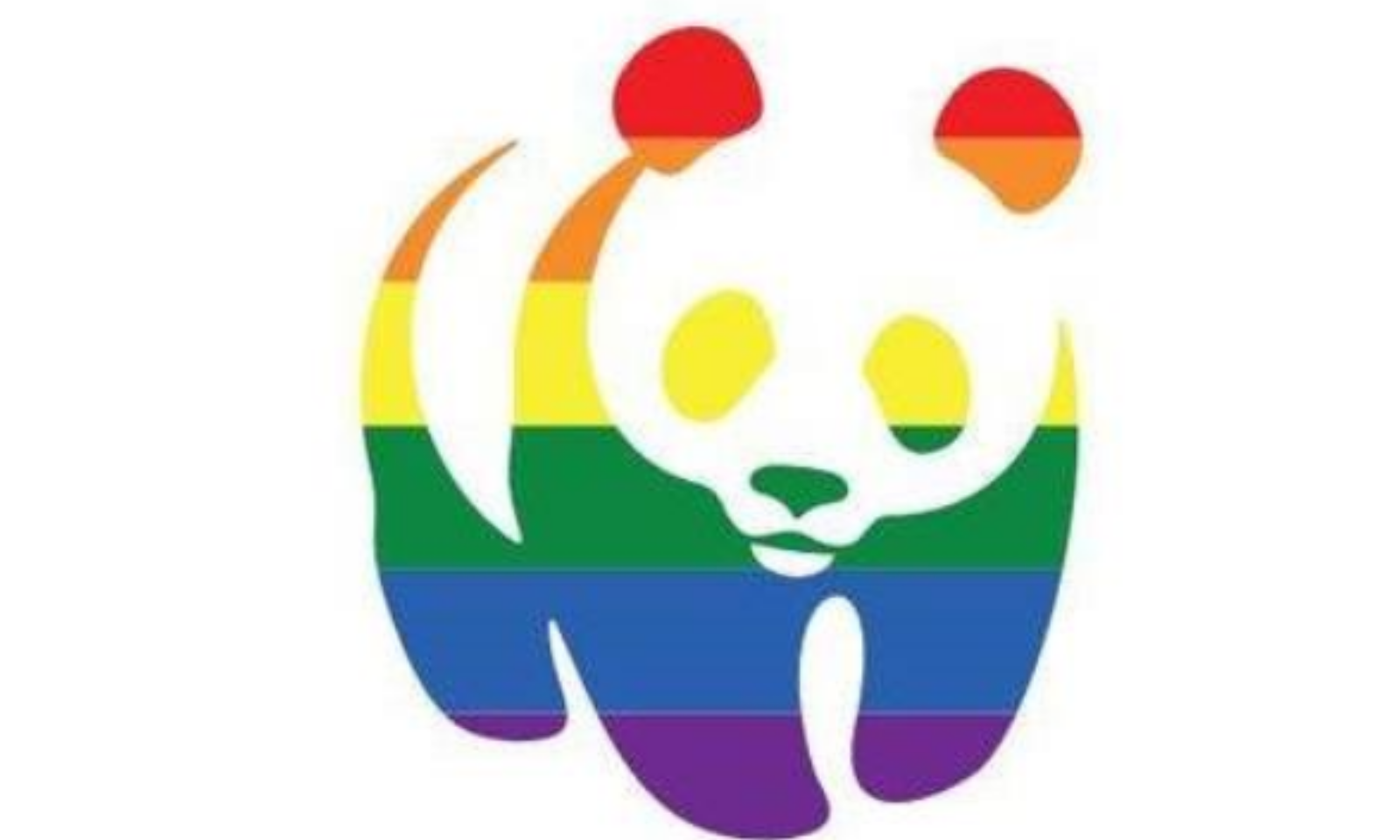 The famous WWF panda changes her colours for Pride Month.

For the third year in a row, our WWF panda is going to turn rainbow this month. Given the times we’re in, and the many beautifully-drawn rainbows we see in people’s windows just now, you’d be forgiven for assuming that this makeover was in support of the awe-inspiring public service that is the NHS. Whilst I and my WWF colleagues have nothing but the highest admiration and appreciation for our incomparable and brilliant healthcare workers, in fact this is not why we’ve given the panda her new outfit.

The reason is that June is Pride Month.

Pride Month is, now, a global annual event to celebrate and mark the contribution made by LGBTQ+ people in all parts of the world, and in all walks of life. But the choice of June for Pride Month is to mark an important moment in the history of the struggle for LGBTQ+ equality and rights – the famous Stonewall Riots in New York in June 1969.

The Stonewall Inn was a rare place of relative safety for LGBTQ+ people at a time when they were being driven out of other public spaces, homosexuality was listed as a mental illness, and the FBI maintained lists of gay people much as they kept lists criminals.

Late in June 1969, a police raid on the Stonewall Inn turned violent when its marginalised patrons and people from the surrounding neighbourhood fought back. Violent riots and protests took place over the subsequent nights. But from this, a more cohesive movement was born, to fight for civil rights and equality for LGBTQ+ people. A year later, the first gay pride marches took place, and today, we mark this moment with events throughout the month of June, around the world.

But the fact that this celebratory moment, and all the progress that has been made in many countries since 1969 stems from a moment of violent uprising against police oppression could not be more relevant today. It is hard to think of any liberation, civil rights or equality movement that did not require a fight of some kind – that did not see people taking to the streets to raise their voices, bringing themselves into conflict with the state, and therefore with the agents of the state, the police. Exactly what we’re seeing still, today, with the Black Lives Matter movement. And exactly why the Black Lives Matter movement needs supporters and allies against racism amongst those with privilege – just as the ‘gay liberation’ and ‘women’s liberation’ movements needed over the years. 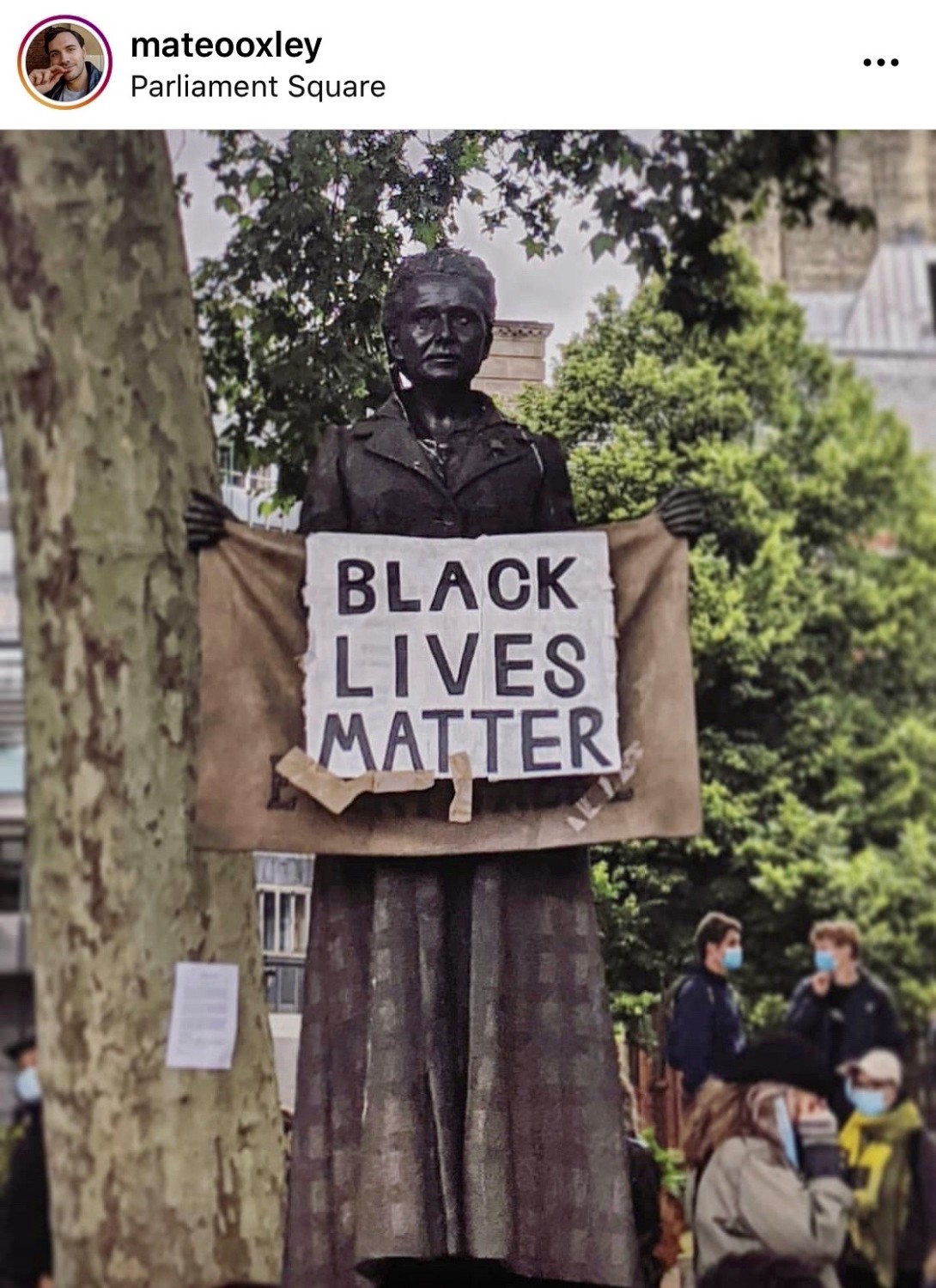 And just as the civil rights movements of the last century demonstrably have not led to the end of racism and the struggle for people of colour in the US – as in so many countries, our own included – so that Stonewall moment is a reminder that the struggle is far from won for LGBTQ+ people either.

Same-sex acts are illegal in some 68 countries, and restricted or subject to significant taboos in many more; in 12, they can result in the death penalty.

Here in the UK, with strong legal protections and equal marriage – even in Northern Ireland now – a survey just a year or two back suggested that one in five people still think that being gay is wrong, and over a third of LGBTQ+ people hide their identity at work.

And of course, not all of the letters in LGBTQ+ are treated equally. It is very, very much easier for me to be openly gay than it is for too many people to be similarly open about being trans – with far less widespread public tolerance and understanding of gender identity.

But why is Pride Month something for WWF to concern ourselves with? Why is the Black Lives Matter movement? Well, in short, because any movement for equal rights, treatment and opportunity should be the concern of every organisation that employs people, and interacts with people out there in the world. And WWF does both – a membership and campaigning organisation, WWF-UK alone employs around 350 people.

An open, tolerant, inclusive organisation is a more effective, and higher-performing organisation – valuing the strength that comes from diversity. You only reap that strength from diversity if people can be open and comfortable in their place of work – which includes being open about crucial parts of ourselves like our sexuality and our gender identity. Hiding who you are takes up an awful lot of creative and emotional energy – energy far better used achieving your potential, delivering to the best of your ability, for the organisation you’ve chosen to work for. Just as fighting for the right to live safely and freely uses up creative and emotional energy and effort that, without that struggle, could so much better be spent on the many challenges that face us, and our planet today.

If you doubt either of these things, then read this incredibly powerful piece by Ayana Elizabeth Johnson, and former BP CEO John Browne’s powerful The Glass Closet.

Organisations & the world they work in

There are people who would challenge this – well, OK, even if that is true for inside an organisation, why do you have to go on about it out here in the world, with your rainbow panda, for instance? Well, because being visibly tolerant, inclusive and supportive to the outside world helps you to attract and retain the very best people. And diversity isn’t important just for your workforce – an organisation like WWF thrives and is effective in its campaigning and advocacy by attracting supporters and partners, and trying always to build a bigger movement to fight for our world. Valuing the strength that comes from diversity is true for a movement, just as it is for a workforce. Excluding people – or even just not including them – restricts how effective you will be at recruiting people to your movement.

And right now, our planet needs the biggest movement that we can possibly build – to protect wildlife, tackle the climate crisis, and build a world in which people and nature thrive.

So that’s why our panda has donned her rainbow colours again this Pride Month.

And that’s why black lives matter.

And why we’re all stronger together.