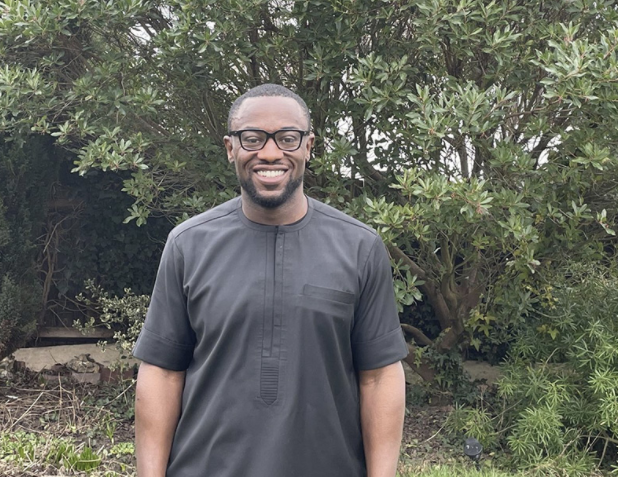 When Kojo Boakye finished university in 2004, he wasn’t sure what he wanted to do. But he knew one thing: he planned to be very intentional in charting his career path. Today, Kojo is the Director of Public Policy for Meta in Africa, where he leads a team that works to shape policy environments in order to create opportunities for Africa, Africans, and Meta.

Growing up in London, where he's now based, Kojo’s fascination with Africa began early. “For as long as I can remember, I was interested in learning about Ghana and the rest of Africa. My mum and I moved to London from Ghana when I was just a year old, and they say absence makes the heart grow fonder! If you look at any of the school projects I did when I was younger, they’re all about the ancient Kingdoms in Africa, or prominent figures including Kwame Nkrumah, Nelson Mandela, Jomo Kenyatta, among others.”

Today, Kojo’s early passion fuels his work at Meta, where he’s focused on helping people across Africa get online and safely leverage all the benefits the internet has to offer.

Working in Africa and giving back in some way has always been a priority for Kojo, and his early career path is a reflection of that passion. In 2004, he started working with a telecommunications organization, where much of his work focused on liberalizing telecoms sectors in Africa, Asia, the Caribbean and Pacific, and increasing mobile telephone use. “The world looked very different back then,” Kojo says. “Looking back now I realize that was the start of a global revolution.”

He went on to specialize in connectivity and eventually moved to a few other companies and foundations where he focused on making the internet affordable for all. “I developed multi-stakeholder partnerships between governments, the private sector, and civil society for Africa, Asia, and Latin America,” he shares. “I loved this role, but as we grew, my work changed to focus on regions that had similar challenges to Africa, but just weren’t Africa.” That's when Kojo joined the Facebook company (now Meta) in a role that brought him back to his life mission.

He continues, “I was drawn to Meta because of the scale of the company and its willingness to invest in Africa. My team serves 48 countries, so there is tremendous opportunity to drive measurable results. I thrive on making an impact, and Meta’s focus on impact is very clear the minute you join the company. Right now, just over 30 percent of Africans are using the internet. Helping Africa develop to what I know it can be is my passion and I see the internet as essential to that. One of the groundbreaking projects we’re working on will be the first submarine cable that runs around the continent along the east, south, and west coasts. The 2Africa submarine cable, which will span more than 37,000 kilometers, will play a big part in bringing faster, more robust broadband services to the region and to far more people. This will have a huge knock-on effect!”

When Kojo talks about his role on the Policy team, he describes it as presenting Meta to the rest of the world. “When we meet stakeholders for the first time, they think the company is focused solely on algorithms and servers, but it’s so much more than that. In order to get it right, it’s important to foster genuine connections and a deep understanding with our key stakeholders,” explains Kojo.

Some people in Africa think that Meta’s policies are made by a few people from America, but that’s not the case. Kojo’s team includes Africans who grew up outside of Africa, Africans who have lived in Africa all their lives, people who have worked in government and private sector, and some of the most impactful civil society organisations in the region—including some who were critical of Meta before joining the company. They all have at least one thing in common: a relentless focus on creating opportunity and connecting Africans across the continent.

Kojo adds: “The policies we’re working to put in place must be representative of the people they’re designed to support and protect. At the same time, people tend to question and fear what they don't understand, and much of our policy work is entirely new to these communities. This is one of our main challenges: to communicate what Meta is about, the benefits we can bring to the region, and how we're going to do that. A large part of our role involves explaining our mission and impact.”

Being an authentic leader

Leading teams through both a global pandemic and a fight for racial equality has undoubtedly challenged even the strongest leaders. But Kojo has faced the challenge, largely because he’s focused on putting people first. He reflects on the current state of the world: “I think my leadership style translated well during a tumultuous year. The race issues we’ve seen, most vividly in the U.S., have led to global questions about inequality and racial justice. I’ve encouraged my team to find time for themselves and take mental health breaks when they can. I’ve also done my best to support the Black community in Meta’s EMEA offices. While the U.S. may be in the spotlight, people across EMEA have similar pains and experience parallel issues.”

Kojo credits being an advisor to Meta's employee resource group for Black employees in the London office as an important part of his role. “I didn’t agree with every decision the company made in 2020, but the executive team did ask for me and my peers’ opinion on external practices for the future. I appreciated that they took the extra step to ask us how they can do better. They incorporated our feedback, specifically for our Inclusive Recruitment Program in EMEA, which has left me confident in our company’s role in furthering social and racial justice across the globe,” Kojo explains.

But it’s Meta’s push to empower people to bring their authentic selves to work that really inspires Kojo’s leadership style. In his words: “Meta’s culture and my manager have encouraged me to be the leader I am. The idea of bringing your authentic self to work has really resonated with me. Through this philosophy, I’ve accepted that life and work are closely intertwined for myself and many people, but life comes first. I believe you have to manage people with care and empathy. Meta empowers and encourages me to manage my team in a way that works best for me. That’s huge for me.”

Meta: Engineering-led Culture and the Opportunity to Tackle new and Different Challenges

After a successful 30-year engineering career, Allan M. was still eager to learn and grow and in 2017; he joined Meta in London to lead engineering for Ads. Established more than ten years ago, Meta i...

Meta: Where Working Parents can Flourish

Like millions of people around the world, Laura W. and Lisa B., content designers at Meta, have two full-time jobs. In addition to the work they do at the company, they’re also parents. “Parenting is...

Takeaways As part of our Metaverse Culture Series, we will explore the future of LGBTQ+ chosen family and community safety in immersive spaces through a custom Meta Horizon Worlds experience later...