From adventure sports to flight sergeant... life as an RAF Air Cadet has reaped the rewards for Laura. 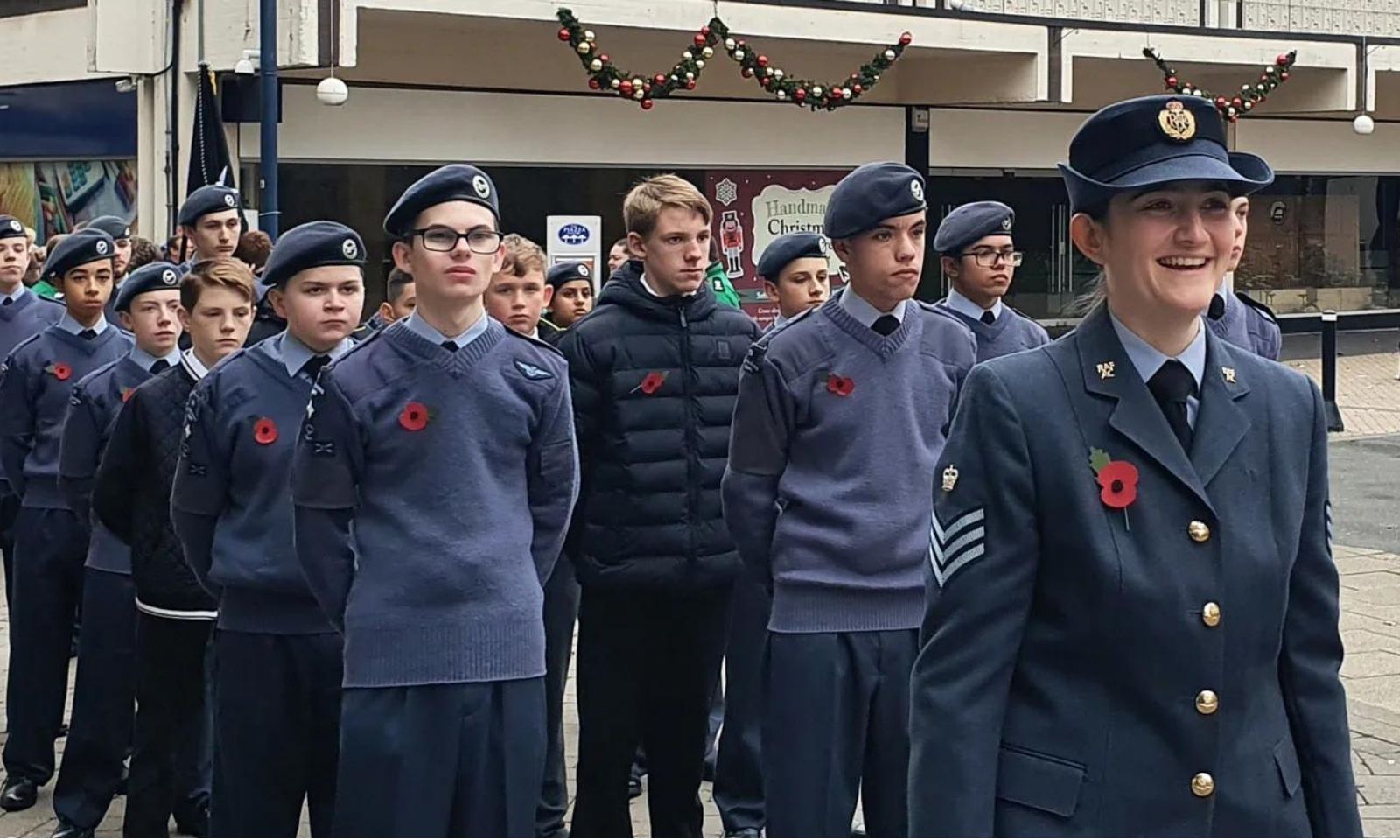 With a keen interest in sport, the cadets offered Laura a chance to get involved in activities such as climbing and cycling, while learning new skills like flying aeroplanes and gliders. The cadets also helped Laura develop her confidence, teamwork and leadership, skills she took with her into her career. With opportunities for growth and adventure that may not ordinarily be available, what’s not to love?

After ‘timing out’ as a cadet at 20, Laura became a volunteer member of staff. It’s certainly busy, particularly alongside her full-time role as a proposals coordinator for ISG, creating tender documents for new business opportunities. Laura also juggles the commitments of a young family but is determined to make it work, using the volunteer reserve days she receives in addition to her annual leave.

For Laura, encouraging young people to achieve things they didn’t think they could give her a true sense of purpose and pride.

Encouraged by her best friend at the age of 14, Laura joined the RAF Air Cadets, and 19 years on, she’s a volunteer Adult Flight Sergeant, leading adventure training camps and more alongside a full-time role at ISG.

With a keen interest in sports such as climbing and cycling, the cadets offered Laura a chance to get more involved in these activities, but also learn new skills – like flying aeroplanes and gliders. More than this, Laura developed confidence, teamwork and leadership, skills which she took with her into her career.

The RAF Air Cadets has more than 40,000 members aged between 12 and 20. It is sponsored by the Royal Air Force and offers young people a sense of discipline, providing opportunities to develop skills and embark on adventures that may not ordinarily be available. 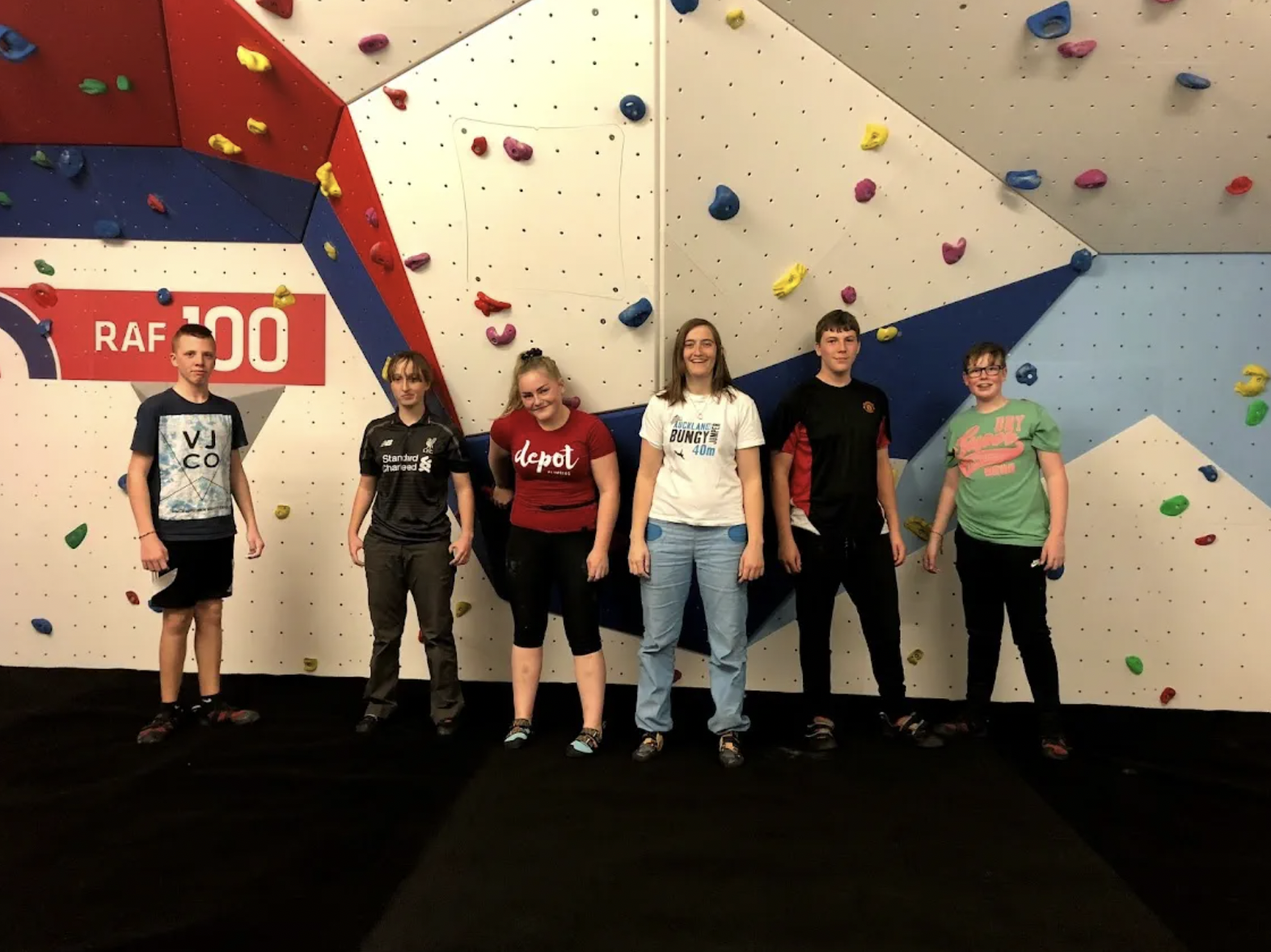 Laura explains the role of a flight sergeant; teaching the cadets drill and discipline and helping to develop their skills, to progress within the RAF Air Cadets and beyond.

From large aircraft to winched glider flights – which Laura achieved a scholarship in – there were lots of opportunities to get behind the controls and gain flying experience.

“When I ‘timed out’ at 20 – I realised that I wanted to give something back, because I had met some amazing people who had given me a lot of opportunities and I wanted to be able to do the same.”

Laura was a volunteer, or civilian instructor, for a couple of years, but in a turnaround to her 14-year- old self who just wanted to be in casual clothes, she missed being in uniform and wanted to be a cadet again – this time as an adult.

“I’m at the cadets one night a week running activities like outdoor climbing, and I also make use of my five volunteer reserve days which I receive from ISG in addition to my annual leave.”

She became a uniformed member of staff and progressed to the role of adult flight sergeant, with a commitment of 16 hours a month made up of parade nights and leading activities.

It certainly sounds busy, particularly alongside a full-time role working as a proposals coordinator for ISG, creating the tender documents for a project pipeline which features new sector opportunities in 2022. Laura also juggles the commitments of a young family but is determined to make it work.

“I took time out of the cadets to start a family and while it’s a struggle at times to fit everything in, I really wanted to get back to the old me and reignite what I used to have,” she says. “I’m now back at the cadets one night a week, running activities like outdoor climbing, and I’m also making use of my five volunteer reserve days which I receive from ISG in addition to my annual leave.” 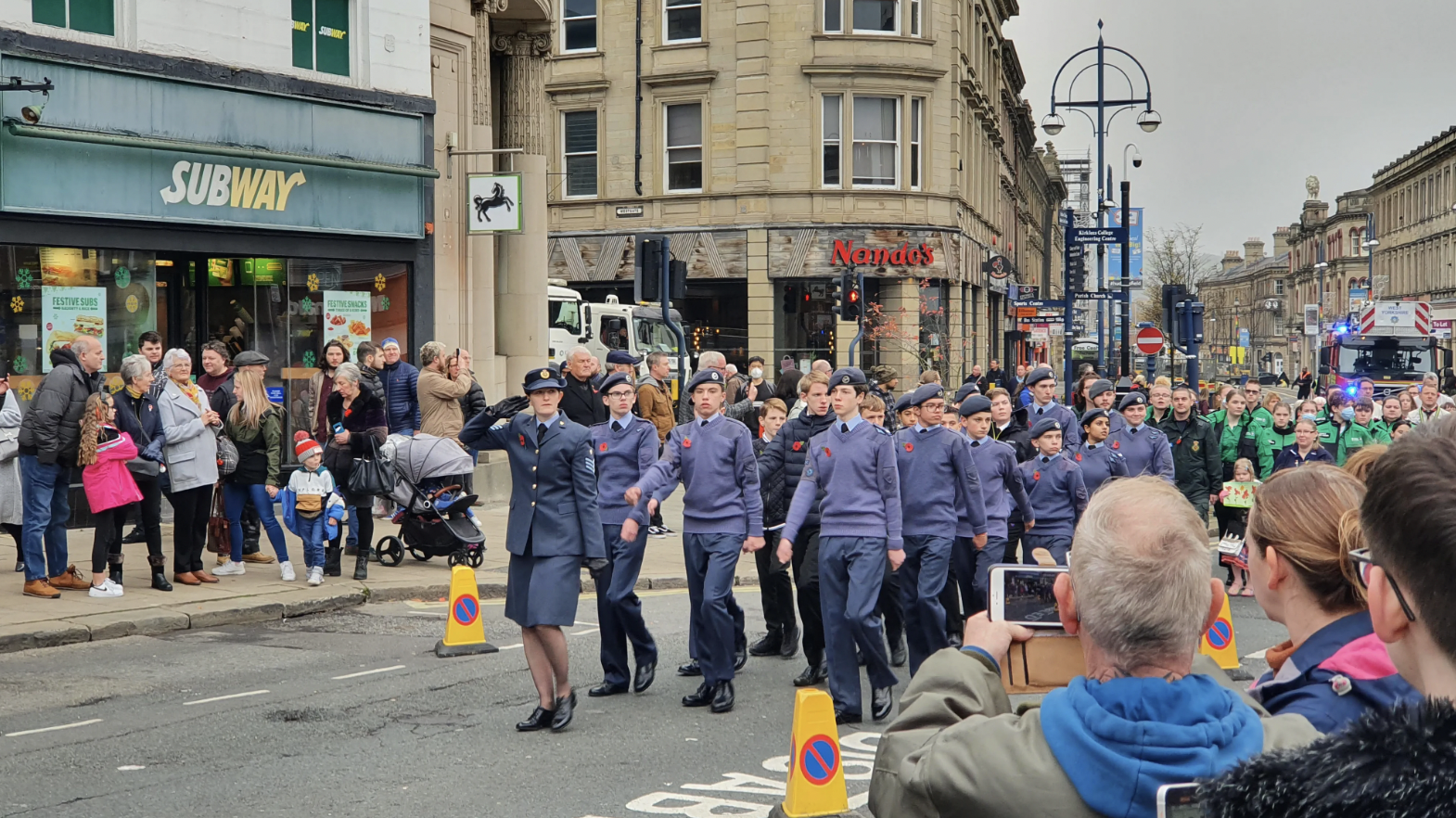 ISG has made a commitment to the Armed Forces Covenant, a promise that those who serve or have served in the armed forces, and their families, are treated fairly. This includes policies around the employment of reserve forces, veterans, cadet instructors and family members; extra support from ISG’s ‘More for you’ employee benefits package, plus training, employment and mentoring opportunities. ISG also works closely with Buildforce to promote construction to service leavers, which Laura is keen to support.

While some cadets decide to try out for a career in the armed forces, Laura decided it wasn’t for her, preferring it as a hobby. She made the move into retail management when she finished university but wanted to find something more suited to her English degree. It was her husband who suggested bid writing, which Laura hadn’t considered. Following several bid writing roles in construction, the role of proposals coordinator at ISG appealed as it offered additional design responsibilities. Laura was also attracted by the ISG culture and people, and has found it to be a great match.

Bullied as a teenager, Laura’s confidence had been low, but her time in the cadets taught her a lot about leadership, self-discipline and to believe in herself. Laura adds: “I feel like a somebody there and would recommend it to anybody who is lacking confidence, and also wants adventure, because the opportunities are endless.” The self-belief Laura developed helped her gain her first role in retail management, with the skills needed to work in a demanding sector.

“When I ‘timed out’ at 20 – I realised that I wanted to give something back, because I had met some amazing people who had given me a lot of opportunities and I wanted to be able to do the same.”

In 2019, driven by her desire for adventure and with increased confidence, Laura and her best friend decided to take on the Trans Pennine Trail from coast to coast with 15 cadets – a 212-mile cycle from Southport to Hornsea in the UK – completing the challenge when Laura was 16-weeks pregnant!

Laura gets a great sense of purpose from leading activities and expeditions, encouraging young people to achieve things that they didn't think they could – just like her 14-year-old self.

“The achievement of completing the Trans Pennine Trail is something the cadets will always remember; they were part of something special,” she says. “When you see them grow in confidence and go on to become instructors themselves to give something back, that’s the most rewarding part.”

Find out more about working at ISG

ISG: Leading the industry in the social value space

Joining the business in the Spring of 2021, Sinéad has played an integral role in the delivery of our Britishvolt project in Northumberland. Developing an ESG strategy that ensures economic and comm...

Alia's career in construction with ISG

Alia is proud to be a woman in construction. Having built something special in her own career, she’s using her platform to empower others. A born dreamer and Dubai native, Alia had first-hand experie...

Find out how Lizzie Warburton, a degree apprentice at ISG, is enjoying working on the exciting refurbishment project at the National Cycling Centre in Manchester.     In 2021, ISG recruited 80 g...

ISG’s Senior Technical Services Manager, Frank Harding, gives his insights on transitioning from the armed forces to construction, and how this can be a perfect partnership.     The Armed Forces...