Woman in Tech at Aviva 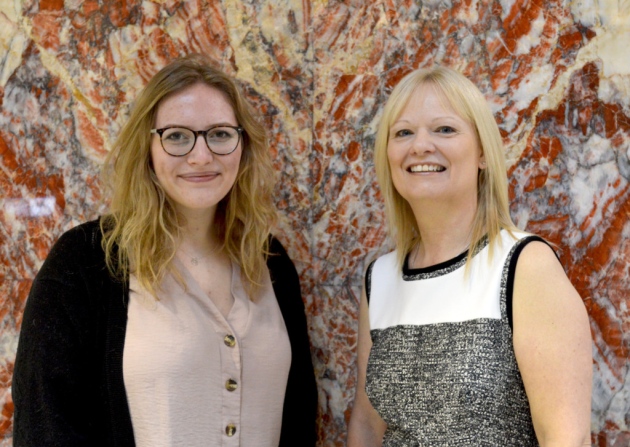 To get women into tech roles, it takes more than a boardroom discussing the theory of its importance. And at big companies, implementing real turnaround can be more difficult than in smaller teams. We sat down with Aviva’s Women In Tech program manager, Freya MacLachlan, to find out what practical steps the big players can take, to get more women at the tech table

You don’t need to look far to see why big companies need to have women involved in every stage of tech development.

Only last year, FitBit faced a huge backlash when capping its ‘period tracking’ system at two weeks, and listing just five side-effects of the menstrual cycle.

The case for Aviva is clear: “The motoring industry only started using female dummies in the crash testing process in 2011,” Miss MacLachlan said.

“Before that, driving deaths were 47% higher in women than men because all of the weights and heights of crash zones were based off male data.”

But to get women into the highest echelons of tech roles, companies first need to get them through the door.

“IT runs all of our job adverts through a programme which tells us whether or not we’re speaking in a male or female-favouring voice,” Miss MacLachlan said.

Miss MacLachlan added that many large firms may alienate interviewees as soon as they walk in the door.

She highlighted simple mistakes: “Often women will find an office freezing, but all the men would be sat in their shirts.

“Then when the company looks at the thermometers in the building they realise they’re set to the optimum working temperature for men, not women, which is naturally lower.”

The Women In Tech team at Aviva have also launched a ‘stretch assignment’ – a ‘try before you buy’ initiative which sees women placed into roles for six months to test the job before they commit to it fully.

“This has been really important because I think women feel like if they go for a promotion they have to give up some of their work life balance,” Miss MacLachlan said.

“But when they get into the programme they realise they’re actually not doing much more than they were in their old job, because they were going above and beyond in the first place.”

The programme is also launching sponsorship schemes, where women will be paired with mentors to push them further in their careers.

“I think women do need that push because we’re not as confident in ourselves if we feel it’s not justified.

“When we first started the programme we were surprised to see we got no pushback from men. The feedback if any, was from women, who felt like they didn’t need their hands holding.

“But when we sat down with them and talked them through our intentions, their perception changed, and became staunch supporters of the programme.”

“We need to look at getting women into tech not only but from the top down but from the bottom up, and inside out” Miss MacLachlan said.

“When I joined I was a front end developer, and was one of the only women I knew of in IT at Aviva. When I started working in this role I realised there were so many, we just needed to connect them and give our younger talent the role models to aspire to,” she said.

“So we’re launching self-sufficient networks across all of our locations in the UK and some in some of our overseas markets, e.g. Canada and Ireland, that will continue to build on our work into the future.”

Happy Pride Season! We’re looking forward to celebrating with our people and the LGBTQ+ community throughout the summer. But why’s this important to us? Creating a diverse, inclusive orga...

Have you got the UK’s best “shoffice”? Enter our competition

If you’ve transformed a simple shed or outbuilding into a functional and fabulous home office — aka shoffice — let us know and you could win £250. We’re on a mission...

We love hearing about how our people are changing the world and supporting communities. Gemma and Sian are St John Ambulance vaccine volunteers and we couldn't be more proud!