Why do women have smaller pensions? And what do we have to do to close the gender pension gap? 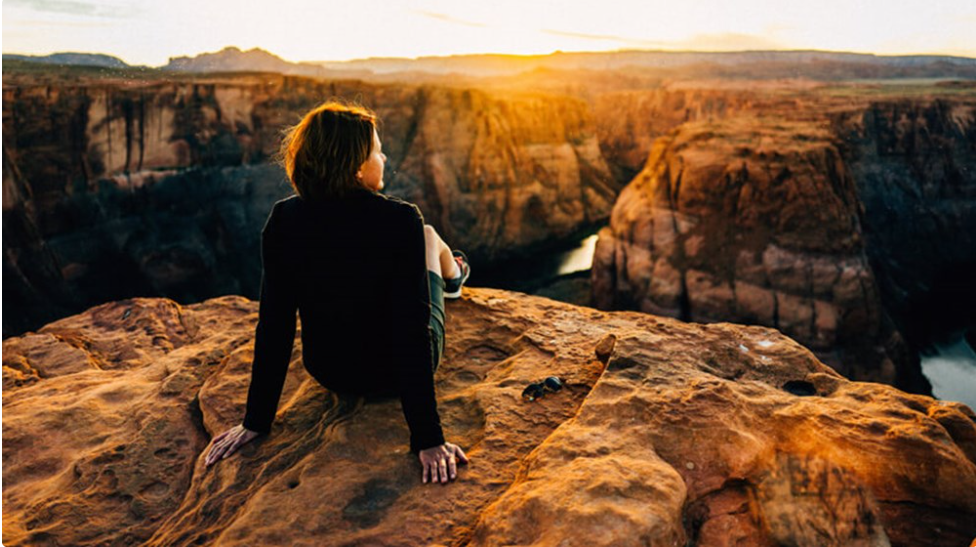 When it comes to retiring, women and men are far from being equal. Evidence suggests that women across the UK tend to have smaller pensions than men, which could potentially impact their later life. So, why do women have less retirement savings? And what do we need to do to close the gap?

What is the gender pension gap

The gender pension gap is the difference in percentage in pension income between female and male pensioners. According to trade union, Prospect, the latest figures indicate that in 2019/20, the gap was 37.9% - which was more than twice the level of the gender pay gap that year1.

But this isn’t the only study showing disparities between men and women’s pension pots. A recent survey has found that women, on average, have £73,000 in their workplace pension, whilst men managed to save £162,000 in their pot – that’s an extra £89,0002.

Also, The Pension Policy Institute has found some striking differences between women and men who pay into a personal pension. According to the study, women in their 60s have an average of £51,100 in their personal pension pot, compared to £156,500 for men of the same age2.

Why do women have smaller pensions?

The gender pension gap is undeniable and to close it, it’s important to understand the many factors that put women at a disadvantage. The first thing to blame is the infamous gender pay gap. According to the Office for National Statistics, in 2021, women who worked full-time typically earned 7.9% less than men4. However, they do note that the percentage calculated in 2020 and 2022 was more uncertain than previous years. This was due to difficulty collecting the data as restrictions were imposed as a result of COVID-19 pandemic.

With less money, women may find it a bit more difficult to save through their workplace pension for example. In fact, 38% of women say they’re not saving for retirement because they feel like they’re not earning enough to do so5.

The gender pay gap can have a serious impact on women’s financial future, but it’s not the only obstacle women have to face. In addition to being paid less on average, women tend to be out of work more often than men – on maternity leave for example. Despite the advent of shared parental leave, women are more likely to take time off to raise their new-born. Typically, women are allowed to take up to 52 weeks of maternity leave, and 39 of these weeks should be paid. However, for many mothers, the Statutory Maternity Pay will provide a lower income compared to their pay before maternity leave. And since women are being paid less during this period, their workplace pension contributions will also decrease.

Women are also more likely to have career breaks to look after their children or take care of ill or elderly relatives. This may sound harmless, but every time they’re out of the workplace, women are effectively putting their later life in jeopardy as time off will impact how much they can save for retirement. And that’s not all! They may also struggle to build up the 35 qualifying years of national insurance contributions needed to claim the full state pension which is currently set at 9,183.2 a year6.

What’s more, when women are working, they’re more likely to do it part-time. In fact, a 2022 report, published by the House of Commons, reveals that 38% of women are working part-time, compared to only 13% of men5. The issue with working part-time is that many women will struggle to put money aside for their later life as they’ll be earning less. And worse, if they earn below £10,000 a year, then their employer will have no obligation to enrol them into a workplace pension, making it even more difficult to save for the future.

Why does it matter?

The gender pension gap matters because it’s putting female pensioners at risk. With smaller pensions, but longer lifespans, women could struggle to make ends meet in retirement. Those who have partners in later life may be able to enjoy a comfortable retirement as they’ll be benefiting from two incomes. But who wants to spend their later life being dependent on someone’s else savings? And more importantly, what happens to the women who are living on their own? The gender pension gap is stopping women from having the retirement of their dreams and may be hurting their financial freedom. So, it’s important to close this gap and although it requires political actions, there are things women could do to boost their later life.

How to close the gender pension gap

To close the gender pension gap, women need to claim back power over their financial future. If you’re a woman, here are some things you could do to take control of your later life.

Get paid what you’re worth

If you want to boost your retirement savings, make sure you’re being paid what you’re worth. An easy way to check whether you’re paid enough is to look at job adverts in your field and your area and see how much is being offered. If you find out you’ve been underpaid, then you may want to ask for a pay rise. We know it’s often awkward to ask for more money, but it’s the only way to get what you deserve. And realistically, what’s the worst that could happen? Obviously, your employer could refuse to pay you more, but this doesn’t mean you have to give up. You could always ask again a bit later, or find out what you’d need to do to get a pay rise, or you could also keep your options open. Your later life is determined by the decisions you make today, so try to take control of the present – your future self will thank you for it.

Ask for help if you need to

If you’re expecting or adopting a child, it could be a good idea to talk about shared parental leave with your partner. In total, you can share up to 50 weeks of leave and up to 37 weeks of pay between the both of you. If you’re able to use shared parental leave, then you should be able to return to work earlier and the impact of maternity on your retirement savings should be minimised.

Also, if your child gets ill, or your relatives need care, try not to do everything on your own. It could be worth asking for help. If you have a partner who can give you a helping hand, then why not ask them to take time off work to care for your family?

Typically, if you want to claim the full state pension, you’ll need at least 35 years’ worth of contributions – obviously, that’s easier said than done, especially if you’re having multiple career breaks. Taking time out of work means you’ll have gaps in your contributions, and you may struggle to get the full pension. However, it’s not all doomed and depending on your situation, you could potentially get a decent state pension. All you need to do is contact HMRC to check how many years you’ve got to catch up and whether you’re eligible to pay voluntary contributions.

Also, if you’re having a child, you could claim Child Benefit, that way HMRC will be aware of your situation, and you should keep receiving national insurance credits – these credits are important because they will count towards how much state pension you’ll receive. One thing to keep in mind is that you’ll only get these credits under certain conditions, so it’s worth checking your eligibility before making any claim.

Make sure you look into your workplace pension

Since 2012, employers have had to enrol their employees into a workplace pension, but it’s only if you’re earning £10,000 a year or more, otherwise they’re not obligated to do so. If you’re working part-time and earn less than £10,000 a year, then it could be a good idea to join your workplace pension. But before you commit, make sure you’re familiar with the different rules. Once you’re enrolled into your pension, you’ll need to contribute at least 5% of your pay, and your employer will top up by paying a minimum of 3% of your salary.

Now if you’re in a position where you can save some extra money for your retirement, it could be a good idea to open a personal pension. With a personal pension, or SIPP (Self-Invested Personal Pension), you can choose how much you want to contribute, and you typically have some say on how and where your money is invested. But the main benefit of paying into a personal pension is that you’ll get some tax relief on your contributions. If you’re a basic rate taxpayer, then you could expect to receive 20% tax relief from the government – this is to compensate the income tax you’ve already paid. So, say you put £800 in your personal pension, HMRC will add £200, meaning you’ll have a total of £1,000 saved in your pot. Funnily enough, if you do the calculation, you’ll realise that £200 is in fact 25% of £800. This means you’ll get a 25% top-up on each contribution you make – what’s not to love? One thing to note is that you’ll only get tax relief on £40,000 or the totality of your earnings (whichever is lower) – this is your pension annual allowance and it include contributions made by you and the government.

If you’re thinking about opening a personal pension, why not have a look at robo-investing services? With digital investment platforms, like Wealthify, it’s never been easier to get started. You simply choose how much you want to invest and the risk level you’re most comfortable with. Our team of experts will do the rest, whether it’s building your Wealthify Pension or making adjustments to your Plan to keep it on track with your investment style and goals.

Find out more about working at Wealthify

Our Chief Product Officer, Simon, talks about how we work and build to ensure our customers have the best experience.     At Wealthify, we’re on a mission to make investing accessible to everyone. An...

Five years ago, Michelle Pearce-Burke co-founded and launched Wealthify, helping to transform the investment industry. Here’s her story on becoming an entrepreneur.     When we talk about entrepr...

Achievements made by Wealthify in 2021

Our CEO wraps up what we've achieved in 2021     Where did the time go?  It seems like only yesterday we were happily putting 2020 behind us, and now another year’s flown by and we’re about to st...

Wealthify: What is Talk Money Week?

Money is something that impacts all our lives whether we like it or not so why don’t we speak about it more? At Wealthify, we don’t think that talking about money should be taboo, which is why we’re...