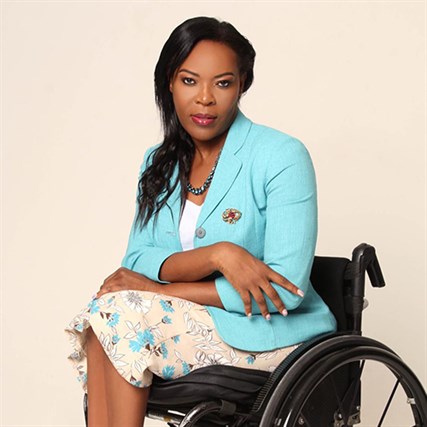 Anne Wafula-Strike MBE, UK Athletics Board member, has been named in the Shaw Trust Disability Power 100 List 2020, in the politics and law category. The annual publication lists the 100 most influential disabled people in the UK.

Wafula-Strike is a Paralympian, disability rights and inclusion campaigner, author, Founder of the charity, Olympia-Wafula Foundation, and a sporting ambassador.

She first competed at a Paralympic Games in 2004, making history as she became the first wheelchair racer from sub-Saharan Africa to compete at a Games. In 2006, she became a British citizen and represented Great Britain and Northern Ireland from 2007.

A disability rights and inclusion campaigner, she has lobbied organisations and government to ensure access and inclusion is on the agenda. Alongside this she is a Board member of UK Athletics, British Paralympics Association, Active Essex and Sports Chaplaincy UK.

In 2014, Anne was awarded an MBE by The Queen for her services to Charity and disability sport.

“I find it difficult to sit and see unfairness and exclusion go on. So, the small role I play in presenting disability issues in a way that could dispel negative stereotypes and promote the rights and dignity of persons with disabilities is crucial.”

More than 350 nominations were received for the 100 places. The Power 100 is compiled by an independent judging panel, chaired this year by Baroness Jane Campbell.

UK Athletics has published its Diversity Action Plan which sets out the organisation’s approach and commitment to equality, diversity and inclusion. The plan, which will undertake progress revie...

Ramadan is a month-long period of fasting, prayer, and spiritual reflection. Observed by 1.8 billion Muslims around the world (just under a quarter of the entire global population), it is one of the...