Lodge Farm based Travis Perkins plc have announced they will be sponsoring Pride Northampton, the first time the firm has taken this step.

The Pride Parade on Sunday 26 June is organised by the Northampton Pride Committee and West Northamptonshire Council’s (WNC) LGBTQ+ and Allies Forum and aims to celebrate the LGBTQ+ community and encourage acceptance and equality for all. 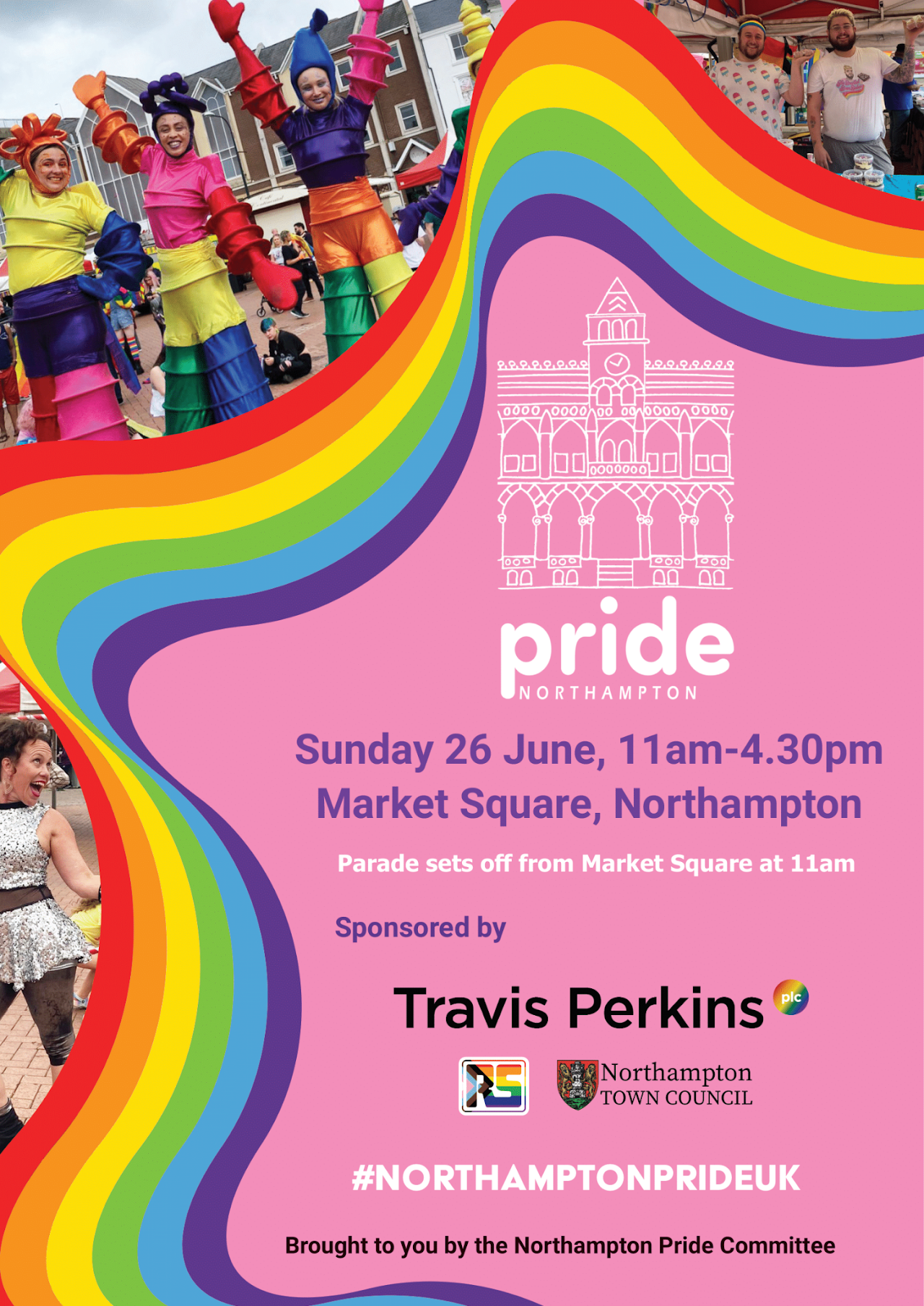 Travis Perkins plc employs 20,000 people at home and abroad, and 1,600 people just in Northamptonshire. They will be supporting the Pride Parade while highlighting what they do to support members of the LGBTQ+ community they employ and serve.

Cllr André González De Savage, Chairman of WNC, said: “When we use the word community, we don’t just mean neighbours, sports clubs and churches. We also mean businesses, especially those who employ thousands of people and pay salaries which are spent within the area.

“It makes me very proud to see not only a household name based in Northampton stepping forward to support its community, but also to see a historic business demolish old norms, to break new ground and open doorways to the LGBTQ+ community.”

All 20,000 Travis Perkins plc colleagues are being encouraged to use Pride to educate themselves on what it means to become good allies to lesbian, gay, bi, trans and questioning (LGBTQ+) and will mark the celebrations by taking part in a range of activities, including training, talks and debates.

They will also be encouraged to mark the occasion by wearing rainbow laces or dressing brightly during June to show their support.

Robin Miller, General Counsel & Company Secretary for Travis Perkins plc and sponsor of the Group’s LGBTQ+ network, said: “As one of the biggest employers in this area, we are delighted to sponsor this year’s Northampton Pride parade, which provides a great opportunity to celebrate diversity and support our colleagues and everyone from the local LGBTQ+ community.

“We are committed to become a more inclusive business that attracts a more diverse range of talents and people, so we provide a work environment that better reflects the diversity of the communities where we live and work,”

As well as financial and marketing support for the parade, Travis Perkins plc will also be recruiting during the event.

Performers, food vendors, stallholders, volunteers, and community groups are all lined up to take part in this year’s Northampton Pride which starts at the Market Square at 11am, with festivities continuing until 4pm.

Ben is the Service Desk Manager in our IT Service Desk department in Head Office. He’s been in his role for 5 months now, but part of the Travis Perkins Group for over 5 years. We spoke to him about...

The Travis Perkins finance team is down-to-earth, hard-working and always welcoming to new colleagues. Joshua Sole spoke to us about his experience of starting work in this busy department at Travis P...

Hannah joined us in early 2021 on a Fast-Track Management Apprentice scheme at our BSS branch in Croydon, and she was recently promoted to Warehouse Supervisor. We had a chat with Hannah to find out m...