Marco, Junior Comms Officer at PA Housing, takes an extended (but informal) look at how he Kickstarted his career 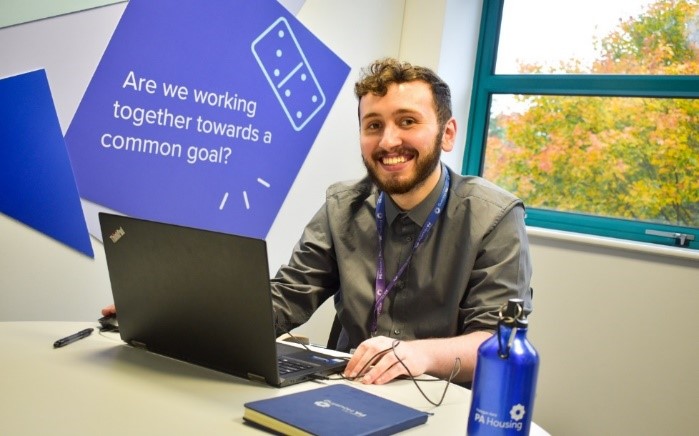 It is a mild Wednesday afternoon in Leicester. The bright white light of the sky peeks through the autumn branches that remain calm and still outside the broad office windows in front of me. Tasked with writing about my own career journey, my eyes flit back and forth between the vacant whiteness of the skies and the blank Word document on my computer screen. As I look around and see colleagues from many different backgrounds with their own unique stories, I feel… at home. With a wistful stroke of my scratchy little beard, I think of how different my life was just 6 months ago. And I may find myself, working as a Junior Communications Officer, writing engaging content for a housing association. And I may ask myself, “How did I end up here?”

Most stories start at the beginning, don’t they? Once upon a time, I was born in…  ah, that’s probably too early, isn’t it? No, I won’t waste your time with 24 years of backstory, I’ll give you the guided tour. For as long as I can remember, I have enjoyed stories. Writing them, reading them, listening to them, telling them, drawing them even. If I were to trace that back – to tell my ‘origin story’ if you will – then I would say that it stems from my dad and, sometimes, my grandma reading outlandish tales to me when I was a kid. So, throughout school, I always excelled at English. Even up to the point of studying it at university, I revelled in being that nerd at the front of the class whose homework everybody wanted to copy (sorry for the ‘humble brag’ there).

And yet, I never had a clear idea of what I wanted to do with this skillset that I had so tirelessly worked for. I was good, I wanted to be even better. That was it! Well, there was also some mythical idea in my head about being a famous author whose influential works ushered in a new era of social justice and world peace, but I needed more experience of the world before I attempted anything so ambitious (it’s still gonna happen folks, watch this space!). As a result, when the teaching and the social aspect of my master’s degree were cut abruptly short by you know what in 2020, I was kind of at a loss. One of the things I did to occupy my time was set up a freelance proofreading service online, but my orders were very… very… very… few and far between and I charged far less than my work was worth just to make people happy because that’s the kind of good egg I am. Also, I was still writing silly articles like this one back then too on a pay-per-click basis. The problem here being, the payment per click was something like 0.003p… and not very many people clicked on my articles in the first place.

It was approaching Christmas when I signed up for Universal Credit and it was not until the new year that I was asked to visit the Job Centre in the hope that they could find something that was suitable for my very particular set of skills. In the first meeting with my work coach, I explained my situation, as a creative sort of chap with a benign tremor (shaky hands) that would make it difficult for me to perform manual handling tasks. He reassured me and told me about the Kickstart Scheme, which is aimed at 16–24-year-olds across England, Scotland, and Wales. The idea is to give young people 6 months of experience to boost their CVs and get them on the career ladder. As somebody who was in the right age bracket and only had a small amount of experience in a formal workplace, the scheme seemed ideal. The first Kickstart role I was shown was a Social Media Assistant position at PA Housing. Having previously managed a meme page with over 85,000 followers on Facebook (another one of those humble brags, I apologise), this seemed like a perfect fit… and the office was only 15 minutes’ walk away from my house!

Lucky geezer that I am, I got the job. I faltered through some of my answers in the interview, but I was carried along by my winning smile and the way I demonstrated that I genuinely adhered to their company values. What’s more, working for a place that builds and finds homes for a diverse customer base, including vulnerable people, really appealed to my progressive sensibilities. It was surprising how quickly I started to feel like one of the team, working 5 hours a day, joining in with the quips and badinage in the office (love that word, ‘badinage’). Although I had never previously considered working in social housing, the role almost seemed tailored to me – it involved proofreading, interviewing people, and writing articles about them. In other words, exactly what I’m good at – communicating and being creative.

Another perk of being on the Kickstart Scheme was being invited to weekly employability sessions alongside other people on the scheme across the country. Run by Siobhan Cunningham and Lee-Anne Coe at Clarion Housing, the sessions would generally start with a virtual, 1-hour lesson designed to help us to become more employable. These sessions covered areas such as CV preparation, time management, and confidence and resilience in job searching. Throughout, we were able to contribute to the discussion by sharing our own tips with our fellow Kickstarts. After this, we would either have another lesson – this time from an expert in a specific field – or we could take the time back to focus on our career development. Not only this, but the helpful people at Clarion were always available for us to contact them and they were able to provide 1-to-1 sessions if we required them.

4 months after I had started, the planets and the stars seemed to align in a strange and specific way. A Junior Comms Officer role was advertised at PA Housing, which meant that there was a vacancy in a permanent role. The peculiar thing was that this position was very similar to what I was already doing and proving that I could do competently. Of course, it involved more hours and responsibilities, but my time in the Kickstart role had prepared me to take on a bigger challenge. Using all the tools at my disposal – namely, the advice I had received in my employability sessions – I got to working on my new CV and my application. AIso, I organised a mock interview with Lee-Anne from Clarion which was a huge confidence boost (it went amazingly!). Then, sure enough, I repeated my success in the real thing, and I felt much better about it than my first interview with PA too. 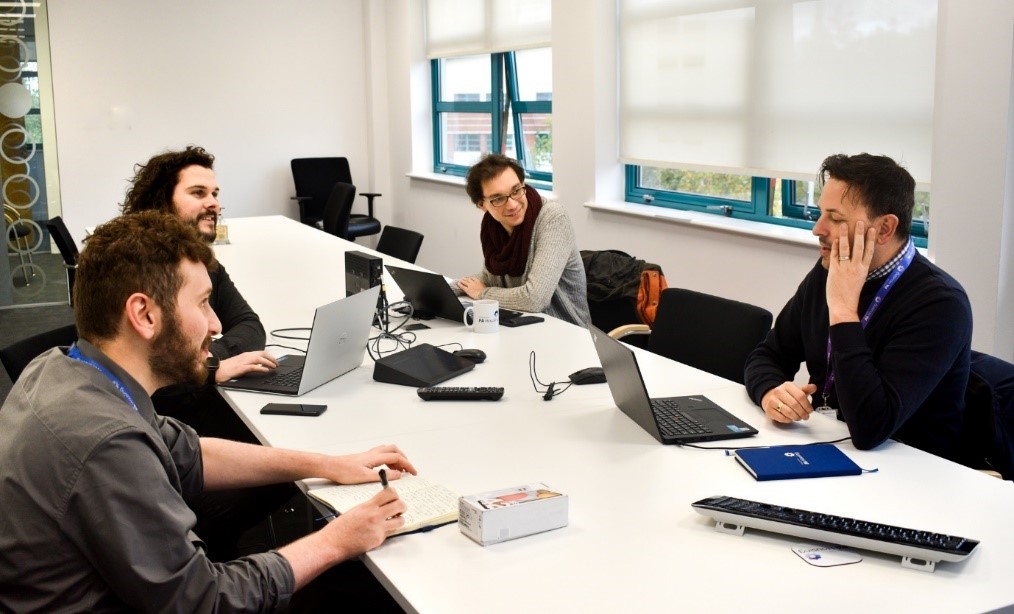 Pictured: Marco in a meeting with some of the Comms Team at PA Housing.

So, here I am, Marco Cardoni – Junior Communications Officer at PA Housing. I’m really enjoying it so far as I know that I am supported by a team who are informative and a pleasure to work with. If you had asked me what I would be doing in a year’s time in November of 2020, I would probably assume it would be the same as it ever was – just doing odd bits of freelance work while stuck at home for very little reward. To be honest, I only had a vague notion of what a housing association was a year ago, but thanks to everybody who has advised and directed me along the way, I have found something that I very much enjoy doing.

Therefore, I hope that my story can inspire other young people who perhaps feel a bit directionless at the moment, or as if they are not really getting anywhere with their passion projects. Finding an enjoyable career path may seem unlikely sometimes, but it is not impossible. Now, as I review my over-filled Word document, into which I have poured a passionate tale of triumph and good fortune, a hint of sunlight breaks through the clouds and the sky is awash with gold and blue. And, as I bask in this little ray that seems to shine directly onto my forehead, I think to myself… “I’m one lucky egg!”

February was LGBTQ+ History Month in the UK, and we would like to take the opportunity to highlight this event by sharing some media recommendations from the marvellous people here at PA Housing. It...

From the Kickstart Scheme to living the dream

Meet Lucy Hill, our Tenancy Solutions Apprentice at PA Housing Hi, I’m Lucy! A few months ago, I started at PA Housing through the government’s Kickstart Scheme for 16 24-year-olds looking for empl...