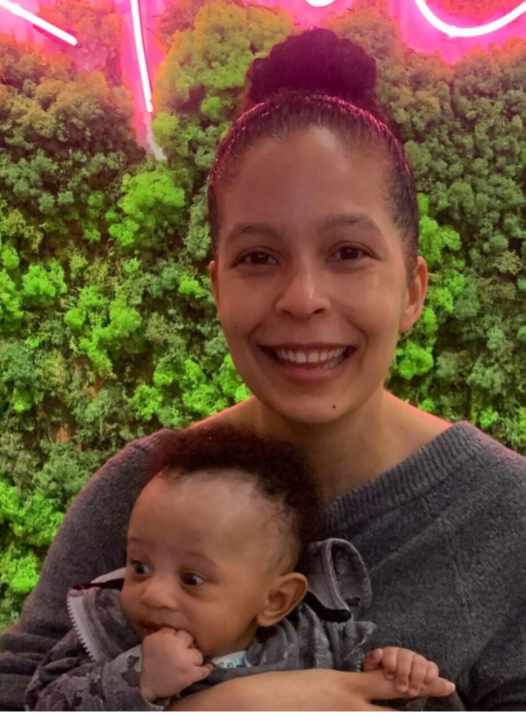 We caught up with Dionne Bowie, health technology assessment analyst in the medical technologies evaluation programme team, in the Centre for Health Technology Evaluation. Here, she tells us a little bit about herself and her recent work in helping to set up our new race equality network.

It’s time to get to know some of the newer faces at NICE! We're starting with Dionne Bowie, based in Manchester, who joined NICE in March 2021.

Tell me a little bit about yourself.

I’m originally from Barbados, and I moved to the UK 4 years ago to take up a role in the NHS as a research fellow doing research into digital mental health. Everyone always asks me about the

change in weather coming from Barbados! But I do have family here, so it was not really that shocking.

How are you finding working at NICE?

People think it would be difficult starting under lockdown, but it’s been great. You do have those small moments that you miss – like when you pop to the kitchen to get a coffee or a tea, and those kinds of small chats. One of the great things about working at NICE is that you feel like you have impact. Which is important for me in what I do.

You’re involved in the setup of one of the new staff networks, the race equality network. How’s that going?

I saw the email and I thought ‘Oh, that looks interesting!’ One thing about working here that strikes me is that part of the culture is being involved. I see a lot of people in my team or other teams doing things outside of their day to day roles. I thought this was a good opportunity for me to do that. And that this was something that could potentially impact me.

What are the next steps for you, and for the race equality network?

The next step for the network is to really get it off the ground and launch it. And then we want everyone to get involved, staff from black, Asian and minority ethnic backgrounds, as well as allies.

The race equality network ran a recent NICE Space poll asking colleagues what was the most important thing they'd like to gain from the network. The results came back that 55% of responders wanted a safe place to talk and raise issues or concerns, and 37% wanted to push through the career progression barriers.

We're hoping that it’ll be a safe, supportive space where people can come along, share their experiences or raise issues or concerns, or just listen to other people’s experiences. And hopefully it will become a community that can bring about positive change within NICE.

People are, of course, welcome to join more than one of the networks. It really is all about equality, diversity and inclusion. Do not feel that because there are 3 networks you have to just pick one! Feel free to join all 3. They're open staff networks for everyone to get involved in.